Letters to Home: I Still Need to Remember

This month I found myself realizing I am not totally out of the closet yet. I know those that know me know I am a lesbian, but what I realized last week was that I’m still in the closet when it comes to meeting new people. Here is what happened that made me realize I still like to hide my identity from the world.

My office decided that we should show our support for the Atlanta Braves as they were in the league playoffs. So, on the last Friday the Braves played this year, my office encouraged everyone to wear our Braves gear to work as a sign of support.

My first thought was: I don’t have any Braves gear!

My second thought: Wait, there’s a red T-shirt I got when the Braves were creating a red ribbon on the field in honor of people with HIV/AIDS. It was great fun that year. The grass on the field is sooo thick. It was a really great experience. But that was ages ago, the 1990’s or early 2000’s. And that T-shirt probably has a hole or two in it by now. 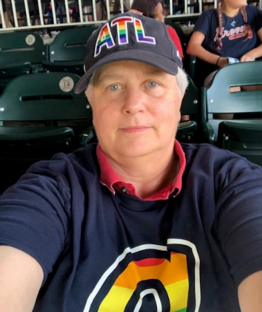 My final thought: Oh wait, a friend and I did go to the Braves’ “Gay Day” celebration games in 2018 and 2019. I have a T-shirt and a hat left over from those. But they have rainbows all over them.

I didn’t want to offend any clients, so I went to my boss to ask for permission to wear this Braves gear.

The response I got was overwhelming love toward me that brought tears to my eyes. My boss said I had permission to wear my rainbows any time I wanted to. He also said that everyone that enters our office knows I am gay, and that it isn’t a big deal.

Another person in the office said they were “100 percent behind” me wearing my rainbows. They said that if I were given a hard time, they’d have my back.

I’m replaying it in my head: My boss literally said, “We have your back.” Wow.

Yet I still tend to hide from the public. After 40 years in the closet, it’s easy to run back inside it so as not to offend people. Yet it felt so good to be openly accepted just now.

I’m still working on letting my guard down, but it’s hard to stop old behaviors at times.

I still pause when meeting a new person and take on a (probably overly) friendly stance so as to “fit in” — because I still tend to want to be more acceptable to everyone that I meet.

Things I know but often forget:

I know that list should probably be longer, but I think it’s the core of the concepts I need to keep reminding myself of. I know you love me, bro. I am grateful for all my family and friends that encourage me to be me.

We all need to remember what Jesus said to the Pharisees was God’s most important command, in Matthew 22:37-40:

Jesus said, “‘Love the Lord your God with all your passion and prayer and intelligence.’ This is the most important, the first on any list. But there is a second to set alongside it: ‘Love others as well as you love yourself.’ These two commands are pegs; everything in God’s Law and the Prophets hangs from them.” 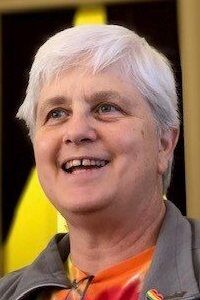