Time for Gay and Lesbian Catholics to Speak the Truth

“The Holy Roman Catholic Church has been waging a public war against gay people for too many years,” said Joe Murray, U.S. convener for the Rainbow Sash Movement in his opening remarks. “In New York, Boston and Chicago, they have used their considerable political clout to oppose every Gay civil rights issue that comes up. They do this on a regular basis, whether it has to do with housing, jobs, or other issues.

“More recently, they publicly refuse to give communion to people identified as Gay or supporting Gay rights,” said Murray. “And this comes even after the whole world learned that many of these same bishops consciously placed Catholic children in the paths of known, dangerous pedophiles.

“Now these bishops would have you believe they are cleaning house by screening out priests and seminarians with gay orientations. This is another deliberate sham. Keeping out gay seminarians will do nothing to rid the Church of pedophiles, for whom gender of the victim is not very important. Instead of understanding pedophilia, it is easier and cheaper to attack the most vulnerable: gay seminarians.

“We’ve just concluded World AIDS Day,” said Murray, “and the millions of people today who have AIDS is testament to the disaster created by deliberate ignorance. So long as AIDS was confined to those on the low rungs of society’s ladder, it could be overlooked, as it was for the Regan and first Bush administrations.

“Are we now to wait for history to repeat itself? Will we have another round of victims of pedophilia coming forth in 20 years because the bishops, the Holy Guardians of Public Morals, chose to attack gay men instead of really addressing the issue of pedophilia and the safety of children when left with priests?

“The second category of victims here are those dedicated priests for whom child molestation would never be remotely considered. They are dedicated to their work and do the best job they can. But because the bishops choose to not focus on the real problems of the Church in society, even our good priests will not feel comfortable when left alone with children. Removing dedicated gay men from the priesthood is not a solution to anything.

“It’s time for these bishops and for the Pope himself to come to grips with reality. We’re talking about an emotional disorder called pedophilia. Gay pedophilia or straight pedophilia, it’s still pedophilia. But it’s far more common among straight men than it is among gay men.

“I call upon the Church to stop its attacks on gay men and lesbians around the world. Yes, God made us this way, just as He made straight people straight. We celebrate our diversity and urge the Church to throw off its rigid, mistaken thinking on this issue. If the bishops are to exert any moral authority in the 21st Century, they must stop attacking groups of people whose similarities are far greater than the differences.”

The Rainbow Sash Movement was founded in 1998. 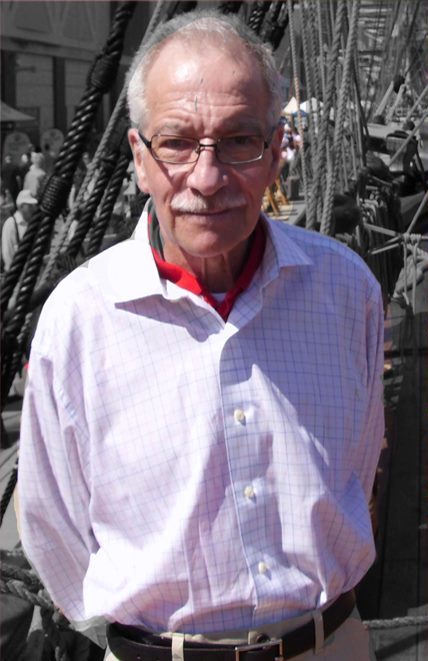 A longtime member of Immaculate Conception Catholic Church in Chicago, Ill., Dennis L. Kluge served as director of interior architecture at Legat Architects, was active in the International Interior Design Association, and served as an adjunct professor at the Harrington Institute of Design.