A few years back, during a town hall forum on marriage equality, an undergraduate student, possibly a freshman at the University of South Carolina, rose from the back row of a crowded auditorium to ask a question. Citing his background as a child growing up in a predominantly African-American church, he asked, “Does the Bible not condemn this? What about God? Does God not condemn this?” A person on the stage with the panelist called the question inappropriate for a scholarly, intellectual discussion. Immediately though, two panelists raced one another to the mikes. One was from the Lambda Legal Defense Fund; the other, from the South Carolina Equality Coalition. They raced to address the young man’s question. Undoubtedly, the question had crossed the minds of others in the auditorium, and assuredly, the panelists knew it needed a response. They spoke of their own faith struggles as an openly gay man and an openly lesbian woman. They spoke of the struggles of others. They could identify with the young man’s concern and assured him that they had found peace, a greater peace in living honest, loving lives with their families and their friends and their God. In achieving anything positive, the question had to be addressed. And they knew that. And they did address it. I believe that more and more what we considered the organized gay and lesbian, bisexual and transgender movement for basic human rights has come to realize that religion, the spiritual component of our lives and those of the ones who oppose us cannot be ignored. We have always been a deeply spiritual, even a deeply religious people. The preachers, the nuns, the choirs, the musicians, the priests, the lay leaders in houses of God throughout the ages have included an overwhelming number of sexual minorities. That is true even in those non-Christian, non-mainline religions. In this thing called Christianity, our godly gifts were given most frequently without an open understanding of who we were and how we were created. It is no accident, then, as more and more gay, lesbian, bisexual and transgender people live open lives, truly divinely ordained existences in the light and love of God, that our battlefields are most often in the religious institutions. God has chosen to make humanity with bodies, minds, and spirits. The sexual minorities, sometimes the sexual outcasts, of our community are no different. If anything, we must acknowledge that we are inclined to great spirituality, just as it might be said we are inclined to the arts, music, and caring endeavors. More and more of our people are seeking the wholeness that fully honest religious lives can bring. We are living out our faith and seeking greater ways to do so. Sometimes, I imagine we seem to be the only ones struggling to find leadership roles in the church. Are we the only ones competing to get inside church doors? Denied this openness for so long – this congruity of self and sexuality and spirituality – how hungry and thirsty our people are for encounters and experiences with God. We bring health and wholeness, never known before in some bodies of faith. From my experience, the body of Christ cannot be complete without us. Many institutions – particularly mainline Christian ones – are struggling to answer the questions and concerns of young people, including those that come from the fringes, people like college freshmen. Gay, lesbian, bisexual and transgender people are living out the answers to those questions and concerns – and doing it well. 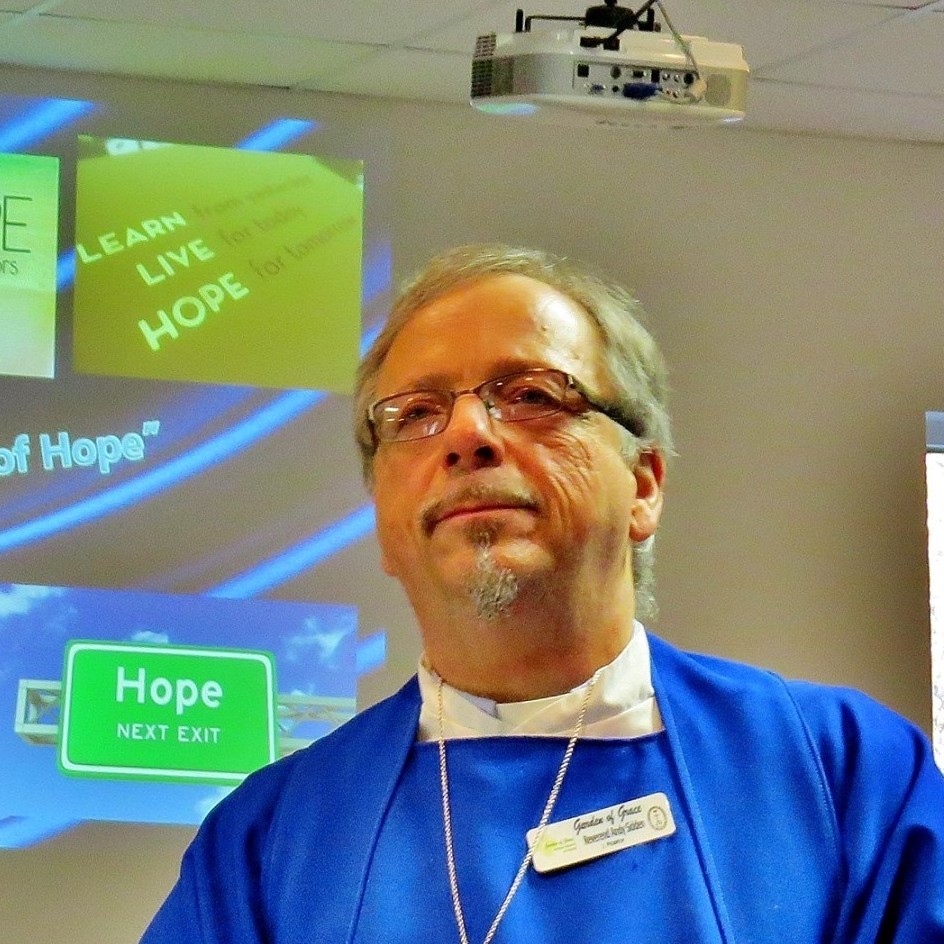 Second pastor of Garden of Grace UCC in Columbia, S.C., Rev. Andy Sidden was selected by Barack Obama to deliver a message of tolerance to audiences attending a controversial 2007 gospel concert scheduled as part of his presidential campaign and featuring Donnie McClurkin, who had made statements that homosexuality is a curse that can be cured through prayer. Garden of Grace was formed in 1993 as Metropolitan Community Church of Columbia.