Take all the colors of the rainbow, mix them together and what do you get? You get a very dark shade of brown you might as well call Black. This is metaphorical as well as literal when it comes to explaining the place of Black people in the vast tapestry of humanity.

Now we know that “race” as it applies to different physical genetic characteristics within the race Homo Sapiens is a misnomer. We are not different kinds of human beings. But based on our appearance, we can readily assume for most people what continent the stock of one’s heritage descends from.

For me, Africa is on my face. I am of the genotype from which all other genotypes descend.

Blackness is the mitochondrial mother of all of humanity. This is not cultural propaganda. This is science.

As humanity populated the globe less than half the time of our existence from our starting point on the equator, just as siblings can have just enough variance to be identified as different individuals, races or “genotypes” developed exactly like certain families to have certain physical characteristics like height, hair texture or a gapped smile which differentiates them from other families. It was like differing light waves, climates and available foods refracted the Black Prism, and all characteristics it comprised were given expression, just like a crystal does to white light.

Instead of embracing the beauty of our diversity and seeing one another as relatives, we decided to make our looks a fault line upon which to divide ourselves and judge one or the other as superior to the next, to exploit and engage in genocide. We are not different kinds of human beings; I repeat for emphasis.

So, what does it mean for me to be Black and Gay in a society which has marginalized and oppressed both identities? Why is Black History Month important to me and why do I still see it as necessary?

“Negro History Week” was founded by Carter G. Woodson in 1926, during the height of The Negro Renaissance Era, one full generation after slavery. My own grandparents were young children at that point in time.

Many people then had grandparents or great-grandparents who vividly remembered slavery days on first account, but by this point, we had Black colleges and universities, Black banks, and insurance companies, and thriving and prosperous all Black communities.

We were taking advantage of all opportunities available to us while still being lynched and shut out of the electorate and public accommodations in the South. This was all done by self-reliance. It was felt then that a narrative that respected and esteemed who we are and what we have come from was needed. This was nothing different than what the Jews did to preserve their legacy and lessons and esteem their cultural heritage with the Torah, Christians now refer to as the Old Testament.

50 years later, the Week was expanded to a month-long celebration in 1976.

I was born in 1982, just six years later. I attended Dr. Martin Luther King Jr. Elementary School in Baltimore, Maryland. Most of my teachers were Black, and so Black History Month was a high-water mark moment in the scholastic year during my formative years.

Year after year, it was mainly the same conversation as stale Christmas traditions can sometimes be. We would watch Roots, The Miniseries like we’d watch A Christmas Carol in December.

As a youngster, it would often fill me with anger and resentment at the atrocities and indignities my ancestors had to endure. What my parents wanted to instill in me was a pride in our resilience as a people and I picked that up too, but I never forgave how the luck of being born Black in this society would arrest the full experience and expression of their lives and doom them to an inherited life of unearned struggle.

I remember making a defiant decision that I would never accept that for myself. I am here by GOD’s decree, and everyone else is just going to have to deal with that. I was determined to make the problem all theirs and never mine. I had done nothing wrong for being born the way I looked at to whom my affections are directed, so therefore I would suffer no consequences so far as I could help it.

This has been my attitude since a child; maladjusted. No, I will never become comfortable and accept things the way that they are. This was the disposition I had taken upon discovering that my newly chosen state of Georgia had written into law an amendment robbing me of the hope of legal marriage the way that I would have it and have an equal right to have it like anyone else. Therefore, I went to war with my state as an activist with every ounce of power I could muster as an individual.

Where did I get the idea of being a problem to those who make themselves a problem to me? To those who would deny me enjoying all the rights and privileges deeded to me as an American?

“The only weapon we have is our bodies; and we have to tuck them in places so wheels don’t turn,” said one Bayard Rustin, an early out and proud activist who suggested that we make ourselves into angelic troublemakers. He was the link transferring the method of nonviolent civil disobedience from Mahatma Gandhi to MLK, and this proved to be a very effective fighting style for a minority population not equipped to engage in physical combat with a hostile oppressor. We battled on the grounds of morality and justice because racism is the flawed concept that would find no leg to stand on in this contest.

When I felt the need to express myself as fiery with passion, being suspect for being gay would often subvert my personality and my energies. But then I could look to Little Richard who blew the status quo to pieces with his androgynous appearance and intense energy as he was giving birth to Rock and Roll. He was here by GOD’s decree and he was making the rest of us deal with him like a hurricane, a force of nature that comes only once a generation. The music scene was never the same in his wake, and it helped to stir the nation in rhythm toward integration.

As a writer, and poet, I could articulate the Black experience of my time as melodious as Langston Hughes. I could think and help raise the consciousness of anyone willing to spend a moment with my words like James Baldwin did and aid the necessary shift of the paradigm within our society.

I too have something to say. They were all Black and Gay like me. We are the rainbow in the Black Prism and have always been there.

This is why we have history. It is not just to enjoy great stories. It is a passing of the torch. Black History was never intended to end with those antiquated Black portraits of our fierce and proud ancestors who whisper to us today.

We are the Black History of the future. There is still more work to be done. Life still ain’t fair, and we should never accept that so long as we have breath in our lungs. 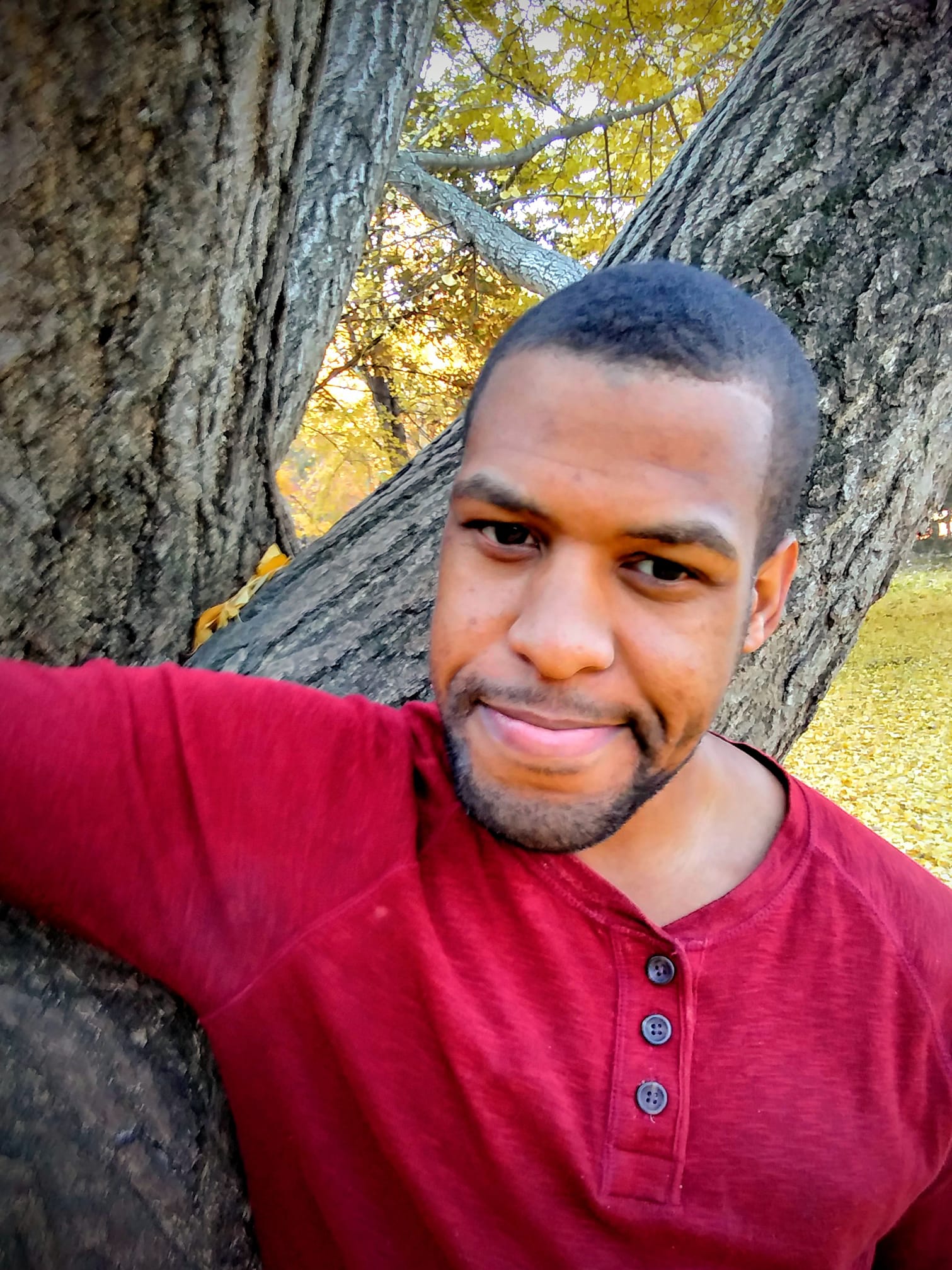 Avid runner, writer, nature photographer and Baltimore native Branden Mattox is currently at work on a collection of short autobiographical stories and essays titled Love Gently, Live Fiercely, designed to illustrate these two core principles he lives by and was taught by his late mother. A biology major who graduated as an English major, he uses writing to illuminate the philosophical journey he began at age six, balancing art and science. He has lived in Atlanta since 2010.