A recent study, “A longitudinal study of attempted religiously-mediated sexual orientation change,” published in The Journal of Sex and Marital Therapy has been hailed by conservative US Christians in publications and websites as a breakthrough. A Christian political group in Australia, the Salt Shakers, was quick to follow, announcing ‘Homosexuals Can Change’. A leading expert in the field of ‘ex-gay’ ministries in Australia has a different opinion; he says the study is misleading and the promotion of such creates mental health issues in individuals and breaks families apart.

The authors of the study, Stanton Jones and Mark Yarhouse, are both professors at conservative Christian universities. The study was taken over several years of 98 participants who were part of Exodus International ministries. Exodus International is an umbrella organisation of ‘ex-gay’ ministries worldwide which believe homosexuality is a sin and, as their slogan says, ‘change is possible’.

Anthony Venn-Brown has been working with ‘ex-gay’ survivors (gay and lesbian people who once tried these programs but eventually came to accept their same sex orientation) for over 10 years and is deeply concerned about the impact this false promotion can have.

According to the Salt Shakers website, more than half were reported as successful in the programs and 23 percent reported a complete change in orientation after six years.

“This is not just misleading, by ignoring the fact that 37 people (38%) left the programs, it’s downright dangerous” Venn-Brown said. “When you do a thorough analysis of Yarhouse and Jones findings you are lucky find 14% who had some degree of change. But of course we need to define what ‘change’ or ‘success’ is. According the study change is celibacy, a suppression of homosexual desires, rejection of a gay identity or having sex with a woman. This is not a change from a homosexual to a heterosexual orientation as Christian conservatives are boldly stating,” Venn-Brown added.

Venn-Brown’s claims are backed up by a statement on the researchers own website which says, “change of homosexual orientation may be possible through involvement in Exodus ministries, either a) in the form of an embrace of chastity with a reduction in prominence of homosexual desire, or b) in the form of a diminishing of homosexual attraction and an increase in heterosexual attraction with resulting satisfactory heterosexual adjustment. These latter individuals regard themselves as having changed their sexual orientation; the former regard themselves as having re-established their sexual identities to be defined in some way other than by their homosexual attractions.”

Jones also clarified their findings by saying “A typical hetero male finds himself attracted to a wide range of females. But among the successful people who reported conversion the typical response was I’m very happy with my sexual responses to my wife, but I don’t experience much hetero attraction to other women. Also, when asked and pressed about whether they still find attraction to men, they will say: ‘Yes, if I let my mind go in that direction.’

Venn-Brown calls ‘ex-gays’ that get married and have a level of heterosexual functionality nothing more than ‘situational heterosexuals’.

“Just like some heterosexuals might have same sex experiences in an environment like prison. This is not a change in orientation it is a behavioural change in a particular situation,” Venn-Brown asserts.

“The thing that concerns me the most about conservative Christian groups like the Salt Shakers making false claims that homosexuality can be cured is the impact this has on individuals and families. If you are in an anti-gay conservative Christian culture there is a dearth of ignorance about sexuality and enormous pressures to conform. When an individual is struggling to come to terms with their homosexuality this kind of irresponsible spin increases the likelihood of mental health issues, depression and suicidality. Also Christian parents are given ammunition saying, ‘see, this study says you can change, it’s a choice,’ and they put enormous pressure on their gay children to convert. They may even throw them out of the house when they accept being gay and come out. I know too many examples where all of these things have tragically occurred,” Venn-Brown said.

“In Australia, the most extreme cases I have come across, the parents have paid for prostitutes to try and convert them, flown them to the US for treatment or even beaten them. These have all occurred in Christian households. The recent story of a young man in the US where his father beat and tortured him because he was gay is horrific, but true,” Venn-Brown concluded. 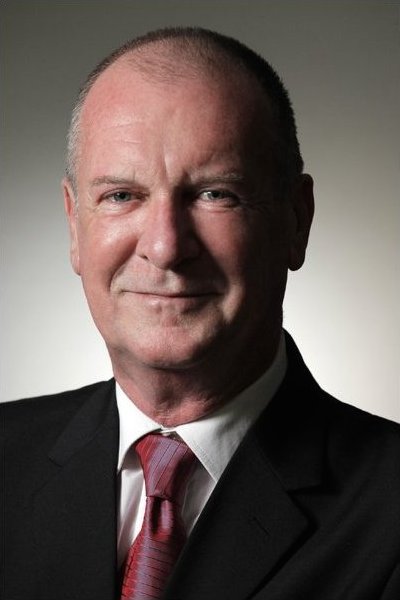 A former evangelist in the Assemblies of God, Anthony Venn-Brown OAM is the author of A Life of Unlearning, which depicts his experiences in Australia’s first ex-gay program.