Recently, I received news that the Wethersfield United Church of Christ voted to withdraw from the Connecticut Conference of the UCC because of the acceptance of gays and lesbians and the position of supporting legal recognition of their relationships. The Wethersfield congregation is the largest church in the Conference.

One does not like to exploit the misfortunes of others. It is appropriate to receive news like this with some respect for the hardship and difficulties it must be causing in the Connecticut Conference. At the same time, however, I think it important not to grieve overmuch by departures such as this. As we listen to the problems surfacing in other denominations such as the Episcopal Church, the Baptists and our own United Methodist Church, there is a tendency to portray what is happening as “unfortunate divisions” and to allow those who reject inclusion of homosexual persons to claim the moral high ground by their willingness to stand for their convictions and beliefs.

It is well to remember that those who choose to separate over the issue of homosexuality in the Church are doing so of their own free will. No one is pushing them out the door. No, this is their decision and their response to an interpretation of the Gospel which welcomes gay people as equal members of the Baptismal covenant. For an ancient parallel, consider the response of the Early Christian communities to the inclusion of uncircumcised Gentiles. Some of them ‘drew back’ and no longer associated with those communities that welcomed the Gentiles as Christians without their first having become Jews.

As a queer person myself, I must tell you that there is a part of me that rejoices over the news of such departures. I rejoice, because at long last some in the Christian community think that gay people are more important than preserving institutional unity at all costs.

Many LGBT people have had to face similar losses as a consequence of ‘coming out’ to their families, their friends, their employers, and yes, sometimes their very lives. Indeed, coming out has been exceedingly costly for us. Yet it must be done to become whole human beings who aren’t living shadow lives subject to intimidation from without and self-loathing from within. The fact that enough of our people have gone through this coming out process that it results in other people having to replicate the coming out decisions in terms of whether they will continue to associate with us is ultimately a good and positive thing. It means that those who are most firmly attached to their homophobic beliefs are at last having to experience some of the pain that for decades, no, generations, they have complacently imposed on gay people. Anglicans who believe that they are losing their beloved Episcopal Church because of the inclusion of Bishop Robinson are now beginning to sense just a little of the alienation that they unwittingly imposed upon queer people who were tolerated so long as they didn’t ‘flaunt’ their sexual identity.

Queer people have been estranged from middle class life and mainstream Christianity for as long as these have existed in the US. Now, for the first time, churches are beginning to welcome them in. Many LGBT people have been so badly burned by churches that they are unwilling to accept the invitation. They rightly point out that the churches have a very long way to go before they address the causes of homophobia and sexism in their common life. I understand that hesitation. It is evident in the waffling of church leaders who see the moral imperative to welcome gay people, but who lose their nerve when it comes to paying the costs. The churches aren’t ready yet for so dramatic a change, they reason. So they delay and procrastinate or settle for halfway measures. Unfortunately, such moves sends the message of wavering conviction to those whose minds are already closed and made up. Instead of challenging such certitude, it reinforces it. The worth of lesbian, gay, bisexual and transgender persons in no way should be compromised in order to entice to stay those who refuse to accept their full membership in the baptismal community of faith. There is nothing left to discuss if the discussion has to begin at a point where God’s grace and acceptance of LGBT people is put into question. In short, what this is about is coming out. Either one comes out as believing in gay people as part of God’s good creation, or one rejects that as a false interpretation of the Gospel. There isn’t any wiggle room left that does not compromise the integrity of LGBT people.

That is the decision before the churches, and before our society. Are we worth the costs of coming out? Is this Jesus’ invitation to the churches to welcome the stranger? Or is it an unscriptural distortion of the Good News? That is what we queer people have had to decide about ourselves. Now, at long last, the question is having to be faced by others, our families, friends, colleagues, and yes, even our churches. And in the balance is not just how we will be treated. No, this isn’t just an act of charity toward an oppressed minority. No, those who make the decision to come out with us will be forever changed and never be the same again, just as we are. We are not the same people we once were. We are a new people and our lives have been transformed by the struggle. Once we were ‘no people’ and now we are God’s people, liberated from our fears and self doubts and able to face up to the ‘powers’ of this world as those who possess their own souls and able to give up those very things we had counted on for our identity and security.

Nothing less is what is now required of the churches. We are here to tell you it is worth it. No matter who leaves or what they may say about us, it is worth it. If push comes to shove what will your decision be? What will your congregation decide? As the old union song put it, “Whose side are you on, whose side are you on?” And the choice, like in those days is either to cross the line and work for the status quo, or join the picket line and stay out. There is no middle ground left. 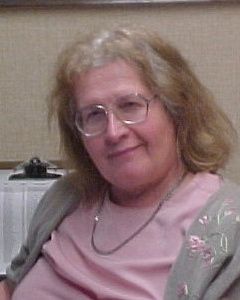 Assigned male gender at birth as James D. Flynn in 1938 in Chicago, Illinois, Rev. Sarah Jean Flynn earned her bachelors in anthropology and history from the University of Texas in 1961 and that same year married as a male. She moved to New Jersey to study at Drew Theological School, where she earned her M.Div. in 1968. She transitioned in 1978 following the dissolution of her marriage. For years she served as a United Methodist supply pastor in Connecticut and became pastor of a small parish outside Hartford. In 1995 she ended her pastoral service to the United Methodist Church and became a member of an Independent Catholic Church and was received as a priest in that communion. In 2003 she and her partner Joanna Cole moved to Burlington, Vt., where they became the first same-sex couple to be legally married in the Episcopal Cathedral of Saint Paul, on All Saints Day, November 1, 2009.