I’m hearing both gay and straight people say that the long string of losses we’ve faced at the polls around marriage equality are really our own fault; our community pushed too hard and too fast, they argue. The prominent theme being generated is that we have failed to “educate” the public about who we really are and get beyond the stereotypes of leather people, butch dykes, circuit boys and drag queens – and that it is now our obligation to reintroduce ourselves to the American people. I also repeatedly hear that it’s up to us to reframe the terms of the debate away from “moral values” to simpler concepts, such as fairness, which polls indicate resonate most with the public.

I disagree. This is nothing more than the blame-the-victim mentality afflicting our nation generally and the lesbian, gay, bisexual, and transgender (LGBT) movement specifically.

Rather than reframing the debate away from moral values, we must embrace them. Or more precisely, the utter immorality of the escalating attacks against LGBT people. And, equally, the utter immorality in the failure of so many people of good will to stand with us. It is time for us to seize the moral high ground and state unambiguously that anti-gay discrimination in any form is immoral.

Webster’s defines discrimination as “unfair treatment of a person or group on the basis of prejudice.” By any measure, LGBT people are targets of discrimination in employment, housing, and public accommodations. FBI statistics show that more people are being murdered because of their sexual orientation than for any other bias reason. Our young people are still routinely bullied in schools. The examples of injustices in the area of partner and family recognition are too many to list.

No thinking or feeling person can deny these realities, which, as always, fall hardest on LGBT people of color and those who are poor.

But, alarmingly, rather than seeing a groundswell of support for measures to combat these injustices, the opposite is occurring. In Congress and in statehouses nationwide, it’s rhetorical and legislative open season on LGBT people. For example, over the last nine months, anti-marriage state constitutional amendments were put on the ballot in 14 states, 10 of which also prohibit the recognition of any form of relationship between people of the same gender. It’s likely another 12 states will have similar measures on the ballot within 3 years.

Nothing like this has happened since the Constitution was ratified in 1791 – essentially a national referendum inviting the public to vote to deprive a small minority of Americans of rights the majority takes for granted and sees as fundamental.

And who’s been there to fight these amendments? Basically us, the very minority under attack. Mainstream media and churches are largely silent to our opponents’ lies. Most progressive organizations and political campaigns, meanwhile, steer clear. There have been sterling exceptions, but they have been few and far between.

Many people who see themselves as supporters of equal rights for all tolerate this because they believe prejudice on the basis of sexual orientation is profoundly different than that based on race or religion – that it comes from an understandable disapproval of our behavior – not on some “immutable characteristic.” Homosexual behavior, they feel, is “unnatural” (doesn’t the Bible say so?). Pundits say there is an “ick” factor – that the thought of gay sex revolts non-gay people, and that this seemingly innate reaction is proof there is something wrong with homosexuality.

This rationale is hardly unique to gay people. Scholars point to comparable “ick” sentiments about Irish immigrants in the 1880s, and describe how in preceding generations sexual ideology was used to strengthen control over slaves and to justify the taking of Native American lands, and that for centuries Jews were associated with disease and urban degeneration.

Fact is, there is no justification for anti-gay prejudice; the “justifications” for it are as unfounded as those used to support the second-class treatment of other minorities in past generations.

So, what needs to be done?

First, everyone must realize that when straight people say gay people should not have the freedom to marry, they are saying we are not as good or deserving as they are. It’s that simple, no matter how one attempts to sugarcoat it.

This is unacceptable – and it is immoral.

Second, while we should talk to straight people honestly about our lives, we must flatly reject the notion that we are somehow to blame for all of this because we have not effectively communicated our “stories” to others. Fundamentally, it is not our job to prove to others that we can be good neighbors, good parents, and that gee whiz, we’re actually people too.

Third, equality will remain elusive if we keep relying on intellectualized arguments or by dryly cataloguing, for example, each of the 1,138 federal rights and responsibilities we are forced to forgo due to marriage inequality.

The other side goes for the gut; it’s now our turn.

In this vein, we must put others on the spot to stand up and fight for us. As the cascade of lies pours forth from the Anti-Gay Industry, morality demands that non-gay people speak out with the same vehemence as they would if it was another minority under attack. Ministers and rabbis must be challenged with the question, “Where is your voice?” Elected officials who meet with and attend events of the Anti-Gay Industry, must be met with the challenge, “How can you do that!? How is that public service?”

The orchestrated campaign to deny us jobs, family recognition, children, and housing is immoral. Silently bearing witness to this discrimination is immoral.

America is in the midst of another ugly chapter in its struggle with the forces of bigotry. People of good will can either rise up to speak for lesbian, gay bisexual and transgender Americans, or look back upon themselves 20 years from now with deserved shame. 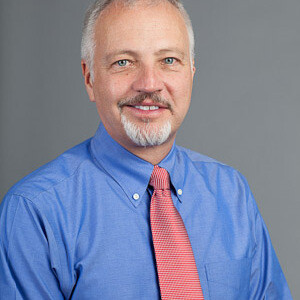