For Many, Why Is Homosexuality the Unforgivable Sin in America?

Jeff Ellis and his wife Patti have produced a Web site called Family Acceptance in the wake their eldest son’s revelation that he is gay. Jeff and Patti struggled with their son’s sexual orientation and what their response should be. Since coming to grips with their own homophobia and resistance to the idea that their son is normal, despite what society might say, they have fought a tireless battle for the rights of gays and lesbians. Their site is one way that they reach out to parents who may find themselves in a similar struggle with their children’s sexual orientation. What follows is a letter Jeff wrote to The Citizen newspaper in Fayette County, Georgia.

Just for the record, [The Citizen in this space in July published] the fifth disparaging article toward gays in five months. William Maier is proficient at finding any subject and twisting it in an effort to demonize all homosexuals for the failings of a few.

No one ever claimed that all homosexuals were saints; but don’t try to portray all of them as demons. When you continue to parade these “so-called” Christian-based writers with their anti-gay slander, you are directly insulting the integrity of my son. You also are guilty of spreading the hatred that gays and lesbians must face on a daily basis.

However, you are in very good company. When Jerry Falwell and Pat Robertson claimed the terrorist attacks that killed thousands of our fellow citizens were the direct manifestation of God’s anger toward homosexuals, what was the message? It was certainly not love or compassion. It was, however, that any association with gays and lesbians could bring God’s wrath upon you and your family.

And, yet, these same self-proclaimed “men of God” become indignant at the suggestion that these kinds of distortions might have contributed to Matthew Shepard’s murder or other violent acts.

Imagine the effect these messages, from respected Christian leaders, have on impressionable, violence-prone youth. Vile distortions, presented as Biblical truth, reduce many of God’s children to nothing more than game for a predator.

I will try to explain how this subject has affected my family. Until recently, my prayer and God’s response remained constant. For four years I continued to pray that Adam would be changed but God refused to grant my request. My son told us that he was gay and that his same prayers got the same response. He had assured us that this wasn’t his choice and we had no reason not to believe him.

Adam has always been an “ideal” son. He always strived to do the things that made us proud. No parent should be put in this position. I love my son but nothing from my upbringing endears me to homosexuality and we still need to maintain the respectability of our family. How do we continue to convince Adam that we need to keep this a secret without him feeling as though we are ashamed and embarrassed by him?

We’re a good family. Why did this happen to us? If we could just remove this one obstacle, he would be on the fast track to happiness and success. Everything about Adam makes him a winner except this and if he is discovered to be gay, all bets are off.

Homosexuality seems to be our unforgivable sin. This country is so sensitive when it comes to discrimination and yet we have an unwritten pact that it is socially acceptable to openly discriminate against gays. The military, which is big on honor and integrity, wants them to pretend, the business community can fire them at will, the church holds them to a standard that they don’t require of anyone else, and the public’s open contempt borders on brutality.

Perhaps the saddest discrimination occurs within our own families, which are supposed to be the bedrock of love and support. It must be the mystery and confusion that brings out the worst in us. We use the Bible as our righteous shield as we defiantly condemn homosexuality as the sin above all others.

If it were truly sin that we abhor, we would attack it all evenly. But, in our blistering attack, we conveniently forget to mention the sins of which we are all guilty. This unseemly part of our human nature prompted: “He who is without sin, cast the first stone.”

Our rotund reverends proclaim that we “love the sinner, hate the sin.” Is homosexuality the only sin we can find to hate? It’s obvious that gluttony is quite palatable. Gossip, previously called “bearing false witness,” seems to be the glue that holds many churches together. And I’ve never heard a sermon preached on the sin of divorce and remarriage even though Jesus directly addressed it.

But let’s stop kidding ourselves; we all know why. We, as adults, have created our own schoolyard playground. The “bullies” in the pulpit pick on the most vulnerable members, knowing that their victims are helpless to defend themselves. Through years of intimidation, the bully also knows that the others on the playground will do nothing to stop the attack in fear that he will turn on them. This is commonly known as injustice.

Adam’s “sin” is that he shows love to someone of the same sex. Our sin is that we show hate to gays by treating them as though they were subhuman. We withhold our love from them and then do our best to make them believe that God is doing the same. Which is the greater sin?

If Adam is incapable and God is unwilling to change his sexual orientation, maybe it is me that needs to change. Perhaps my backbone needed a little strengthening as well. There is great risk for me to openly declare that I love my son just the way he is. The same wrath that has been directed at my son and anyone else that is perceived to be different will now be directed at me.

Is the risk greater than the reward? WWJD? If God created 10 percent of the world gay, could they be his tithe? A gift-wrapped in mystery? A gift that, when truly beheld, teaches parents all about authentic and non-judgmental love? A gift that bestows courage to stand up to the bullies?

What if every parent of a gay and lesbian child was courageous enough to stand up and demand that their children be given the respect they deserve? The world might be forced to change overnight. The military could freely allow them to excel. Business could openly appreciate their contributions. The reverends would have to go find another victim to exploit.

But best of all, families could return to doing what they do best: love and nurture each other.

My prayer and God’s response have changed. I pray that God will change the world’s attitude toward my son. God’s response is: “If you want your prayer answered, then get off your knees and stand up for your son.” 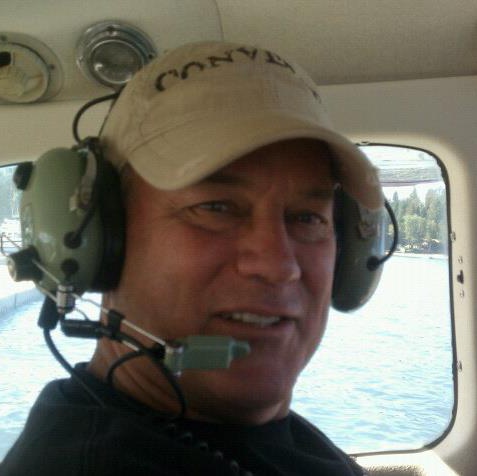 South Carolina native Jeff Ellis lives in Atlanta with his wife Patti. They published the website www.familyacceptance.com to share their experiences after their son Adam came out as gay.