What Would Jesus Do at a Pride Parade?

On June 1, 2009, President Barack Obama officially declared June 2009 as Lesbian, Gay, Bisexual, and Transgender Pride Month. Of course, June has been Pride Month since the Stonewall Riots in June 1969, and there are parades and festivities occurring this month all around the world, from Omaha to London to Tel Aviv to Shanghai. Cities around the world have cordoned off streets and beaches for the concerts and parties. The parades have become the public arena for corporate floats, aspiring politicians, community activists, churches, and everyday citizens demonstrating for civil rights and social acceptance, as well as those out just for a good time.

And then there’s the other side: The drunkenness, the public display of nudity and sexuality, the flouting of common decency in the name of shock value “because we can.” Many of the events are family-friendly, but many should never have come out of the seedy, dark underground where practices unsuited for prime time are now being aired defiantly. It’s Mardi Gras with a rainbow flag.

Like a lot of things in our world today, Christians even remotely interested in such events are faced with a dilemma. Do I go? Do I participate? Or is this something that should be completely avoided? I asked a few of my Christian friends for their opinions, and as expected, I received answers ranging all along the spectrum, from adamantly opposed, to strongly supportive, with even apathy and uncertainty in between. Regardless of the value or lack of value in supporting the cause of civil rights, is it appropriate for Christians to associate with these kinds of events and these kinds of people? As one friend quoted the Bible to me, “What partnership have righteousness and lawlessness, or what fellowship has light with darkness?” But as another countered, “How else is the light to shine except in darkness? The light shines, and darkness has not overcome it.”

Everyone will have to answer that question for themselves, according to their own motivations and conscience, but I thought it would be helpful to ask that popular question, “What would Jesus do?”

I think everyone will agree that Pride celebrations are generally not for the timid or faint of heart. There are strongly motivated people out there — those advocating their liberty, those voicing opposition, and those just plain ole acting up. And it goes without saying that followers of Christ should not be involved in lewdness and debauchery. But these types of celebrations — especially this one — are filled with hurting and hungry people. And that, to me, is the key to solving the dilemma.

Jesus went wherever people needed him.

It is not the healthy who need a physician, but the sick. I have not come for the righteous, but to call sinners to repentance. (Luke 5:30-32)

This motivation drove Jesus to some very questionable places and caused him to associate with certain types of people that the more religious would never even talk to, much less hang out with. His behavior and choice of companions so outraged the religious that they called him a drunk and a glutton (Matthew 11:19). They accused him of being demon possessed. Why? Because he loved people.

And let’s be clear about one thing here: While Jesus would not have been condoning wild revelry, he was no stranger to parties and enjoying himself. Remember his first miracle? It was at a wedding reception, where celebrating people were busy getting drunk. And what did he do? Give them more wine to celebrate (John 2). And he was frequently seen at banquets and dinner parties, hanging around tax collectors, corrupt officials, prostitutes. The Pharisees of his day called him on it: How can you associate with such unclean people? He saw something, he knew something, that they did not. He understood the heart of God.

Would Jesus go to a Pride parade? You bet he would. I doubt very much he’d be marching in it (he tended to avoid political activism since that wasn’t his purpose), but he’d certainly have a booth out on the fairgrounds with big signs telling people that God loved them. He’d be shouting into the crowds (in a very undignified way), “Come unto me, all you who are weary and heavy laden, and I will give you rest.” He’d say, “Come to me, all who are hungry, and let me give you what you’re seeking. Come to me, all of you who are thirsty, and I will give you water to drink that will fill your souls and overflow out of you to water others.” (Matthew 11:28; Luke 1:53; Luke 6:21; John 7:38)

Especially at Pride celebrations, where so many gay, lesbian, bisexual and transgender people have been rejected by our religious organizations, by our churches, hurt by family, told they are hated by God, told they are going to hell. Is there any other group of people more needing of the love and acceptance of Jesus? Would he be among the conservative church goers there, holding up protest signs that say “Fags go to Hell,” or hurling insults at those dressed in feather boas or sexually explicit costumes? Would he be among those throwing stones? Did he ever do that in the Gospels? No. Today, at any Pride parade or picnic he went to, he’d walk up to such scandalous people, wrap his arms around them, kiss them on the cheek, and say, “You are so loved by the Father.” Some people would reject him, now just as they did 2,000 years ago. But those who hunger for a relationship with God would hug him back and follow him to some grassy picnic area, where he’d tell them stories about how the Kingdom of God is made up of people such as themselves. And from such people, he would raise up followers who would know the grace of God and see a face of God that those who grew up in the church have never seen and will never experience.

Not everybody at Pride celebrations is hurt or damaged, of course. And only a small percentage of those gathered at these events will be acting in outrageous ways. Many people will be there just for the festivities and entertainment. Many of these will be fellow believers — gay and straight. And Jesus would be sitting at their table, sharing hamburgers with them, blessing them, listening to their stories and encouraging them. He’d laugh with them, cry with them, and remind them that he’s always with them and will never abandon them.

Should a Christian, gay or straight, attend Pride events? That, of course, depends on your motive for being there. But when I think about Jesus, any question of whether it’s appropriate or right melts away. All we need to ask ourselves — all we should be imitating in our own lives — is What Would Jesus Do? 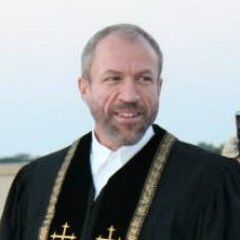