He’s Still There: A Short Story

Narendra couldn’t help overhearing the loud voices coming from inside as he sat on the stoop outside the apartments. A taxicab stopped across the street and the driver honked the horn for his fare. The cool, evening air had refreshed and relaxed him, but it was upsetting to hear his friends Carl and Victor in such a disagreement. It was unusual for them to argue. A door slammed and next he saw Carl emerge from the entrance. Carl sat on the same step but on the other side. Narendra smiled and said, “Good evening, Carl.”

Carl looked over at his Indian friend. “Hi, Narendra. Did you get the newsletter about the tenants’ meeting we’re having Thursday night?”

Narendra nodded. “Yes, I did. How do you do it all? How many volunteer positions do you have, Carl?”

Carl’s eyes narrowed as he evaluated Narendra’s comment. “Could you hear us yelling from out here?”

Narendra felt heat rise up into his cheeks. “I heard voices, but I don’t know what was said.” He hadn’t meant to eavesdrop, and didn’t want his friends to think he had been spying on them. The taxicab driver again honked his horn for his fare to come out of the apartment building across the street.

At that moment the door behind them opened and the little girl from apartment 2E came out and squeezed between the two men. She carried with her a jar of peanut butter as she waddled down to the first step and took a seat. Using a tablespoon that was much too big for her pudgy, little hand, she began to dig in.

The taxicab driver across the street impatiently revved his engine.

Carl shrugged. “Victor and I were having it out about my volunteer activities. He says I’m doing too much and that it is wearing out my nerves.” He picked up a handful of pebbles from the crumbling concrete steps and tossed them, one at a time, at the fire hydrant by the curb. “I’ve been pretty stressed out lately, but I’ll feel better when the overtime lets up at the factory.”

The oily aroma of roasted peanuts drifted up the steps from the girl’s jar. A door across the street opened and an elderly man came out to get into the cab. Evening had arrived quickly, and it was almost too dark for the old man to see where to step safely. The cab driver got out to help him.

Narendra knew that Carl was a foreman at the tire factory and also taught Sunday school at their church. Narendra had attended that same church since he’d come here from New Delhi, India. He and Carl had met at the church. “Carl, you have done these same jobs for several years. You are the president of our tenants’ group. You serve on the Community Advisory Council for your son Andy’s school. You are a Sunday school teacher and a volunteer firefighter. Plus, you have a full-time job at the tire factory. To me, this is too many jobs for anybody, but even so, you did it for years. Now, you are tense and nervous. What has happened?”

“I’m okay, just tired of beating my head against a wall. Look at that street lamp,” Carl said and pointed. “We’ve replaced that bulb twice this summer. Then kids come along and break it out again. Probably so that they can keep tearing down our rainbow flag. We have tenants’ meetings here and hardly anybody comes. The kids in Sunday school don’t listen or participate in class.” His voice trailed off, and he pitched all of the pebbles in his hand at the hydrant. The little girl with the peanut butter stopped eating to look back at him. He continued, “Seems like nobody cares about anything anymore,” Carl said.

Narendra looked at him with compassion. “Carl, these are the same things that have happened before, but you handled them okay then. What’s the difference, now?”

“I don’t know!” he said. He looked at the street lamp, then back at Narendra. “Sometimes … sometimes I feel like I don’t like people much anymore. I mean, I just feel burned out. I could feel pretty fine if I quit all the extra stuff and just stayed home and read books or watched TV, maybe.” His voice trailed off again, and they sat in a moment of silence.

Narendra noticed the light come on in Carl and Victor’s apartment. As a car pulled up out front, Victor parted the drapes and looked out the window. Victor called out, “That’s Andy’s ride. Tell him to come right inside, okay?”

“Okay,” Carl answered. As Andy got out of the car, Carl gave him a hug and told him he was needed inside.

Narendra knew that was Victor’s caring way of giving Carl time to talk things out. This couple knew that he loved the Lord, and they sometimes sought out his advice on issues of faith.

The sun dipped down below the skyline, plunging the opposite side of the street into total darkness. Narendra said, “How is your prayer life, Carl?”

Carl furrowed his eyebrows and Narendra felt a pang of regret that perhaps he had intruded too far into Carl’s personal life. “This is hard to talk about, but I’m glad you asked.” He studied his hands, as if he were talking to them instead of his friend. “Narendra, do you ever feel like God isn’t listening?”

Narendra did not reply. Carl had finally started to get into the meat of the matter. The silence of God. He barely shook his head, wanting to give Carl all the time he needed to get this thing that was bothering him out into the open.

“Well,” Carl continued. “I don’t pray much any more. I don’t even carry my prayer-partner notebook in my pocket like I used to do.” He was silent for a moment.

Narendra leaned back against the red brick wall and recalled times in the past when he had asked Carl to remember him in prayer and how Carl had always pulled out that blue prayer reminder notepad and written the request down. He had felt comforted that Carl would indeed pray about it.

When Carl spoke again, his voice was very soft. “God lets people bust out the street lights. He lets them tear down our rainbow flag. I’m just tired. Tired, and tired of being tired. When I’ve prayed, it seems like He doesn’t hear me. But, I just realized something. When I quit trying to talk to Him, when I just give up on praying, since it seems like nobody’s listening, I started feeling different. I think I quit caring about people so much.” Near the roof line of their building a flock of chimney swallows burst up into the air, their dark gray wings fluttering as they cut didoes in the sky above the men.

Narendra nodded. “I know that feeling. When I was a boy in India, I tried to do everything myself without the help of God. I became tired very easily. I had little compassion for others.”

“Right! I don’t even have patience for my Sunday school students like I used to,” Carl said. “It’s really a lousy feeling, and I’m tired of being this way.”

Carl picked up another handful of pebbles and began tossing them at the fire hydrant again. The peanut butter girl went back inside the apartment building. “I’ve been short-tempered with Victor and Andy. Victor complains that I spend too much time away from home, too. I am tired and could use a vacation. It’s sort of hard to see the light at the end of the tunnel. But, I think what bothers me most is that I haven’t felt like God is there for me. I mean, where is He?”

“Carl, do you see that sidewalk across the street?”

“No, not with the street lamp broken out.”

Narendra smiled. “But it’s there anyway. That’s the way it is with God. He is there all the time, but we aren’t aware of Him so much when we don’t meet with Him everyday. When the sun comes out tomorrow, we’ll see that sidewalk. Or if we fix the bulb we’ll see it. And when you start talking with God again, you’ll be able to feel His presence again just like before.”

“I like that image. That sidewalk is there whether I see it or not, and God is here whether or not I sense Him or talk to Him. Thanks, Narendra.”

“I have three suggestions for you. You may resent my intrusion, though.”

“No, I welcome your suggestions. You’re a good friend to Victor, Andy, and me.”

“All right. Here goes. Number one: I suggest you reevaluate how important your volunteer activities are and eliminate some of them if you can. Number two: Discuss this with Victor. Include him in your decision. Number three: Restart your prayer life immediately. If at first you can’t feel God listening, act as if you can anyway. The more time you spend alone with Him, the more you will grow to recognize His presence.”

Behind them, Victor called out the window, “I’ve got some popcorn popping if you’d care for a snack.”

“No thank you, Victor,” Narendra said.

“I’ll be right in,” Carl called over his shoulder. Then to Narendra, he said, “I appreciate your words, my friend. I’ve been thinking some of the same thoughts, but it was good to hear them from you.”

As the two men stood up to hug, a porch light came on across the street, illuminating the sidewalk that previously had been hidden in the shadows. 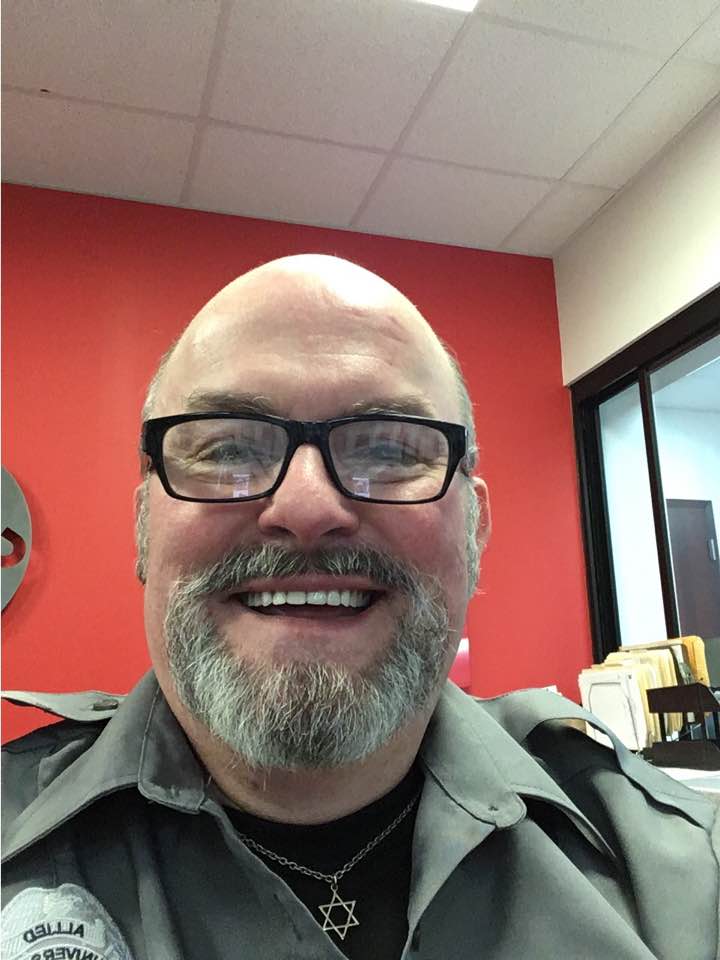