The union of a man and a woman is the most enduring human institution, honored and encouraged in all cultures and by every religious faith… Marriage cannot be severed from its cultural, religious and natural roots without weakening the good influence of society. (President George W. Bush, February 24, 2004)

This president seems bent on revising history to suit his misguided political purposes. He would persuade us that heterosexual unions have been the monolithic norm for eons. This position could not be further from the truth. Since the president has so much difficulty conforming to truth, fact, or sound reason regarding the issue of civil marriage equality, let us take a few moments to conduct our own examination of certain pertinent facts.

Same-sex, same-gender unions have been celebrated throughout history. They were, for example, quite common in ancient Greece and Rome. In 514 B.C., the Athenian lovers Aristogiton and Harmodius assassinated Hipparchus, the younger brother of the tyrant Hippias – and, after their deaths, were later honored by the Athenians for the part they played in helping establish Athenian democracy. Saints Serge and Bacchus were another ancient couple. These Roman, Christian soldiers were martyred for refusing to worship the idols of their emperor – and the early medieval church honored their martyrdom. According to the late scholar John Boswell, they were the “preeminent ‘couple’ invoked in [ceremonies] of same-sex unions,” (Same-Sex Unions in Premodern Europe, p.p. 153-154). The church, therefore, celebrated same-sex couplings long before heterosexual marriages became a sacrament in 1215! The subsequent rise of homophobia put an unfortunate end to such unions in Western Europe. Eastern Europeans, however, continued to celebrate same-sex, same-gender offices as late as the 1600’s and possibly later.

I do not believe that we can discuss justice as it relates to civil marriage equality without addressing its moral dimensions – and we cannot sever that discussion from its Judeo-Christian context. Even the most recent polls indicate that religious views regarding sexual orientation and sexual minorities continue to have an impact on public policy. This is all the more ironic considering that the Bible has very little negative to say (some argue nothing) about sexual orientation and quite a bit to say in a positive vein about same-sex, same-gender relationships.

Antigay religious bigotry derives its moral justification from supposed biblical condemnation. Yet for nearly three decades credible scholars and theologians have systematically and repeatedly debunked and refuted the antigay interpretations of the “Terror Texts” found in Genesis, Leviticus, Romans, 1 Corinthians, and 1 Timothy. In fact, in 1983, two decades ago, when it commissioned a study of the issue, the National Council of Churches could find no credible Biblical scholars willing to argue that the Bible condemns sexual minorities. When one objectively and rationally considers the historical, linguistic, and cultural contexts of these five sets of verses, one discovers an inescapable and irrefutable conclusion: the Bible simply does not condemn sexual minorities.

It is also ironic that the radical religious right can resurrect from the Bible no example of the archetypal “traditional marriage” they so fervently propagandize. The first child of Abraham – cultural progenitor of Judaism, Christianity, and Islam – was borne by his wife’s handmaiden, Hagar (Genesis 16). And didn’t King Solomon reportedly have a thousand wives and concubines (1 Kings 11:1-3)? There is no consistent, comprehensive Biblical model of heterosexual marriage – it simply doesn’t exist.

The greatest irony is that the Bible hosts several same-sex, same-gender intimate relationships and holy unions. The story of David and Jonathan is one of several Queer-friendly stories in the Bible. Ruth and Naomi is another. The encounter with Jesus of the Roman centurion whose “pais” (G3816: boy-servant) lay sick at home in the centurion’s bed is yet another (Matthew 8:5-13). Some of these relationships more closely resemble “traditional” marriage than do many biblical or even contemporary heterosexual couplings.

The holy union of David and Jonathan contained several identifiable components: the bonding of two souls in love, the familial aspect of their relationship, a mutual exchange of covenant obligations and oaths… and it DID have a sexual component. The most compelling evidence of their story is Saul’s rebuke of his son: “Then Saul’s anger burned against Jonathan and he said to him, ‘You son of a perverse, rebellious woman! Do I not know that you are choosing the son of Jesse to your own confusion and to the shame of your mother’s nakedness” (1 Samuel 20:30)?

David and Jonathan conducted their relationship openly and lived in a culture that accepted it without a second thought. Their story played a prominent part in the narrative of 1 and 2 Samuel. This prominence is further evidence regarding social and cultural acceptance at the time the story was told and written. The biblical validation of their holy union is that David “was prospering [acting wisely] in all his ways for the Lord was with him,” (1 Samuel 18:14) and that their covenant was made, “before the Lord,” (1 Samuel 23:15-18). If God viewed their relationship poorly, these pieces of textual evidence simply would not exist. Through their story and others, God sanctifies same-sex, same-gender holy unions.

Thousands of years ago, David and Jonathan joined with each other in a holy union that was affirmed and validated by God. The time has now come for our state and federal governments to follow God’s lead and legally recognize the validity and sanctity of our relationships. 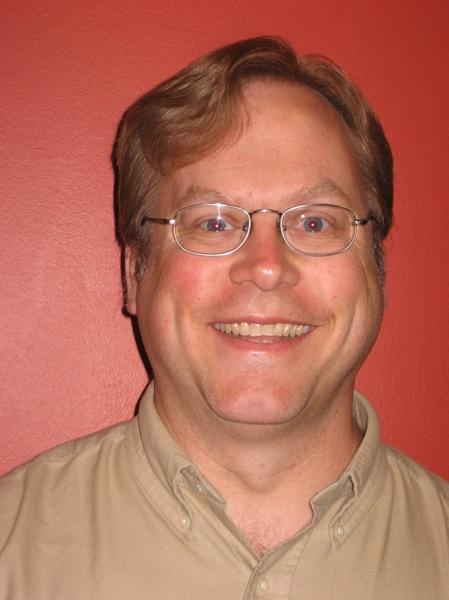 Author of “Lord Given Lovers: The Holy Union of David & Jonathan,” Christopher Hubble served as the Colorado state organizer for Soulforce and currently teaches high school in Denver.