Living in Gratitude While Ducking for Cover

“Rejoice always, pray constantly, give thanks in all circumstances.”

I live in Montgomery County, Maryland.

It was here that the “Suburban Snipers” started their amazing reign of terror Oct. 2. The police have arrested two people, one a 17-year-old boy, in a car that had been specially modified with a shooting hole in the trunk. The high-powered weapon that has been connected with most of the shootings was in the car when police closed in on the sleeping men. Ten people were killed and another three were wounded in the three weeks before these guys were captured.

The victims were shot while pumping gas, vacuuming their cars, walking into a middle school in the case of the youngest victim, a 13-year-old, and loading the car with the results of a shopping trip at Home Depot in one case in suburban Virginia.

Home Depot, for crying out loud! Is nothing sacred? In the LGBT community, we often call it “Homo Depot” – a great place to meet other lesbians and gay men, all of us blissfully working on our homes and apartments. But now such common and prosaic acts as shopping, filling our cars with gasoline, sitting on a bench, mowing the lawn, and walking into your school can be fatal.

These guys were very good at what they did. They never used more than one shot. Thirteen bullets, and ten dead and three wounded. Many of the kills have been with head-shots, very difficult even with a high powered rifle.

We didn’t know if the sniper was a foreign terrorist, fighting on the side of al Qaeda, as some national leaders were quick to suggest. We didn’t know if the sniper was a serial killer or a spree killer or any of the other terms that were bandied about in the increasingly hysterical press. In the midst of the killing, it seemed to me he was just a hunter, one more guy with a high-powered rifle that no one except police and military should be allowed to own who got tired of blowing away deer and ducks and decided to hunt a more horrifying game – people.

I got gas one morning as I was writing the first draft of this article, sort of hunkering down a bit as the much-too-expensive gasoline flowed into my car. I wondered if the hunter/sniper had made his way back to Maryland from his terrifying visit to Virginia. And I reflected on the passage from 1 Thessalonians that is the theme of this issue of Whosoever.

“Living in Gratitude,” the estimable Candace Chellew encourages us to write about. OK. “I live in Montgomery County, Maryland,” is how I started this article. For those of us who live in the Washington, D.C. area, that’s all we needed to say for three scary weeks in October to reveal a lot about our state of mind.

1 Thessalonians gives us some good tips. “Rejoice always, pray constantly, give thanks in all circumstances.”

The Epistle writer says, “Rejoice always.” Hmmmm, well we might rejoice that we are among the living in this time of looking-over-our-shoulders anxiety. But that seems a little selfish, doesn’t it? Rejoice that life goes on, that the police are on the job, that most of our children are safe in their locked-down schools, that there is only one hunter/sniper out there, that there have only been ten dead. Rejoicing is a problematic thing to ask of us D.C. area folks, even now that the hunter/snipers have been caught.

“Pray constantly.” Oh, yes. We’ve got that one covered. Pray that I can get from the Giant food store to my car without being shot. Pray that I can finish pumping gas without finding myself in the hunter/sniper’s crosshairs. Pray that no one I know and love will become the next victim. Pray that the police and law enforcement officers are kept safe. Pray that they catch this madman. Pray.

The police closed all the major highways around the Fairfax County the night after the Home Depot shooting – and there are a lot of major highways. There was a ten-mile backup on Route 66 that night at 11 p.m. The hunter/sniper disrupted a lot more of life in the D.C. area than we like to admit. I saw a law enforcement officer of some kind in full gear, including a flak jacket and automatic rifle one morning. Outside my local elementary school! Police cars are following school buses on their rounds. The first day of the attacks, when four people were felled here in my neighborhood, the receptionist at my secular job told us we were locked down, we were advised not to leave the building for lunch, and we would need our card-keys to come back if we did leave. “Give thanks in all circumstances?” And what about the families and friends of the ten dead and three wounded? Are they giving thanks in THESE circumstances?

Well, but yes. Despite my overwrought rhetorical flourishes, the Scripture is still the Scripture and it has something instructive for us all days, and especially the days like the three weeks we D.C. suburbanites experienced in October. Rejoice, pray, and give thanks – not a bad way to live one’s life, frankly. And yes, bad things happen. Here in the D.C. suburbs we lived for a (thankfully) brief, three-week season under the baleful gaze of this hunter/sniper. But here and in other communities, there are other tragedies, unemployment, hunger, discrimination, sexism, racism, homophobia, poverty, disease, loneliness, despair, and degradation.

Terrorism comes in many forms: the hunter/sniper in the Washington suburbs; the manic Baptist preacher from Kansas who travels the country loudly proclaiming that “God hates fags” and “Matt Shepherd – Four Years in Hell;” government leaders indifferent to hate crimes and discrimination; airplanes being turned into missiles; and on and on and on. Another Epistle writer reassured us that “perfect love casts out all fear.” It is the perfect love of God through Christ Jesus that enables us to “rejoice, pray, and give thanks.” In spite of. In spite of. In spite of it all.

So I continue my little life, still instinctively ducking for cover, yes, but also living in gratitude.

This article was first published in slightly different form in the midst of the attacks, in the Chi Rho Connection, the twice-monthly electronic newsletter of Chi Rho Press Vol. III, No. 14, 15 October 2002. 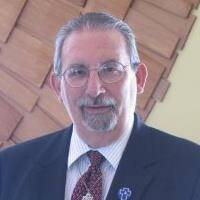