If there’s one thing everybody seems to like, it’s a short sermon. In February of ’87, Will Campbell, that salty saint of the Civil Rights Movement, was theologian in residence at Duke University Chapel. It was his last Sunday, and his duty to preach. And even though an ice storm had swept the countryside the night before, the chapel was packed. Campbell was not dressed too nicely for the occasion, but he wasn’t known to be a snappy dresser. When it came time for the sermon, he stepped to the pulpit and said:

Had an ice storm last night. Lots of trees are down. Lots of poor people in this town. Electricity is off, they got no heat. I got my pickup outside, my chain-saw and my wood ax. I’m going out to cut some firewood from those trees to help those poor people. Who’s going with me?

The chapel was silent as he strolled out of that great pulpit, clonked down the long aisle, and the big doors clanked shut, leaving the people to face themselves before God. Brief or not, I haven’t heard many better sermons, have you?

Well I was tempted to do the same thing this morning. I thought about stepping to the pulpit and saying:

And then just walking out the door. But that’s been done.

Still, this is one of those scriptures which needs no explaining and just gets obfuscated by a lot of “preachifying.” In fact, it’s so clear it hurts, and we naturally want to dodge what it tells us about ourselves. That’s why the full verse says, “Be doers of the word, and not merely hearers who deceive themselves!”

I know, I know. I’m meddling today. You know I don’t like to manipulate you by making you feel guilty, never have practiced that kind of preaching. It backfires anyway. In Travels with Charley John Steinbeck said he liked to attend a fundamentalist church because the preacher made him feel bad and he knew right where he stood and that he was going to hell, so he could leave worship feeling like he had really heard from God. Lots of people think they have had a profound spiritual experience because they feel guilty, but then they don’t change their behavior so they are only fooling themselves. I don’t like to make you feel guilty, but if this scripture makes you feel guilty today, it’s not my fault. It’s probably because you are guilty, and I hope you’ll do something about it. Guilt is good if you don’t wallow in your self-pity. Guilt is good if it becomes the opportunity for sober self-reflection and genuine change. Guilt is good if it drives you into the arms of a forgiving and transforming God.

But let’s get to the point right here at UBC. Here’s what I’m trying to say. Worship, Wednesday night dinners, Prayer Meeting, Bible study, parties and fellowships, choir practice, committee meetings: those are all good and important, and I’m glad you come to those. But you also need to come to Monday Outreach Night or volunteer to help when we host the IHN or spend a few hours at the Baptist Soup Kitchen or help the deacons carry flowers to the homebound or pull your weight to pay the bills around here. You need to expect your staff to train, equip, and encourage you to minister to this community in the name of Christ, not to do the ministry for you. Of course, you also have a right to expect your staff to be modeling a ministry that acts. Have I stepped on everybody’s toes, yet? Point is, you can be a great church member without ever being religious at all! But your spiritual life is incomplete if all you ever do is take care of yourself and the people you love. As Jesus said, “Big deal! Everybody does that!”. James says if you are all talk and no action, you aren’t religious, you’re a fool!

How easily we “religious” folk turn away from true religion and make it all a matter of appearance and show. Externally we appear righteous and good; inside we are full of – ourselves. But Jesus said it isn’t about appearance, it’s about authenticity, about living inside out, acting from our hearts. That means letting God change our hearts to the good, and then living by the love of God which comes from deep inside and leads us to acts of charity and sacrifice and compassion and justice. Grace means forgiveness for the evil we do, for the evil that lies within our hearts. But it also means a change of heart which will lead to a change of behavior, and a different way of being in the world. And if we aren’t living by that grace and calling, if our religion doesn’t make a difference in our relationships, if we aren’t working to make this world a good place for all God’s children, we aren’t really religious, no matter what we think. Why does the world think we’re all hypocrites, and lump us all together as if we weren’t any different from those mean-spirited attack Christians or those muddle-headed feel-good gurus? Maybe it’s because, like them, we talk too much and do too little.

Well, I’m sorry, this is getting too long and way too intense. Enough is enough. My friends,

Be doers of the word, and not merely hearers! May we pray?

God who made and loves all people,

Make us truly religious. Change our hearts. Show us how to live by your love with deeds that match our words. May we, your children, not to go to bed at night without thinking, “Who have I helped today besides myself in the name of Christ?” May our prayers consider others in greater measure than ourselves and those we love. And may our church be known for the way we do your love in this place in the name of Jesus. Amen. 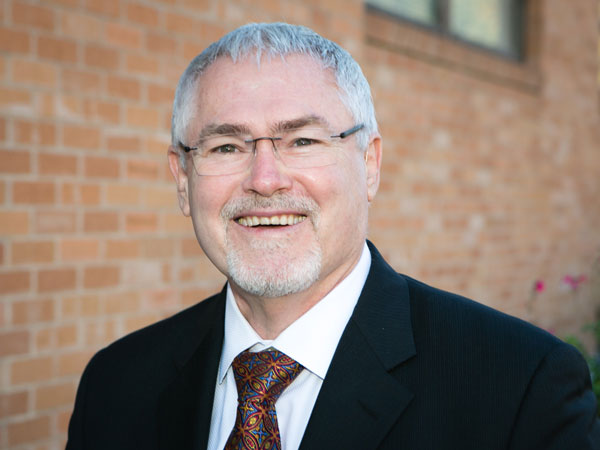 Senior Pastor Emeritus of University Baptist Church in Austin, Texas, Rev. Dr. Larry Bethune served as its senior pastor from 1987 to 2017 and made headlines after UBC ordained its first openly gay deacon in 1994, resulting in the church being disfellowshipped by multiple conservative Baptist organizations including the Southern Baptist Convention and the Baptist General Convention of Texas. Having formally retired from active ministry, in his current role he works at the state capitol advocating for social justice and inclusion of all Texans. He has also served as president of the American Baptist Churches of the South and president of its Ministers Council.