Loving Our Enemies – Within and Without

This sermon was delivered at Holy Trinity MCC Edinburgh on Sunday 18 February 2001.

We spend a lot of time up here at this lectern preaching about love.

Love God with all your heart and all your soul.

Today the Gospel puts a new spin on the call to love. Once we are happily loving God, our neighbours and ourselves, the next challenge is to turn upside down any loving complacency and to challenge us to love our enemies.

It would be easy for all our talk of love to be nothing more than a great theological group hug. As any of us of have lived through an unsuccessful relationship will tell you, love is easy to say and every difficult to do completely.

So Jesus takes us to ask. Refusing to let us tip toe around in the mushy, easy reaches of love, he turns to us and says:

The Gospel is full of “Ouch” moments. Statements that are so true and so uncomfortable.

If we are serious about love we should stretch ourselves beyond easy love and live love even when it is hard.

We have an example here in our Old Testament reading. This is a famous part of the Gospel according to Andrew Lloyd Weber – the story of Joseph and his amazing Technicolor dream coat.

Next week we shall have a reading from the prophet Evita.

As neither Jason Donovan nor Philip Scoefield were available this evening, I’ll have to talk you through the story.

We have a great Biblical dysfunctional family. One day Joseph’s brothers sell him into slavery and pretended to his Father that he is dead. Real role models there.

Joseph trundles off to slavery in Egypt where he does quite well for himself. Meanwhile famine hits the land where his family lives and here we have Joseph meeting his brothers again.

Now rather than giving them what they deserve, he loves them and looks after them. Quite a feat! I have reacted with more anger in my time to brotherly transgressions which were way short of being sold into slavery.

Joseph seems to have no trouble in forgiving his brothers. It seems to be a natural loving act for him to do.

For many of us it would be very much more difficult.

Do we have enemies? Maybe you don’t have any. Many you are in that blessed position that there is no one out there that you regard as your enemy.

If you are, then give thanks to God.

I wish I could say the same.

Last year was a difficult year for many of us as we devoted time and energy to fighting some particularly ugly homophobia which used the Section 28 issue to frighten parents and demonize LGBT folk in Scotland. We also had Baroness Young and her “Christian Institute” comrades demanding that young gay men be treated as criminals for their own good.

I spent so much of last year angry.

I have been challenged many times when I have spoken of our “enemies.” Surely, I would be told, it is dangerous and unchristian to condemn anyone as your enemy.

Well, maybe that is so. But I definitely felt (and still feel, if I’m being honest) that these people who are out to cause real harm to real people, people of whom I am one, are my enemy.

Many of us will have names we could add to our enemies list from that time.

The top of my list is poor, camp Brian Souter. The more I see that man, the more worried I become for him. He has issues there that I fear may end up doing him more damage that even he and his homophobic millions have done to us.

My “public enemy number 1” is Cardinal Thomas Winning, Archbishop of Glasgow, Primate of Scotland and Chair of the Scottish Bishops Conference.

Part of me wishes to lead you all now in booing and hissing but that would be heading off in the wrong direction I think.

This man, an educated, Christian man, a man who has seen suffering, who grew up in a Scottish Catholic community which was the subject of very real and very damaging bigotry has helped win acceptance and respect for his community. And what does he do with God given success? He leads a campaign of the most ugly bigotry against lesbian, gay, bisexual and transgender folk in Scotland.

This man has publicly called for workplace discrimination against LGBT folk.

He has branded our people as “perverts.” He has compared us to Nazis.

That’s everyone in this room he is attacking. We are all people who are proud to stand tall with the LGBT communities, whatever our sexuality or gender identities may be.

And Thomas Winning thinks our views are as dangerous to society as the Nazis were — the Nazis, who killed 6 million people!

Am I the only person in this room whose blood boils with rage? Even saying this to you now, this man is an enemy in my heart.

But the Gospel tells me to love him.

How do I square that?

When we were on our congregational weekend in Dunblane, at the height of the Section 28 campaign last year, this subject came up. Ian reminded us, as a part of a discussion on the subject, that it was our duty to love Cardinal Winning. I still remember the reaction of one of our congregation. She is one of the most loving individuals I will ever have the blessing to meet. I won’t name her, to avoid embarrassment, but most of us here will have very directly felt her very genuine love at some time.

But when confronted with the challenge of loving Cardinal Winning – she broke down into tears. How could she love that man? She felt in her heart the truth of the Gospel call to love your enemies but still couldn’t work out how you managed to love this man who was doing so much harm to people she loved.

Our Gospel tonight is one of the hardest bits of the Gospel for me to make real in my life. But make it real we must. As Christians we believe that by making the Gospel real we can transform our lives and our world – bring God’s new realm of love and liberation to earth.

It is only by making real the Gospel message that we can do this. If we love some and not others – that is a selective application of the Gospel’s call to love and that we not be the answer.

A few weeks ago, Scotland commemorated its first Holocaust Memorial Day and I was lucky enough to be one of the people from the Scrap the Section Campaign invited to the official event in the Usher Hall. This was a very moving and powerful occasion.

One thing that has stayed with me since then was a reading we heard analysing the causes of the Holocaust and challenging us not to repeat it.

Some when attacking Cardinal Winning for his commitment to injustice, I must also remember the LGBT folk who are misogynist, who are racist, who dismiss people because of their looks, who refuse to accept our transgender folk, who deny the validity of bisexuals. I could go on but I am sure I am not alone in seeing an ugly side to the gay community.

Then there are the bystanders. I was saddened last year by the number of gay folk who were unwilling to even pick up and pen and write a letter when faced with the massive anti-gay hate campaign we saw. When collecting money for the campaign on the scene I was rebuffed by people who were more focused on their night out that what was going on around them.

And we must not forget our culpability in allowing ourselves to be victims. It is often said that it requires two to create oppression. One to oppress and one to allow themselves to be oppressed.

If I am to search for enemies…where must I stop?

If I am to attack my enemies…how many must I attack?

Today’s Gospel seizes my confusion by the scruff of the neck:

Cardinal Thomas Winning has much to answer for. His acts have been sinful, of that I am sure. But I am in no position to demand people be cast out for their sinfulness. My own sinfulness overwhelms me.

“Forgive and you will be forgiven.”

I am not suggesting that we offer some insincere, patronising “love the sinner and not the sin” response and I am certainly not suggesting that we fail to stand up to Winning and his like when they attack us. But we know the answer to it all is to love. It may not be clear in our hearts and in our heads what that actually means – what it means to love your enemy – but admitting today that loving our enemies is our goal I suggest is the first step on a journey on which we must all embark. On that journey of faith together we will find our answers. 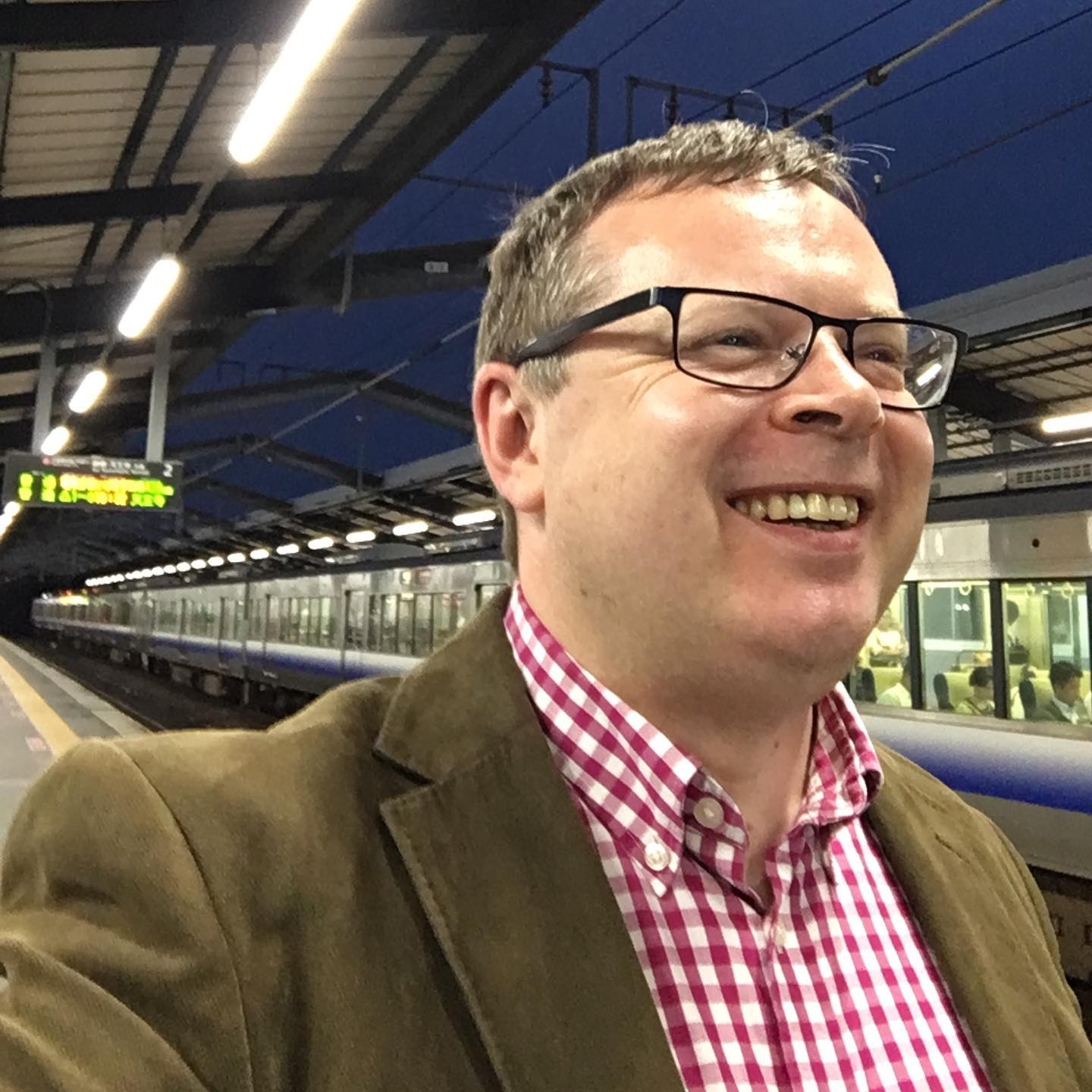 Stephen Harte is an attorney living in Edinburgh, Scotland.