Making Peace with Ourselves

“Do not repay anyone evil for evil. If possible, on your part, live at peace with everyone. Friends, do not avenge yourselves; instead, leave room for His wrath. For it is written: Vengeance belongs to me; I will repay, says the Lord.” (Rom 12:17-19)

“Do not take revenge or bear a grudge against members of your community, but love your neighbor as yourself; I am the Lord.” (Lev. 19:18)

“For the entire law is fulfilled in one statement: Love your neighbor as yourself.” (Gal 5:14)

There have been days over this past year and a half of being homeless that I’ve wanted to kill myself. Go home early. Take myself out of the equation and call it good. So, we could say that I’ve not been so good about the loving myself part of the loving your neighbor equation. Or, on the other hand, maybe I’ve been better at it than ever, since I’m still here to turn in this article. I’m not sure I know the answer to that one yet. But here’s what I do know: the past year and a half has shown me, in thousands of ways, that living at peace is tied firmly to loving your neighbor. And the Bible teaches that loving your neighbor is tied to loving yourself.

But how can I love myself in this situation? The world may be tearing apart, and economies are booming and breaking daily, but right here in front of me, a different set of circumstances plays out. People I thought of as friends became impatient with what they saw as my inability to “quickly fix” this problem. So they drifted away. The very systems in place to help us lift ourselves out of this mess often work to keep people right where they are. How else are salaries going to get funded? And the longer I was homeless, the larger and larger my personal bubble became, and the less open I was to the idea of inviting people into it.

I think the personal space part is actually the most key thing. So many people take their bubbles for granted. I know I did. It was much easier to take risks as a queer activist, even accepting the idea that I might be assaulted, because I had somewhere to go to retreat from all the day’s noise. And these days, especially in the U.S., a lot of people go from bubble to bubble without really ever being in a truly precarious or risky situation. But the bubbles are created for us by others (houses, cubicles, cars), and we’re not pushed to define boundaries for ourselves.

But a year and a half of surfing couches, renting rooms at sex clubs, and sleeping outside wears a fellow down. I’m kind of rubbed raw now. And if I’m rubbed so raw I feel sometimes like I can barely stand a breeze moving across me, how do I allow my neighbor to get close enough to love them? Is there a way to do it without depriving myself of what little safety, security, and sanity I hold onto as I scramble to get through this? Because if I let others have energy that I need to get up off the streets, then that’s loving my neighbor at the expense of myself.

The places I’ve been during this year and a half have also broadened my definition of neighbor. I never did come right out and ask God who my neighbors were. I was a self-defined gayborhood rat who, I joked, would most likely bleed rainbow if you cut me. But when the bottom on my life fell out, so did a lot of support I thought I could count on in the community. So, out of need at first, I went other places, and I met people who got it. They knew that being homeless wasn’t just some fun thing you did to pass time. It wasn’t something you could fix in a second, a month, a year, or even five years. And so we stood together and shared. Food, jokes, advice, stories – and we listened to each other. Soon, my sense of where I belonged underwent a serious shift.

Then I noticed the barrier. It couldn’t be seen, but existed, very gently separating me from people who weren’t and had never been homeless. The things I saw and heard out here on the streets just didn’t have words that would make sense to folks. So for awhile, I lost my voice. When no one wants to hear the things you have to say, sometimes it takes too much energy to talk. I didn’t know it had happened until people started commenting on what a great listener I was! I had to laugh to myself about that one. There’s a huge difference between being a great listener and being too exhausted by life to want to talk.

Finally, I turned my vision inward and looked at myself now in relation to how my life had been. Why had I always thought I had needed the things I had? Was my opinion really as necessary as I wanted it to be? And yes, people I thought were friends had stopped coming around, but what kind of friend was I before this happened? What kind of friend did I want to be once this was all over with? And who did I want to be friends with? Having friends and keeping in touch with people is an investment of energy, and each of us is only granted so much energy in a day.

I’m definitely not going to spiritualize this. This past year and a half has really sucked. But partially, I’ve had to look at myself in ways I never took the time to before. Now I have a better understanding of who I am, how much shifting I can tolerate, and when it’s actually important to say something. I also know now, through the examples of the folks who stood by me, how true it is that simple things make a difference.

Maybe that’s why all of Scripture ties loving your neighbor to loving yourself. Until you understand these things about yourself, how do you know your limits when you engage what’s unfamiliar? If you don’t know when you will break, how can you begin to bend to see another point of view? When all your friends agree that your mouth has not stopped moving since high school, will you be able to create space to honor the stories others tell? And as someone who has never as much as said “boo” to your own shadow, is it possible for you to know when it’s time to scream in solidarity?

The Message translation/paraphrase puts what I find to be a rather unique spin on our theme verse:

“Don’t hit back; discover beauty in everyone. If you’ve got it in you, get along with everybody. Don’t insist on getting even; that’s not for you to do. “I’ll do the judging,” says God. “I’ll take care of it.”

Often in my journey as a Christian, I haven’t had it in me to get along. And I felt bad about it. But I’ve realized, how can one do something they’ve never really experienced? Examining myself has finally given me a framework for looking at others. But even then, my skills will still fall short. I will have to keep learning, watching, and listening. That’s an essential thing I found out this time around. That often, listening yields much more good fruit than asking endless questions.

And as Christians, we are working on following the example set before us by the life of Jesus anyway. And Jesus listened – to everyone. Even the people He knew were out to get Him. Perhaps that’s a core component of loving neighbors and living peacefully. Giving a fair ear to people, even when we know (or suspect) that they might not have good intentions. Who knows? God just might be out to surprise us. 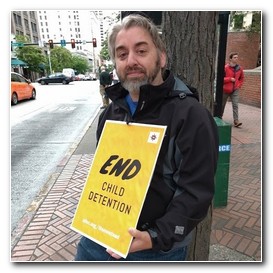