I must confess that I spend a lot of time on Facebook. It has become one of the most common guilty pleasures in our culture. I mostly use it to keep tabs on friends who live across the country from me, some of whom I’ve never seen in person (isn’t the Web great?).

One thing I like about Facebook is, oddly enough, how well you get to know people from all the random things they like to post in their status updates. It may have nothing to do with anything, but if you watch them closely enough you can tell a lot about what they think, what they believe, and how they vote. Who’d have thought 12 years ago that we’d be able to read people based on random junk they posted on a social networking Web site?

This probably seems an odd way to begin an article about keeping your tongue in check, and I’ll admit Facebook was not on the top of my list for subject matter. But we can never choose where inspiration comes from, The Spirit is a very playful muse.

A dear friend of mine, whose name I will omit, has made a few posts on her Facebook status in the last couple months that required me to stop and think. They provided me with an opportunity for personal reflection as well as a chance to give some loving correction.

The posts my friend made were intended to defend marriage equality, which is a wonderful idea, I was happy to see her take up this position. Unfortunately, the posts did so by taking a number of scriptures from the Old Testament completely out of context as proof that the Bible is an archaic and unreliable guide. One even depicted God as a doddering old man who seemed shocked that humans would actually take his Word so seriously in the modern age. The sad thing is, my friend is a devout Christian.

No matter how many times I hear it, it always gets to me when people of faith take this position. Have we so little ground against our more legalistic brothers and sisters that we must appropriate our rhetoric from the unbeliever? I do not see how this helps the cause of equality in any Christian sense.

Of course, what bothers me the most about these posts is that I can remember a time when I used the same arguments myself. It’s not something I like to remember, especially given the amount of growth I’ve achieved since then, but perhaps it gives me some perspective on the issue. I recognize the need to go as far from the aggressive stance of conservative extremists as possible, but there is a point when this approach goes too far. The answer to a selectively legalist interpretation of scripture is not an equally selective deprecation of scriptures we don’t like.

Ultimately, the only thing this approach accomplishes is giving both sides of the opposition ammo to use against us. Unbelievers can now jab at us with greater confidence, asking why we should bother with our religion at all if we don’t believe our own scriptures. Sadly, in this case they’d be making a valid point. Why should they take us seriously when they see us rejecting our own texts?

On the flip side, our legalistic brothers and sisters can now question our claims of being Christian with greater authority, since we’ve just spoken out against The Bible. We may accuse them of picking and choosing which scriptures to believe, but in a way aren’t we doing the same thing in this case? Thus goes the vicious cycle.

Let me stress at this point that the Bible will always be relevant, it is the Word of God as understood by the men who wrote it down. There may be a small percentage of error in its transcribed pages, but it is still our most direct link to God’s Holy Trinity. If we truly call ourselves Christians, then we must respect what’s written in The Word, it is our nurturing milk.

Let me follow this by stressing that the Bible is a living text, that it speaks to all people and all situations throughout the ages. If God thought there would ever be a time when His Word would stop being completely relevant, He would never have given it to us through the mouths of His prophets and disciples. But because it’s a living text we must be always shifting our understanding of what it has to say to us as language changes. This does not mean that the Bible changes with the times, so don’t misunderstand what I’m saying. What it does mean is that language changes, and as it changes, so does our understanding of it. It is we who change, not The Bible; we must always move our understanding with the text instead of twisting the text suit our own understanding of it.

The Word cannot and should not be our only link to God’s Spirit, but God put his Spirit in us and we must grow into our understanding of God’s Spirit to find meaning in the Word. Therefore, to say that certain passages are too archaic to be taken seriously is to show that we don’t really understand the Bible at all. Of course, the reverse of this, fixing our minds rigidly on a purely legalistic understand of the text, as the Pharisees did, produces similarly disastrous results. It is therefore necessary to avoid both extremes.

“If there was nothing wrong with the first covenant, there would have been no need for a second one.” (Hebrews 8:7 GNB) This brings me to the final and most important point of all, that because Jesus came and died for us in the name of righteousness, we must view all of scripture with a New Testament lens. I’m sure you’ve heard the expression: “seeing the world through rose colored glasses.” We are instructed to view both the world and the Word through “Christ colored” glasses. Those who use the laws of the old covenant to argue their position have forgotten this principle. We must be careful not to fall into the same trap.

Let us not reject scriptures that refer to the old covenant just because our opposition loves to quote them, let us instead view those same scriptures through a Jesus filter. Let Jesus be our eyes whenever we read the old laws, let him speak to our hearts and tell us what we mean to him. Another friend of mine reminded me recently that the old laws did not exist to make people righteous but to show them how far removed they were from what they were supposed to be. But Jesus came to put an end to that. It is our love and faith in Jesus Christ that makes us righteous, not our adherence to a set of rules. Jesus is our rule, just as he is our strength.

We must always be careful not to argue the Bible into senility when we plead our case. As the British are fond of saying “Keep calm and carry on.” Remember that Jesus was hated by the self righteous long before any of us were, he’s got our back and he’s not going anywhere. 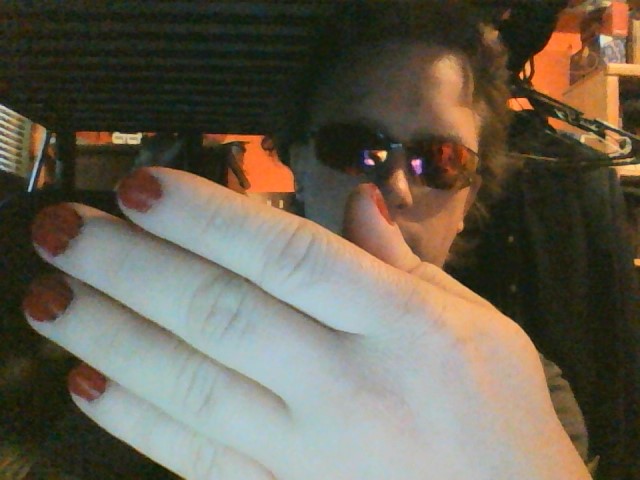