What Does “Coming Out” Mean?

Without a doubt the term “coming out” has different shades of meaning to those in the gay community. For many this step means that they finally “come out” of hiding in the closet of fear and admit their true feelings to themselves and begin to tell family and friends of their sexual orientation. Many experience rejection at some level and the trauma involved in taking this bold step is considerable.

Our world is still dominated largely by a very heterosexist mentality, although much improvement has been made in the past few years. Most of the religious community is still hostile to gay people, although a profession is made of “loving the sinner and hating the sin” kind of thing. Very few school systems have a counselor that is trained for and/or has any interest in helping students who have questions about their sexuality. For myself, first and foremost I needed to “come out” to myself and recognize that I’m gay and to live any longer in denial of this fact about my humanity is counterproductive both to myself as well as to my loved ones.

I could always remember from my earliest childhood memories that I had a horrendous sense of physical, emotional, and psychological attraction to the male. Instead of having beautiful female movie star pictures on the walls of my bedroom I wanted the attractive males of the day which indeed I collected whenever possible. Many times I looked longingly at some of those gorgeous male bodies and warm feelings would stir within me. When I would see Johnny Weismuller in the old Tarzan shows I would fantasize about wanting to run my hand up his leg and see what might be touched and enjoyed.

Who could I talk to about these feelings when the only input I was getting was the “women this and women that” spouting forth from the great male intellects of the time? I didn’t have even the slightest idea that anyone else on planet earth had such feelings as I did so I kept silent and stuffed them deep inside as much as I could.

I was around 12-years-old the first time I saw a well developed fully nude male. I saw a naked teenage boy from my community as he stood there by the old swimming hole and thought to myself, “Wow!” I even remember his name and the exact location of the incident even though this was 60+ years ago.

The only “dirty jokes” I heard were the usual “male-female” ones of that time. They really didn’t seem funny to me at all, although at times I pretended they were because of societal pressure. I remember one time when I was staying overnight at my cousin’s that I overheard my aunt and uncle and some others talking about me and commenting as to why I was so “dormant.” I didn’t seem to be interested in chasing girls like normal boys my age should be doing. I thought to myself, “Is there something wrong with me?” I really wondered and felt judged and hurt by this conversation.

I attended boarding secondary schools my last three years of high school and lived in close quarters in a dormitory with boys my age. My feelings of same sex attraction haunted me constantly but who could I talk to? No one! So I stuffed the feelings and finally got married when I was 20, believing full well that if I did what everyone said a person should do that I would be “normal” and live happily ever after. Well, it didn’t happen. My feelings of attraction for men never did go away and my marriage was always estranged and painful for both of us, no matter how much we tried. Somehow there was a wall between us that we just couldn’t surmount.

After many years I decided to leave this painful marriage, came out of the closet to myself and a number of friends, and have endeavored to live my life in a productive and responsible way.

Why do I share this rather personal story? Simply because there is a desperate need for us human beings to try to understand one another better. People who say that it is a choice to be gay simply have no idea of what they’re talking about and it would be more honest and helpful if they would simply acknowledge this and begin to talk to gay people and seek to understand their feelings. Yes, it is a choice to accept one’s sexual orientation and live in harmony with it, instead of in denial but the orientation somehow begins early in life.

I don’t know why I had these childhood, youth, and adult feelings of longing for male intimacy. They were just there! That should be good enough! So my motive in writing this brief resume is to appeal for more communication between the heterosexual and gay community and far less judgment. In order to survive on the planet and be fully human we must understand the varieties of human beings that exist and learn to accept, love, and support one another in every possible way. 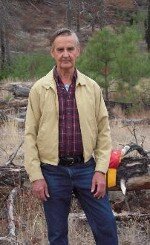 Having experienced a vision around age 12 that he kept to himself until many years later, Tom Durst was inspired to write a series of essays to encourage people “to come to know God personally and to have an ever closer walk with” God. They can be found at www.tomdurst.com