What Is… May Be for Good Reasons!

I still remember how thunderstruck I was when it first dawned on me that things just may be the way they are for very good reasons. This insight was a long time coming to me! I now see that this insight actually affirms faith, or affirms that God underlies all that is and that it is for many times incomprehensible Good – the appropriate fruit of an Easter meditation!

Let me share two of these instances with you to show you what I mean, and by so doing, maybe I can answer some questions you may have had and strengthen your faith in the Unseen Reality.

This past year, Public Television did a two-hour program entitled “The Face of Jesus in Art.” This program was phenomenal for several reasons. First of all, there are a whole raft of biblical documentaries being done by Public Television today. I am 62 years old and when I was growing up in Church, the domain of Biblical documentaries was the sole possession of sectarian Bible scholars at denominational seminaries, each with their own doctrinal axes to grind. Today, theological education has become so generally available, and so broad in its approach, that the word ësectarian’ hardly applies. It is a wonderful state of affairs that we can now be exposed to more balanced interpretations of Biblical facts than previously thought possible!

This particular program used a little known computer graphics technique which is spellbinding in its effect. At several junctions in the program famous artists renderings of the face of Jesus “morph” into each other, one after another, becoming a different face right in front of your eyes. The effect is mesmerizing! It is the position of the writers of this video that there is no one historically accurate image of Jesus because he represents the ideal human in all of mankind. This really started me to thinking.

My first impression is that this is just a little too brainy for my tastes! The doctrine of the Incarnation flies in the face of so ëspiritual’ a view of

Jesus. To quote John, ëthe Word was made Flesh’ and you can’t get more concrete

than that! This doctrine was used as the justification for graphic representations of Jesus used in Church in contradistinction to the Jews and Moslems who were forbidden to make any ëgraven images.’

My father was Greek Orthodox and we were raised in that church as well as Southern Baptist. I have always had a running interest in church art and particularly the question of just what Jesus looked like. In Western Church tradition, the various artists felt no constraint to conform to traditional representations of Jesus’ appearance. They were free to improvise on the looks of Jesus, and hence there is no one image of Jesus.

In the Eastern Church tradition, not nearly so much freedom was tolerated. Icons were made to generally conform to certain visual “types,” many said to have been painted by Luke himself. Therefore, there is a certain general conformity of the face of Jesus in Eastern Church Art. Likewise, Peter always seems to look like Peter and Paul always seems to look like Paul, no matter when they were painted. I kind of like that!

For your information, the earliest portrait of Jesus seems to be an icon made in the 4th century by a technique called encaustic – “painted in wax,” located at the monastery of St. Catherine’s in the Sinai desert. It is powerful beyond words!

But the fact remains. There is no official image of what Christ looked like! As much as I would dearly like to have one, maybe, just maybe it is supposed to be that way. Maybe, just maybe, this allows him to take on the characteristics of each age and thereby remain Eternal, allowing him to speak to each age with a fresh voice!

Some glibly affirm, without much thought, that this is to avoid the pitfall of idolatry. I am not at all convinced. When examined more closely, the reasoning is shot full of holes. Just what is the problem with idolatry? Do other gods exist or not, and if so, can we really be attracted to a God who manifests such jealousy as the ten commandments assert? This raises more problems than it solves!

Lets look at one other incident before we leave. Has anybody ever wondered what happened to the original autographs of the Gospels and the Epistles? If the current fundamentalists view of the Bible is all that indispensable to

salvation history, how could those early church corresponding secretaries have been so careless as to let them get away! I mentioned idolatry before, how about bibliolatry? How comforting it appears to be to be able to have the whole of religious Truth bound indisputably between one set of covers! It’s just all too tidy!

For my six years at the university, I was very active in the Baptist Student Union and the student choir of First Baptist Church. With such association, I came into contact with many concepts of the devotional theology concerning the Bible. Granted, many of them were hardly defensible in an academic setting of study, but none the less, they reveal a great deal about our ideas concerning the Bible and just how God intended for it to be used. The very fact that they appeal to many, so widely across denominational lines, reveals the kernel of Truth in them.

The one I really liked was the concept that the Bible was a letter written directly to you. Let the book flop open, put your finger on a column and read the verses under your finger as God’s personal word to you in your present Life’s situation. Far from belittling this generally naive view, I find it has a lot going for it!

I submit for your consideration the idea that there are not supposed to be signed autograph copies and for a person who loves books as much as I, to say that, is giving up a lot!

For me, the real issue here is the answer to the question, “From whence do they derive their authority?” Obviously, not from their autograph, or the closely related statement, not from their supposed authorship. This is why a study of how we got our cannon makes many Protestants nervous!

With this devotional view, the question of authority is placed squarely on the shoulders of God… or more accurately on the Holy Spirit speaking directly to the receptive heart of the reader. You can’t get much more accurate than that, but it is not a cut and dried answer many fundamentalist would like to have. Some even try to shore up belief in the Bible with the concept of verbal inspiration. To my way of thinking this misses the point by transferring the question away from God and placing it onto a supernatural technique of transmission. Don’t get me wrong, I do believe in this concept. I have participated in it on several noteworthy occasions, so I know of which I speak, But is this how the scriptures derive their authority? I think not, no matter how impressive!

The next best answer comes from the way the Bible was used in the early church. The worshiping Church bestowed authority by having them read aloud in the service. To this very day, in the Eastern Orthodox Church, the Holy Writings are processed into the service in the form of two beautifully bound books- one being the Gospels and the other, being the Epistles. By so doing, it recognizes that not all scripture bares equal weight as revealed Truth. It also realizes that in a day and age when literacy was so low, the spoken word was more effective than the written word. The first Christians could barely have afforded to let the book flop open, because so few could read and there were so few books! This hierarchy of Truth was reaffirmed by the Reformation with its rediscovery of just how powerful the spoken word was in preaching.

Today, literacy is so widespread, we are almost arrogant in our assumption that it has always been so! My own father could not read all that well, like many men in the young married adult department of mother’s church. The director of the department was our high school speech teacher, and therein lay the problem! She had the chilling habit of calling on people to read the Bible aloud. As a consequence, my father would not go with my mother to Sunday School. It was an unfortunate stumbling block placed in the way of so many by the director’s insensitive attitude.

There is another arrogant attitude closely related to the one concerning literacy that can often be heard from today’s educated clergy. The seminary I attended had an outstanding department of New Testament Greek and Hebrew. The founding professors had noteworthy careers on a somewhat national level, earlier in this century. Dazzled by the preeminence, many new students had the attitude that they didn’t see how you could be a real Christian unless you understood New Testament Greek and Hebrew!

Granted, this overstates the case and many would deny that they thought that way, but the fact remains, human arrogance hides itself in many ways! It is very difficult for many to admit to themselves that God’s Word was delivered multi-linguistically, to those largely illiterate, as Mel Gibson’s movie so skillfully illustrates. As such it has a degree of ambiguity inherit in it. So strong is our need for faith, that many seek to simplify all ambiguity away… which can not be done without doing violence to the text!

I would contend that certain levels of ambiguity exist in the Bible text so that it can be interpreted afresh in every generation and thereby remain eternal in its application.

Perhaps you have never wondered what Jesus looked like. True, authenticating recognition comes from within, and not exclusively from without. Maybe you never lost any sleep wondering where the original documents got off to. But I have, and these are the insights my mind finally arrived at that gives my soul a measure of peace and rest! Far from weakening my faith, it serves to make it stronger!

The longer I think about it, the more things fall into this category… like being born gay! 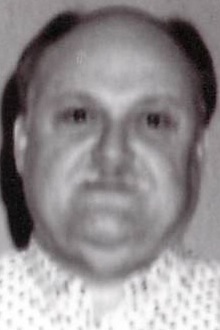 “God opened doors for me to help people and I stepped through them,” said pastor and horticulturalist George Robert Stritikus, who served as associate pastor of First Baptist Church of Brewton (Ala.) before returning to horticulture and serving as a county extension agent until his retirement. He earned a bachelor’s in ornamental horticulture from Auburn University and an M.Div. from the Southern Baptist Theological Seminary in Louisville, Ky.