A Soulforce Response to the Sad News From Canterbury

The truth about God’s lesbian and gay children suffered a tragic (though temporary) setback this Wednesday, August 5, 1998. In Canterbury, England, bishops from 160 nations representing 70 million Anglicans worldwide (including the Episcopal Church in the U.S.) voted 526 to 70 (with 40 abstentions) that homosexual practice is incompatible with the Bible, that the churches will not endorse the blessing of same-sex marriage or the ordination of non-celibate gay men and lesbians.

Our faithful friend, Bishop John Shelby Spong reacted with his usual candor and courage: “Once you take a prejudice and put it out in the clear light of day,” he said, “the prejudice is finally doomed.” Now, until that day, how do we respond to this latest triumph over truth by untruth?

Before volunteering to work with the Universal Fellowship of Metropolitan Community Churches, my partner, Gary, and I were long time members of All Saints Episcopal Church in Pasadena, California, a congregation that welcomes gays into full and unqualified membership. We thank God for all the individual bishops, clergy, and laity who are struggling to bring the truth in love relentlessly to the Anglican church. We know how painful this Lambeth decision must be to millions of Anglicans, especially to the people of Integrity (our lesbian sisters and gay brothers and their allies in the Episcopal church.) We promise them our prayerful support.

Each person of faith must determine how he or she will respond to this tragic decision. But the Soulforce principles of relentless nonviolent resistance (as taught by Jesus, Gandhi, and King) make one thing clear. In Gandhi’s words, “It is as much our moral obligation NOT to cooperate with evil as it is to cooperate with good.” The Lambeth decision is evil. It lends credibility to the untruth that leads to suffering and death for Godís gay, lesbian, bisexual, and transgender children. We must not cooperate with that evil decision.

How each of us responds is a deeply personal decision. But if we do NOT respond, if we let the forces of untruth triumph without protest, if we refuse to stand for truth, we will break the heart of Christ and our own souls will begin to die a little. 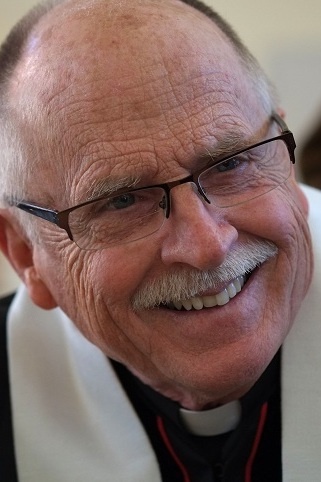