Confessing Christ in a World of Violence

Because of a deep and growing concern about an emerging “theology of war” in the White House, the increasingly frequent language of “righteous empire,” and official claims of “divine appointment” for a nation and president in the “war” on terrorism, I have joined with several theologians and ethicists in writing the following statement. A climate in which violence is too easily accepted, and the roles of God, church, and nation too easily confused calls for a new “confession” of Christ. The statement names five key points of Jesus’ teachings, while rejecting false teachings that nullify his message. It has been signed by more than 200 theologians and ethicists – many of them from theologically conservative seminaries and Christian colleges. We share it with you and ask that you send it to friends and present it to your churches if you resonate with its concerns and convictions.

Our world is wracked with violence and war. But Jesus said: “Blessed are the peacemakers, for they shall be called the children of God” (Matt. 5:9). Innocent people, at home and abroad, are increasingly threatened by terrorist attacks. But Jesus said: “Love your enemies, pray for those who persecute you” (Matt. 5:44). These words, which have never been easy, seem all the more difficult today.

Nevertheless, a time comes when silence is betrayal. How many churches have heard sermons on these texts since the terrorist atrocities of September 11? Where is the serious debate about what it means to confess Christ in a world of violence? Does Christian “realism” mean resigning ourselves to an endless future of “pre-emptive wars”? Does it mean turning a blind eye to torture and massive civilian casualties? Does it mean acting out of fear and resentment rather than intelligence and restraint?

Faithfully confessing Christ is the church’s task, and never more so than when its confession is co-opted by militarism and nationalism.

The security issues before our nation allow no easy solutions. No one has a monopoly on the truth. But a policy that rejects the wisdom of international consultation should not be baptized by religiosity. The danger today is political idolatry exacerbated by the politics of fear.

In this time of crisis, we need a new confession of Christ.

1. Jesus Christ, as attested in Holy Scripture, knows no national boundaries. Those who confess his name are found throughout the earth. Our allegiance to Christ takes priority over national identity. Whenever Christianity compromises with empire, the gospel of Christ is discredited.

We reject the false teaching that any nation-state can ever be described with the words, “the light shines in the darkness and the darkness has not overcome it.” These words, used in scripture, apply only to Christ. No political or religious leader has the right to twist them in the service of war.

2. Christ commits Christians to a strong presumption against war. The wanton destructiveness of modern warfare strengthens this obligation. Standing in the shadow of the Cross, Christians have a responsibility to count the cost, speak out for the victims, and explore every alternative before a nation goes to war. We are committed to international cooperation rather than unilateral policies.

We reject the false teaching that a war on terrorism takes precedence over ethical and legal norms. Some things ought never be done – torture, the deliberate bombing of civilians, the use of indiscriminate weapons of mass destruction – regardless of the consequences.

3. Christ commands us to see not only the splinter in our adversary’s eye, but also the beam in our own. The distinction between good and evil does not run between one nation and another, or one group and another. It runs straight through every human heart.

We reject the false teaching that America is a “Christian nation,” representing only virtue, while its adversaries are nothing but vicious. We reject the belief that America has nothing to repent of, even as we reject that it represents most of the world’s evil. All have sinned and fallen short of the glory of God (Rom. 3:23).

4. Christ shows us that enemy-love is the heart of the gospel. While we were yet enemies, Christ died for us (Rom. 5:8, 10). We are to show love to our enemies even as we believe God in Christ has shown love to us and the whole world. Enemy-love does not mean capitulating to hostile agendas or domination. It does mean refusing to demonize any human being created in God’s image.

We reject the false teaching that any human being can be defined as outside the law’s protection. We reject the demonization of perceived enemies, which only paves the way to abuse; and we reject the mistreatment of prisoners, regardless of supposed benefits to their captors.

5. Christ teaches us that humility is the virtue befitting forgiven sinners. It tempers all political disagreements, and it allows that our own political perceptions, in a complex world, may be wrong.

We reject the false teaching that those who are not for the United States politically are against it or that those who fundamentally question American policies must be with the “evil-doers.” Such crude distinctions, especially when used by Christians, are expressions of the Manichaean heresy, in which the world is divided into forces of absolute good and absolute evil.

The Lord Jesus Christ is either authoritative for Christians, or he is not. His Lordship cannot be set aside by any earthly power. His words may not be distorted for propagandistic purposes. No nation-state may usurp the place of God.

We believe that acknowledging these truths is indispensable for followers of Christ. We urge them to remember these principles in making their decisions as citizens. Peacemaking is central to our vocation in a troubled world where Christ is Lord. 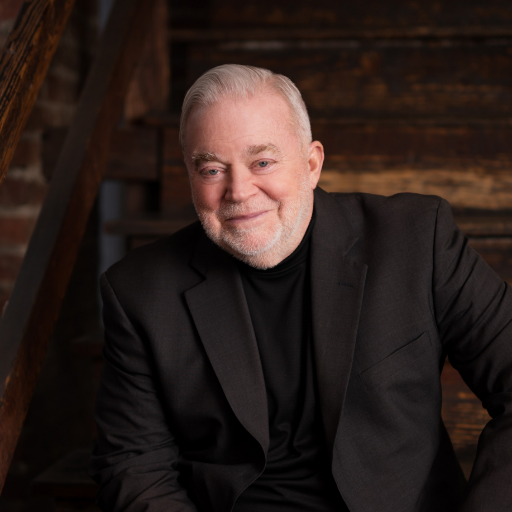 Theologian, educator, activist and commentator James E. Wallis Jr. is the founder of Sojourners and author of 12 books including American’s Original Sin, God’s Politics, The Great Awakening, and The Call to Conversion. He served on President Obama’s White House Advisory Council on Faith-based and Neighborhood Partnerships and has taught faith and public life courses at Harvard and Georgetown University.