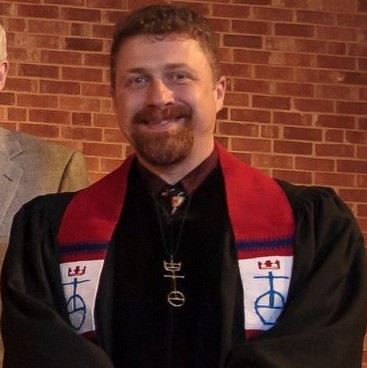 Rev. Micah Royal serves as Pastor of Life’s Journey UCC in Burlington, N.C. Having earned his Master of Divinity in Pastoral Care and Counseling from Campbell Divinity School, he has served in ordained ministry in various contexts throughout the Carolinas and southern California, including on the board of the Eastern NC Association of the United Church of Christ.