This has been the typical experience of millions of gay and straight American men and women for over a century. They’ve been bullied, beaten, and banished. They’ve been treated like some repulsive “other.” Just because they liked sex with or loved someone of the same gender.

Now that you know what it’s like to live in–and be punished in–this environment, won’t you speak out? Won’t you stop saying “I’m being persecuted by mistake” and instead say, “No one should be persecuted”?

Larry Craig, this is your chance to stand up for real American values and be a true American hero. With every camera and tape recorder in America aimed at you, you have a unique, historical chance to make a difference. If you’ve ever wanted to serve your nation, your time has finally come.

Having Sex With Men Does NOT Make Larry Craig Gay

Larry Craig says he’s not gay. I believe him. A lot of men who have sex with men aren’t gay.

When biologist Alfred Kinsey collected data on Americans’ sex lives in the 1940s, he discovered that almost half of American men had both heterosexual and same-gender experiences as adults. Heterosexual women also had same-gender sexual fantasies, preferences, desires, and even experiences. As Kinsey said, “people are not so easily divided into sheep and goats.”

This would help today’s America understand Senator Craig’s behavior, including his firm repetitions that “I am not gay.” If Craig could simply say, “I’m straight, I just like to have an occasional sexual adventure with a man,” he might not have to spend his life desperately trying to convince himself that he’s not gay. He might not have to spend his professional career viciously trashing homosexuality and preventing gays from accessing their full civil rights.

He might have a marital crisis on his hands, but that’s his private business. As almost everyone agrees, lying to your spouse about having sex with someone else is immoral, regardless of their gender. Craig’s fears about his “immorality”–and his rantings about others’–have been focused on the wrong thing.

Freedom from government interference is one of the two conditions people need in order to freely express their sexuality with other consenting adults. The second condition is freedom from the crushing internal criticism that can result from inadequate categories of sexual identity.

Larry Craig helped prevent all of us from enjoying the first condition. He suffered from the lack of the second condition. He knew he wasn’t 100% straight, and he was terrified by the only alternative he knew–that he was gay.

Until all Americans know that few people are either, and that most “good” people’s psyches contain complex, intense (and harmless) sexual fantasies and impulses, our nation will continue to suffer under the tormented moralizing of “leaders” terrified of their own sexuality.

Which they express by condemning ours. 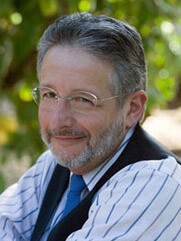 Dr. Marty Klein is a certified sex therapist and sociologist with a special interest in public policy and sexuality. He has written six books and 100 articles. Each year he trains thousands of professionals in North America and abroad in clinical skills, human sexuality, and policy issues.