Even the Dogs Beneath the Table

The Sacred Congregation for the Doctrine of the Faith’s most recent action against Robert Nugent, S.D.S and Jeannine Gramick, S.S.N.D. follows a long, protracted siege of their professional ministry — one that was, as well, intentionally destructive of their personal lives. This action should give Catholics pause. But it should not surprise anyone, least of all Catholic homosexual persons. From the perspective of a life-long gay man and Catholic let me consider some of the consequences of these decisions — and others like them — over the past decade.

Two years ago Cardinal Hickey of Washington wrote that Nugent and Gramick were “under investigation” (Catholic Standard, Nov. 13, 1997, p. 5). This purposely bland word covers for a decade-plus process of inquisition that was personally demoralizing, professionally discrediting, as well as institutionally demeaning. Further, the process, drawn out as it is, was intended to be humiliating, whatever language might be used about it. Imagine, for example, yourself under any such “investigation” for such a length of time. In civil law statute of limitations and other civil protections are in place to guard defendants against such protracted and inhumane “investigations.” (For another account of a similar “investigation,” read the Preface to John McNeill’s The Church and the Homosexual. In that preface McNeill recounts the investigation mounted about his own work; his decade-long attempt to comply by remaining silent; and how, finally, after Ratzinger’s letter, McNeill felt he could be silent no longer and so broke with the church’s teaching on this matter).

Nonetheless, the decision against Nugent and Gramick is of course only incidentally about either of these two, since in addition, it is clear that “under investigation” is to be read as a threat, generally, to uppity homosexuals in Catholic churches everywhere. That is, those who don’t know their place and who open their mouths with an opinion. New Ways Ministry’s fault, in this respect is, that as its mission statement declares, it is an “educational” organization. Education threatens, because it suggests that the status quo needs questioning and this of course current ecclesiastical politics cannot allow on this as well as numerous other issues.

The decision against Gramick and Nugent has been two decades in the incremental making. Partly because of the protracted nature of the New Ways Ministry deliberations it is easy to disassociate this most recent action against two persons from a series of such rulings, silencing and administrative actions against a larger population since, especially, Cardinal Ratzinger’s letter of 1986. It is axiomatic that to render someone politically invisible, and thus to deprive them of power, one must first somehow curtail their power of self-nomination — in short, deprive them of speech. The 1986 Letter and the 9 July 1999 decision merely reverse the usual process.

Ratzinger’s 1986 “Letter to the Bishops of the Catholic Church on the Pastoral Care of Homosexual Persons” intended to correct “an overly benign interpretation” of the Ahomosexual condition” that followed upon the Sacred Congregation’s “Declaration on Certain Questions Concerning Sexual Ethics” (1975). Other actions followed upon this. Individually these texts are “Statements,” “Proposals,” “Responses,” — officialese generated intermittently and ad hoc with no necessary internal coherence, as numerous commentators have noted (See Lisa Sowle Cahill, for instance, America, August 14 1999). Yet collectively these documents present themselves at a different level of discursive use, as doctrine and teaching. This category collapse of administrative discourse into Magisterial teaching, the which is then implicitly infallible, is profoundly troubling, a point Cahill addresses in her commentary on the decision (America, 14 August 1999).

It is easy to see where all this leads — or perhaps, to the contrary, not easy enough. The overall effect of these combined social and doctrinal foreclosures is the diminution of the homosexual as a subject worthy of substantive theological discourse within the church. Ratzinger’s “Letter to the Catholic Bishops” (1986) render the homosexual invisible in se in material ways, eliminating Dignity and such groups from church properties, while by the July 1999 ruling clarifies what in fact has been true all along, though perhaps obscured: that doctrinally homosexuals exist only under the bar of a negative. This is surely troubling, when one considers that the population in question is, as even the Catechism of the Catholic Church assures us, “not negligible” (Nos. 2357-2359). The recent action then is, as one nun was reported to have said, a “theological cleansing.” One might think her term severe. It is not; this latest action by the Sacred Congregation continues a policy of erasure by any other words, with evident political consequences and dramatic personal ones.

From an extra-ecclesial perspective there are troubling precedents to these concerted actions — whether one calls them a cleansing, an erasure, or whatever term from the benign to the ominous one wishes to use. There are numerous historical precedents in which a people’s physical removal from social space followed upon the curtailment of their visibility within legal discourse. Pogroms and hate crimes need long gestation in the violence of language in order to achieve their full affect. More recently the extended campaign by Slobodan Milosevic’s Serbian troops (1991-95) in Croatia, Bosnia and Kosovo are of the same pattern. Symbolic evacuation precedes, often justifies, physical elimination.

Elie Wiesel, in Night, for instance, describes the series of events immediately preceding the dispersal of the Jews into the death camps. He — a young boy at the time — notes in particular the desperate energy of the German Jews to think reasonably of the unreasonable actions then being taken against their persons — individually as well as collectively. These actions included, in the first place, the legal legerdemain by which they were first deprived of citizenship. Mere words on paper — the first step toward rendering a body of people ineligible for the tangible rights, goods or daily courtesies incumbent upon the human — property, money, their name, safety, even, finally, their lives. With every new directive and every new initiative from the Nazi regime — most minor, devolving from agencies and committees, and thus perceived as administrative rather than legal — the Jewish no-longer-citizens accommodated themselves to the indignities visited upon them in the only homes they had ever had. They offered their Nazi captors not only the other cheek, but on occasion, too, chocolates to the visiting Nazi officials.

Silence betokens consent, runs the old legal adage. In a newer formulation silence also equals death. Accommodation, whether from hope or despair, is only a slower form of silence. As Wiesel makes clear in Night, the desperate willingness of the Jewish citizenry to believe in the beneficence of the Nazis connived with their own destruction, in that it may have had the additional effect of emboldening Nazi “administrative actions.” Similarly, closing down New Ways Ministries could not have been possible in the politically heady days of the late seventies when, when according to Nugent the organizational presence of “educational” homosexual voices within the church first became an issue. Nonetheless, in the reactive years of the late 90s, homosexuals’ desires to be accepted as “virtually normal” and “just like everyone else” makes our passage into elimination all that much more easy. Ratzinger — to single out one name among many — knows he can write his letters and take his actions without fear; he knew that for a variety of reasons no one, least of all the Catholic homosexual, would object.

Administrative ecclesiastical decisions about who can or cannot use church buildings and theological clarifications are not yet magisterial teaching, no matter how high the source from which they issue. They have consequences, nonetheless. These decisions, and those who make them, disarm Catholic homosexuals. They count upon our proven willingness to be restrained where administration is not; to put the best construction on a word where they do not; to accept abjection and public flagellation as a rightful sign of the homosexual’s Christian duty and vocation. They use our willingness to believe against ourselves, denying our lives in favor of a doctrinal obdurateness that no longer makes sense. They depend upon our legendary willingness to placate B indeed institutional loyalty — to mount louder and more extreme campaigns of symbolic, and often real, dismissal. For it is a funny thing, when asked — as one often is — how can one be a Catholic and be gay (assumption: that either of these is a voluntary allegiance) that the response back generally denies the voluntariness. That is, to those who are, how could one not be either? The implied suggestion being well, one really has no choice except to hang on, endure, hope for the best.

Finally, even without taking issue with its doctrinal content, the callousness of this latest decision, in conjunction with all those that anticipated it, is breathtaking. As the Syrian widow remarks cogently to Jesus, even the dogs beneath the table are thrown the leftover scraps. What is left the homosexual when ministry to such persons has been foreclosed? Even the lepers had ministers to them. Why then would one stay in this place? Jesus tells his disciples that when they come to a place where they are not accepted, they should shake the dust from their feet and leave. Jesus’ instinct for self-respect is one we ought to follow. Reading the Gospels one concludes that self-possession — self-knowledge and humble acceptance — is the defining spiritual grace. Perhaps then what Catholic homosexuals need is to take responsibility for this self-possession and to act upon that knowledge — because we will not any time soon, it seems, be given permission to so. In seeking spiritual clarity and coherence, then, as well as in other things, we might as well be transgressors. 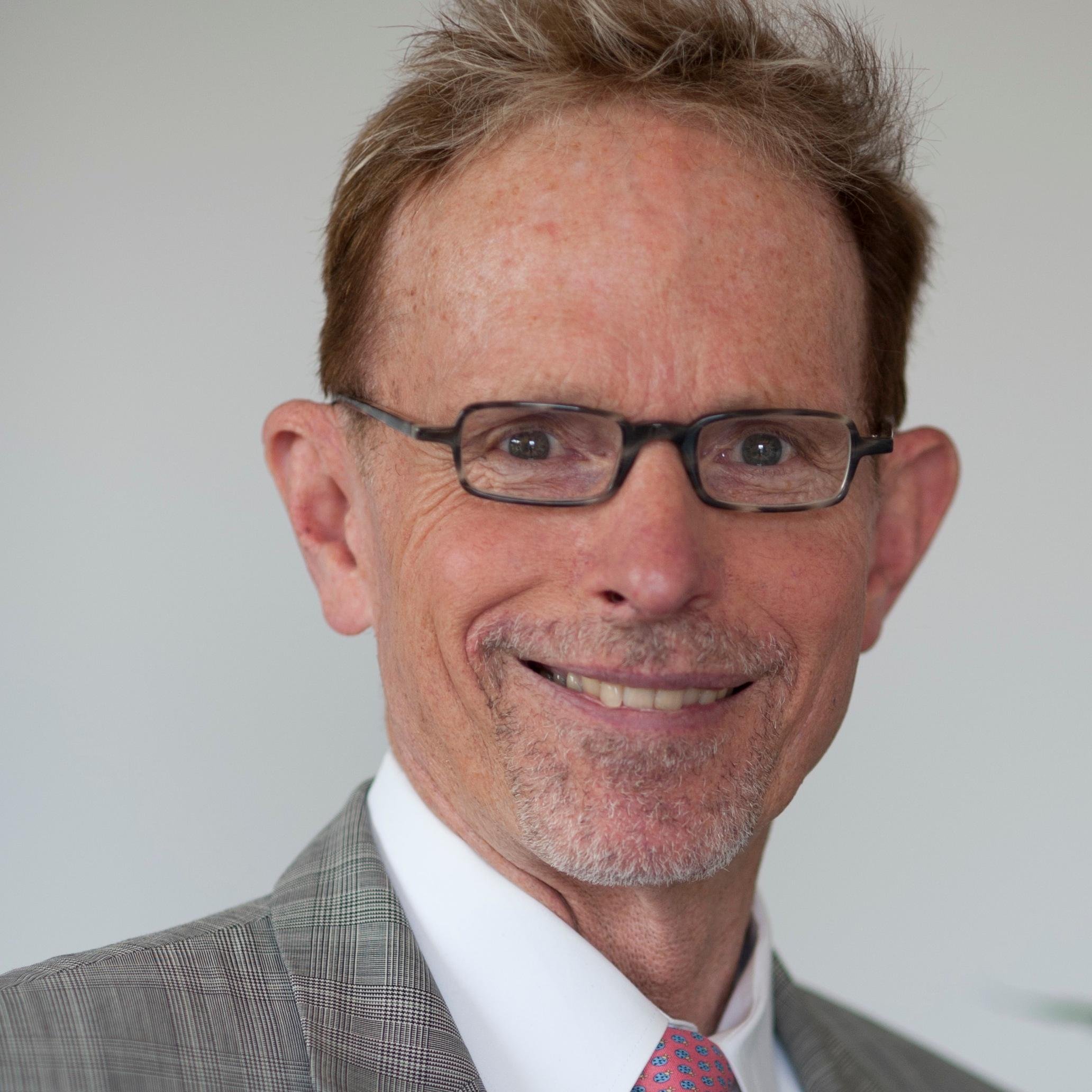 Author and educator Rev. Edward J. Ingebretsen is an ordained Roman Catholic priest and Associate Professor in the Department of English and Director of the American Studies Program at Georgetown University. He earned his Ph.D. from Duke University and M.A. and B.A. degrees from Loyola University. He is the author of Maps of Heaven, Maps of Hell: Religious Terror as Memory from the Puritans to Stephen King and Robert Frost’s Star in a Stone Boat: A Grammar of Belief.