God and Politics: Why or Why Not?

Religion and politics are thought of as big no no’s. They are two emotionally charged topics. When I attended a corporate diversity training workshop a few years ago, the facilitator stressed that religion and politics are two areas of discussion to be avoided in the workplace. Some would say mixing religion and politics together is asking for a major trouble. There is the other side of the argument that believes God belongs in politics. Doesn’t our currency state In God We Trust? Recently there has been much debate about whether or not God belongs in our government. What about the struggle to remove Ten Commandments monuments from government buildings? Should there be a Nativity scene in front of a City Hall? Should we care if a Menorah is displayed at a Governor’s mansion? Does the Senate pray before its sessions? Do you want the name of God taken out of the pledge of allegiance? Should the Pope or the Dalai Lama be invited to the White House? Should faith-based organizations receive Federal funds? What about prayer in the schools? Should we care? I recently had the opportunity to interview a fellow seminarian to gather his thoughts on the subject of God and politics. Jay Speights is president of The New Seminary’s Class of 2005. The New Seminary, located in New York City, is the world’s first Interfaith training institution. He is also a Democrat Party activist. The Interview

“God’s politics is never partisan or ideological. But it challenges everything about our politics. God’s politics reminds us of the people our politics always neglects – the poor, the vulnerable, the left behind.” — Jim Wallis, “God’s Politics”

Sheila: What are your thoughts, if any, on Wallis’ quote? Jay: I don’t think much of this quote for several reasons. First, it is our sense of compassion and justice that it is deeply seated and rooted in our religious and spiritual traditions that reminds us not to neglect the poor, the vulnerable and left behind. Second, this statement implies that all politics neglect the dispossessed. This is not true. My politics were shaped and molded by champions of justice like Martin Luther King, A Phillip Randolph, W.E.B. Dubois, Lyndon Johnson, Ralph Bunche, and Malcolm X, to name a few. Also, there are many champions from the two major American political parties that have used pubic policy as a means to improve the quality of life for all. Finally, the Divine Creative Intelligent Source of The Universe, that we call God, does not dabble in politics. His actions are born of pure love and designed to foster abundance for all. When man enters this scheme of Divine Universal Abundance the balance is shifted and schisms are created which result in poverty, war, and many forms of injustice. Sheila: Is there a place for religion and spirituality at the table in Washington, D.C.? Jay: Yes, there most certainly is. As a member of the clergy, I feel that we have to be the voice of justice, love, harmony and agitation when needed. And, we must always remind our public servants to do what Abraham Lincoln so eloquently urged all Americans to do after the Civil War ended. And that is to “Listen to the Better Angels of our Nature.” We as clergy members and beings of light must serve as reminders that we all must operate from a higher consciousness that looks upon every person as a fully vested member of God’s family. Many members of the clergy today, particularly The Religious Right, use a brand of religion or spirituality to create fear, division, and even war. Sheila: Is The Religious Right wrong? Jay: Not much to say here except, “Hell, yes.” Sheila: Is it the government’s role to define marriage? Jay: Yes. It is also the government’s role to be fair, and just. There have to be some basic laws governing marriage or that institution would be overrun with all sorts of crazy combinations of couples, such as a father marrying a daughter. Love should be the basic criterion. Sheila: Is the question of God/religion/spirituality and politics the same question as church and state? Jay: As, I said above, God does not dabble in politics. So, no it is not. Religious persecution was a major problem for many centuries. It still is in many places today. The problem in America today is that, religion and spirituality are being used as tools of oppression, fear, division, and even war. Perhaps not much has changed Governments are and should be all-inclusive institutions. Sheila: Politics in your pulpit. Yes or no? Jay: Yes! Sheila: Is there anything I have not asked or addressed that you would like to add to this interview? Jay: Yes, in the 1960s, Richard Nixon called upon a Silent Majority to propel him to victory. More discussion needs to be directed to energizing what I see as a Silent Majority that is not stepping up and speaking out against this rolling tide of Religious Right demagoguery that is sweeping the country and leaving fair-minded citizens trembling with fear. Sheila: Thanks for your willingness to share, Jay. I appreciate your thoughts. Namaste. 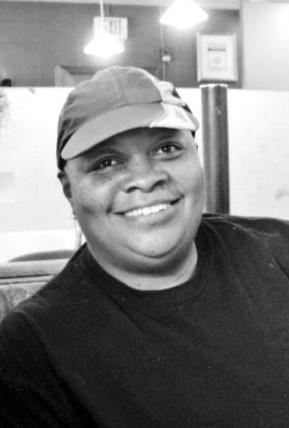 Sheila K. Smith contributed to Whosoever while living in Atlanta, Ga., and attending The New Seminary in New York City.