It grieves me to be the declared enemy, solely on the basis of my sexual orientation, of other members of the Christian communion. Not the personal enemy, of course, since they don’t know me; those whose opinions are the harshest tend to be personally unacquainted with those whom they libel and condemn.

Nonetheless, I am constantly reminded of the terrible distance that some of my fellow pilgrims put between us. Last year about this time it was the weeknight sermon of a campus minister whose passionate conviction that God hates homosexuality made me question not my own contrary conviction that God is incapable of hating loving behavior; rather, I puzzled over the motivation and intensity of presumably heterosexual people who devote so much energy to denying the basic goodness of those of us who are not heterosexual.

Recently an area minister devoted his column in the local paper to the plight of religious dissenters at several American universities where, as at Georgia Southern, social science curricula and Residence Life programming for students and staff include gay positive elements. Refusing, on religious grounds, to consider any but a sin-centered perspective on his gay classmates has apparently put a Roman Catholic Resident Assistant at Carnegie-Mellon at odds with the university administration, whom he is suing for violating his religious rights.

Similarly, at St. Cloud University in Minnesota some students in the Social Work program find themselves conscientiously opposed to objective consideration of gay issues. In both cases, the pastor argues that the constitutional guarantee of religious freedom ought to permit university students and employees to shun and deny the integrity of their gay compeers.

Knowing just how intensely negative reaction to homosexual people and issues can be, and how often these reactions are rationalized by appeal to religious belief, I am neither surprised by nor entirely unsympathetic to them. People who have neither known nor loved someone gay more often than not have only religious bogeys or media caricatures to justify their uncivil behavior. Differences can be fearsome, especially those not understood.

Just how fearsome was illustrated to me by a more recent column written by another local minister who, in denying any semblance of what he understood to be homophobia, still managed a cruel diatribe about the “perverted lifestyle” of people he apparently knows only in his darkest imaginings. His express fear is that “this monster of societal destruction,” i. e. , a self-respecting gay minority, might bring down the wrath of God on a nation innocent of any but the supposed sin of Sodom. As I read the story in Genesis, not even the legendary Sodom was destroyed by so partial a God.

As I do whenever I am asked, I recently spoke to a group of university students about homosexuality, sharing the assumption with colleagues thoughtful enough to invite me to their classes, that students can benefit from conversations, often their first, with a self-affirming gay person.

After general remarks to the effect that people whose sexual orientation or gender identity differs from the social norm are, like their fellow human beings, more or less decent, law abiding, God-fearing, and deserving of ordinary privacy and respect, I asked for questions. My first respondent had none, but expressed the dire concern that my representation of homosexuality as anything other than sin was, in effect, leading confused young people astray. I responded with my educator’s faith in good information and my Christian faith in the law of love, and we agreed to pray for each other, she presumably for my renunciation of homosexuality and I for her deliverance from homophobia.

While the distance between me and some of my fellow Christians on this issue (including many in my own Episcopal faith) is great, it is at the same time greatly exaggerated. Great only because so few people have discovered the gift of loving or being loved by someone gay. And greatly exaggerated because the cure is as close as the next gay or lesbian person you meet and care enough to know.

I wish I could reassure all of these people that we gays and lesbians are not those decadent biblical people they have been taught to hate. And that people who are confused about the relationship between love and sex, regardless of their sexual orientation, need love rather than harsh and unjust judgment. 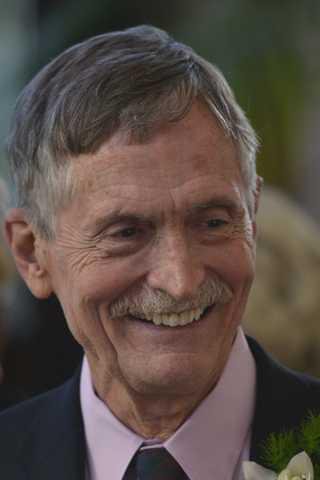 Retired English professor Fred Richter has served as junior warden of Trinity Episcopal Church in Statesboro, Ga., board member of the Amethyst Project, a support group for those affected by AIDS, and on the Diocesan Council for the Episcopal Church.