Our Power Is in Our Weakness

I have been drenched in scripture since even before I could read and write. My parents were devout Baptists, and I taught a Sunday School class for poor children in a mill village in my hometown in Alabama when I was only seven.

Given that steady exposure, I am amazed to recall how excluded I felt from Christianity after I discovered that I was gay. It seemed to me that all the biblical promises belonged only to those who were straight, who were captains of sports teams, who were most popular on campus. . . God “gives power and strength to his people,” the Psalmist proclaims (68:3). “You will receive power” Jesus says at his Ascension (Acts 1:8).

Did not these my “enemies” have the power? As a fearful, deeply closeted gay man, I certainly did not.

What happened, I now see clearly from almost six decades away, was my own unquestioning obedience to the dictates of the heterosexist culture that had educated us. That culture arrogated to itself the right to say who was in and who was out; its expectations had little to do with the biblical witness of inclusion.

Jesus transfigured as mighty in power was a vision his disciples had only after Jesus was mocked and crucified. His “power” was not the point, but the counterpoint. “King of the Jews” was a name of derision, not exaltation.

The earliest Christians were shaped by their experience of the harsh Roman occupation. They had been taught to expect the Messiah as a liberator who would, as Mary proclaimed, cast the mighty from their thrones and exalt the humble and the meek. Yet the Romans killed Jesus and persecuted the Christians. Their exaltation, like any we might expect, was put on hold. Humility was the order of the day, and still is.

. . .I thought the promises had nothing to do with me and were offered only to those who obviously enjoyed the most approval in our town, especially the macho bullies who mocked folks like me, and even more so if lesbians and gays dared even think that God loves us. I could not have been more wrong; the promises were addressed specifically to me and to all who suffer.

“Humble yourselves therefore under the mighty hand of God, so that he may exalt you in due time,” Peter exhorted the persecuted (1 Peter 5:6).

Humility was a derogatory word in the culture of the Roman Empire, as it is in much of the American Empire. Humility derives from humus, or “dirt.” It is as if Peter is saying, “Be aware of your dirtness.” The Ash Wednesday liturgy could not be more blunt, “Remember that you are but dust, and to dust you will return.”

These are not images of power but of powerlessness. “If you would follow me, go sell all that you have and give it to the poor, and then follow me,” Jesus told a rich young ruler.

Heterosexism was so dominant in my education in Alabama 60 years ago, that I thought the promises had nothing to do with me and were offered only to those who obviously enjoyed the most approval in our town — especially the macho bullies who mocked folks like me. This was even more pronounced when lesbians and gays dared to even think that God loves us. I could not have been more wrong; the promises were addressed specifically to me and to all who suffer.

Peter counseled, “Beloved, do not be surprised at the fiery ordeal that is taking place among you to test you, as though something strange were happening to you. . . If you are reviled for the name of Christ, you are blessed, because the spirit of glory, which is the Spirit of God, is resting on you” (1 Peter 4:12, 14).

He adds: “Discipline yourselves, keep alert. Like a roaring lion your adversary the heterosexist bully prowls around, looking for someone to devour. Resist him, steadfast in your faith, for you know that your brothers and sisters in all the world are undergoing the same kinds of suffering” (5:8, in my personal translation).

Read without the gloss of the dominant culture, scripture so much reveals the last as the first and the outsiders as the insiders, that it is difficult to imagine how those powerful in this world can see themselves in scripture, or like what they see. In the story of the Prodigal Son, they are at best the elder brother. In the story of the Good Samaritan, they are the Jew in the ditch rescued and cared for by someone they despise.

According to scripture, our power is in our weakness. Any rank or position we have, we give up, use up, or risk, to serve others. At the “Great Gittin’ Up Mornin’,” we will be judged not by how right we are, or smart we are, or grand and powerful we are, but by how much we serve those who are the least among us, even those who are our enemies.

Power rightly belongs to God alone, and we must exercise any power entrusted to us on behalf of the powerless. “And after you have suffered for a little while, the God of all grace, who has called you to his eternal glory in Christ, will himself restore, support, strengthen, and establish you. To him be the power forever and ever. Amen” (5:10-11). 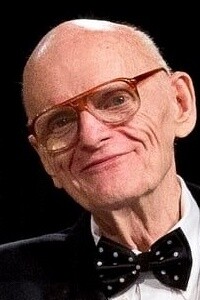 Tagged with: Easter, Year A