(An excerpt from Art That Dares: Gay Jesus, Woman Christ, and More)

Two dramatic new visions are coming into consciousness: the gay Jesus and the woman Christ. They break gender rules and gender roles. Their very presence stirs controversy. These radically new Christ figures embody and empower people who are left out when Jesus is shown as a straight man. They can free the minds of everyone who sees them. Images of Christ as queer or female are now popping up around the globe with increasing frequency in political debate, historical research, artistic expression, and spiritual contemplation.

The images are arising now because the conventional Jesus is no longer adequate. They’re here for a reason: to heal and empower people, just as Jesus did when he walked the earth. The new images come at a time when hyper-sexual commercialism is ripping apart sexuality and spirituality. They arrive in a politically conservative period when Christian rhetoric is used to justify hate and discrimination against women and lesbian, gay, bisexual, and transgender (LGBT) people. The gay Jesus and the female Christ are not a reaction. They’re a revelation. The new images grow out of humanity’s age-old desire to see ourselves mirrored in the divine. Countless versions of Jesus Christ have been created, each adapted for a particular audience and era. For example, European artists generally picture a white Jesus, and Asians tend to make Jesus look Asian. Artists are the dreamers who can articulate an idea before any community is ready to accept or expound it. They are free to mix religious iconography with their own experiences and imagination. They can rectify the past and transform people by creating new images out of contemporary life. Appreciation for the gay Jesus and woman Christ images is not limited to LGBT people, women, or even Christians. Many others are also turned off by dogmatic, male-dominated religions and the wars they fuel. Such people may welcome the sacred feminine and the gay-sensitive reassessments of Christ. On a deeper level, the new images aim to heal the painful split between body and soul that came with patriarchy. Without that basic wholeness, humanity is likely to continue down the destructive path of war, economic exploitation and ecological destruction.

The gay Jesus and the woman Christ may come as a shock, especially to those who believe in the divinity of Jesus Christ. Some denounce them as blasphemy because they differ from traditional images. Others, myself included, experience them as a blessing that enhances Christian faith by embodying God’s wildly inclusive love for all.

The new images are useful for church libraries and individual devotions because they enlarge the way readers see God. Looking at the new images makes it easier to recognize the image of God in oneself and in others, particularly women and gays. Art can open the heart in a way that traditional texts may not.

It is appropriate, even essential for Christians to explore Jesus’ same-sex attractions and female side because in him God became flesh-a total, shocking identification with all people, including the sexually marginalized. Christ embodies male and female as well as humanity and divinity. The images start to compensate for the institutional church’s past biases and omissions. The Bible gets translated from its original Greek, and sometimes Christ needs to be “translated” by making him female or queer.

The gay Jesus and woman Christ have a special urgency for people who have been indoctrinated with self-hatred in the name of Christ. Many LGBT people feel that God hates them, and many women feel that God requires them to suppress their gifts. Some would say that is blasphemy!

The new images do even more than empower women and LGBT people. They liberate the Christ who dwells within every individual. Each human being encompasses both masculine and feminine energies, and those who keep one side in shadow do so at their own peril. Queer people benefit from seeing Jesus as queer-and so do straight people. Women benefit from seeing Christ as female-and so do men. I believe that the Christ who inspired the new images will speak directly through them to bless everyone who looks at “Art That Dares.” 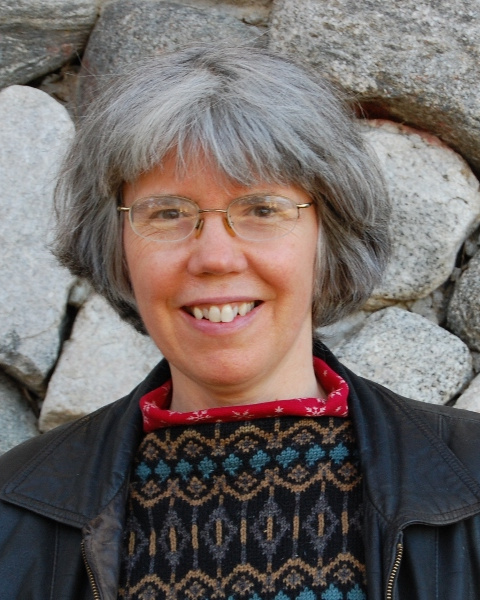 A lesbian Christian author who writes regularly about LGBTQ spirituality, Kittredge Cherry holds degrees in religion, journalism and art history. She was ordained by the Metropolitan Community Churches and served as the denomination’s national ecumenical officer, advocating for LGBTQ rights at the National Council of Churches and World Council of Churches. She maintains the website QSpirit.net.