Queer in Quarantine: The Reality for LGBTQI Students During COVID-19

“I feel like I’m undercover in my own home, waiting to be discovered for who I truly am.”

These are the words of my peer — let’s call them “Ollie” — who lives in a constant state of anxiety and paranoia since they have returned to their home after their university closed due to COVID-19. In a homophobic household, Ollie’s queer identity, an integral piece of who they are, is not tolerated by their family.

They have had to re-learn behaviors connected to a negative past in order to navigate this environment. Ollie is not only expected to act “straight” but also to judge people who are LGBTQI. For example, Ollie has to critically police how they respond when their siblings make homophobic comments; Ollie cannot take it personally nor can they stand up for their community.

For instance, one night, Ollie had to be very cautious when responding to their siblings after they commented on the painted nails of a male actor. “You would’ve thought that he would’ve stripped naked on live TV because they exclaimed ‘this is gross; what’s wrong with him; that’s so gay.’ I tried to push back gently by saying how the paint on your nails doesn’t say anything about you.” Nonetheless, Ollie could not speak out in the way they desired.

Ollie’s main priority is “showing God’s love,” but while their family claims the same, it often feels to Ollie that the family’s main focus is religious judgment. Growing up, Ollie has been conditioned to view homosexuality as the worst sin, despite the fact that the Bible says no such thing. This contributes to their feelings of shame and confusion regarding their queerness. Therefore, they have had to reconstruct their relationship with Christianity due to their family’s religious justification for homophobia.

This has been a complex journey because many of Ollie’s queer peers have divorced themselves entirely from religion; they see it as an oppressive entity. Although Ollie has been able to develop an independent relationship with Jesus and has determined what being a Christian means for themself while away from their family, returning back home has been a difficult reminder of how religion can create feelings of guilt.

Overall, this adds another layer of complexity to Ollie’s home life. “We both apparently follow the same moral compass [the Bible] but we are moving in completely different directions.”

Ponder this scenario for a moment, having no options but to recondition yourself to judge a community you belong to, in order to live as comfortably as possible in a setting where you are supposed to feel safe and affirmed for all of your identities—racial, sexual, gender, etc. Together, these experiences lead to the sharp decline of mental health; Ollie states, “I’ve let myself out of this box and putting myself back in it, I didn’t realize how small and dark it is because I haven’t been in it in a while.”

Ollie’s story is one of many that highlights the current reality of some LGBTQI college students who had to return to homophobic households during this pandemic. Isolation from their affirming community combined with additional emotional and mental stress puts the lives of these students at risk due to the high rate of mental health issues among queer people.

Pushing against the heightened risk of mental illness coupled with constant exposure to unsupportive family members is like “fighting an impossible fight,” Ollie declares.

As a queer person and somebody who works with the LGBTQI community, I am in constant dialogue with people who frequently face these scenarios. It is heartbreaking to hear stories like Ollie’s in which queer students feel unsafe around the very people who should uplift and love them unconditionally.

Especially during the current health crisis, it is critical for everyone to be prioritizing all aspects of their health, but LGBTQI students face significant obstacles in doing so. Therefore, it is vital for families to create environments where their child does not have to live behind a disguise.

Depending on familial dynamics, all students have to alter some behaviors in front of their parents. That being said, this pales in comparison to the adjustments made by LGBTQ+ students in unsafe households. These students are masking an essential piece of their identity in order to survive in their own homes, all at the expense of their mental wellbeing.

In a moment where everyone’s health is the main concern, children of all ages need a safe and affirming space. Families can prioritize their children’s health by asking how they need to be supported and by engaging in intimate conversations. For instance, opening the door to discussions of gender identity and sexual orientation.

Finally, parents are supposed to love their children unconditionally. Therefore, they must do the work for their child to feel comfortable to express themselves for who they truly are in an environment that is free from self-censorship, paranoia, and anxiety.

For more resources, explore those provided by The Trevor Project. 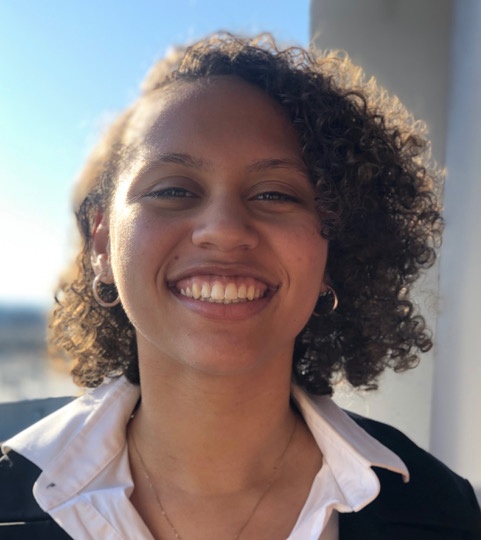 A rising junior at Wake Forest University pursuing a double major in Women’s, Gender, and Sexuality Studies and Religious Studies with a concentration in Religion and Public Engagement, Leilani Fletcher is a New York City native who is passionate about social justice and advocating for marginalized communities.