Scriptures, Homosexuality, and Mistreatment by Churches and Christians

I have carefully read the biblical passages that people generally use when writing and discussing homosexuality. I have also read numerous books written by theologians and biblical scholars (including ordained ministers) from Lutheran, Methodist, Presbyterian, Episcopalian, and Catholic religious traditions that explore extensively and intensively the often-quoted scriptures regarding homosexuality. Many theologians and Bible scholars have come to understand that the scriptures in the Bible that are so frequently used to clobber gay and lesbian people do not pertain to same sex relationships as we know them today. Instead, those scripture passages refer to temple prostitution and gang rape, which are clearly wrong.

When a person researches, reads, and studies the scriptures thoroughly, they can learn that the Bible does not condemn loving same sex relationships, as it may first appear to. The word “homosexuality” did not even exist until sometime during the late 1800s and a Bible that contains the word homosexuality can be viewed as an inaccurate translation. However, if people are not willing to examine scripture carefully, they can be very easily misled. In the past, the Bible was often used to justify slavery, discrimination against women, the disabled, and on and on based on a surface or superficial reading.

At one place of employment, my supervisor was a married man and an atheist. His favorite employee was a married woman who was a devil worshiper. I worked there over five years and looked the living devil in the eye every day. The scripture passages from Romans are a much more accurate description of these two people than of any gay or lesbian person I know. Although I was a member in good standing, the ministers of the church where I was a member refused to minister to me in this very trying situation, which is the reason I am no longer a member of that church or denomination.

As hard as it may be for some people to believe, there are many gay and lesbian people throughout the world who are indeed Christian, who serve in churches, play musical instruments in churches, and sing in choirs. I have been very actively involved in the gay community for five years and personally know many gays and lesbians who are indeed Christian. The gay and lesbian people I know are very active in the churches they attend and they serve on various boards, teach Bible study classes, worship, pray, and believe in God. They have more Christian care, compassion, integrity, and values than the ministers in the fundamentalist churches in which I grew up ever had.

Twenty-six years ago when my father left us for another woman, my mother and I were rejected from church after church. We were unable to go to church for over ten years-the ten years just before my mother’s death when we needed the church and Christians more than ever. One of the reasons that I am still unmarried is probably because I could not go to church during my teens and twenties where I could possibly have met a significant other. (Due to where we lived and my work schedule, it was impossible to go anywhere else where I could have possibly met someone.) I feel the church cheated my mother and me out of the care, concern, and compassion of a minister and church family as she was dying and that the church cheated me out of a family.

It seems that so many of the preachers who mistreated my mother and me so horribly-certainly not with any kind of Christian forgiveness, mercy, tenderness, or kindness-are the very preachers who stand in pulpits judging, condemning, and gay bashing. In contrast to how the churches and ministers mistreated my mother and me, the gay community has shown me so much more Christian love, care, concern, and compassion than the preachers who gay bash ever have. This simple fact always amazes me-that those who are supposed to be ministers and supposed to care and be concerned about others instead mistreat others. However, the people who the ministers consider sinners have proved to be better Christians than the ministers themselves. How ironic! Based on the way the churches and ministers mistreated my mother and me and how the gay community has been so good to me, this leads me to believe that many churches are also very wrong in their teachings, condemnation, judgment, and mistreatment of gays and lesbians.

When I left the fundamentalist denomination in which I grew up at the end of 1995, one of the criteria I looked for in a church and denomination was a church where everyone would be welcome-especially gays and lesbians. If gays and lesbians are not welcome in a church, I would be unwilling to attend that church. I would fear that next week I might not be welcome. After all, as we all know and as mentioned above, the Bible was used for too many years to keep women in their place-who knows, next week someone might again decide to use the Bible to throw women out of the church altogether. I want to attend a church where everyone is welcome and no one is excluded for any reason. After all, Jesus “died once for all” (Hebrews 7:27, The New King James New Testament) and “Christ also died for sins once for all” (1 Peter 3:18, RSV). ALL includes everyone without any exceptions.

Over the last five years, God has helped me come to know, realize, learn, and understand that just as I did not chose to live the life I live-totally alone in the world with no family whatsoever-that gay and lesbian people do not chose their sexuality. No one would ever chose to live a life where they were going to be discriminated against, fired from their jobs, evicted from their apartments or homes, spit upon by people who claim to be Christian, etc. Homosexuality is not a mental, psychological, emotional, psychiatric illness, problem, or disease. Those who advocate change or reparative therapy are advocating a very dangerous form of treatment that is not approved by any reputable medical, psychological, psychiatric, or mental health professional association.

I remember my mother’s friend in Camden who had two sons who were gay. My mother’s friend and her husband carried their sons to surgeons, psychiatrists, psychologists, and neurologists all over the country trying to find a “cure” for their son’s homosexuality. Never once in all of my mother’s life did I ever hear my mother judge or condemn or make derogatory or negative remarks about her friend’s sons. When my mother talked with me about her friend’s sons, it was always with an attitude of care, compassion, and a sense of trying to understand-never a condescending attitude or an attitude of judgment or condemnation.

I am a Christian, not a fundamentalist, but a Christian. If the only kind of church I could attend were a fundamentalist church, I would never go to church again because of the hypocrisy that I have witnessed in fundamentalist churches. I believe that if the heterosexual hypocrites in the world and in the churches and the gay bashing ministers would leave gay and lesbian people alone and let them live in peace, that the world would be a much better and safer place for everyone. Sometimes I think straight people do not even know what love is, that they do not know how to love, how to express love, how to care, or how to be concerned about anyone. Sometimes I think straight people only know how to express hate, criticism, judgment, and condemnation towards others. I often wonder if it is because straight people are so jealously of gay people, and the stable, loving, honest relationships that gay people have, that cause straight people to gay bash, discriminate, preach and teach hate, and make the lives of gay and lesbian people so very difficult.

I also get very upset and angry when I hear the phrase “family values.” I seldom cry in public but about a year ago my minister mentioned family values during a sermon. I got so upset I had great difficulty staying for the remainder of the service. When I hear people advocating “family values” as if their definition of family is the only acceptable one, my blood just boils. My mother and I were certainly a family after my father left us but we were not welcome in the churches in the small town where we lived. I want very much to have or adopt children, as a single parent if I have to. The family values of the religious right are definitely not the family values of the Bible (read what Jesus says in the Gospel about who His family is). I resent the religious right trying to cram their views and definitions of family down everyone else’s throat. While I am a Christian, I do not believe what the religious right preaches/teaches/advocates and tries to force on everyone else.

It is also difficult for me to understand how people can claim that being gay is the cause for the downfall of family values. Most of the gay and lesbian couples I know have been together longer than most straight couples I know have been married! I am very familiar with the hard-line absolutes that are so strongly advocated by fundamentalists. Those hard-line absolutes nearly destroyed my mother and me and probably lead to my mother dying much sooner than she would have if we had been welcomed and accepted in churches after my father left us. I know the churches and ministers were wrong in their mistreatment of my mother and me. I also believe the churches and ministers are wrong in their mistreatment of gay and lesbian people. If anything, gay and lesbian people probably have a better value system, more morals, values, ethics, and integrity than many people in fundamentalist churches and the religious right-including the ministers in fundamentalist/religious right churches. After all, how many married ministers have been caught with their pants down and in bed with other men’s wives? Even some well-known fundamentalist television evangelists have had to admit to being caught in the act of adultery with someone else’s wife or with a prostitute. 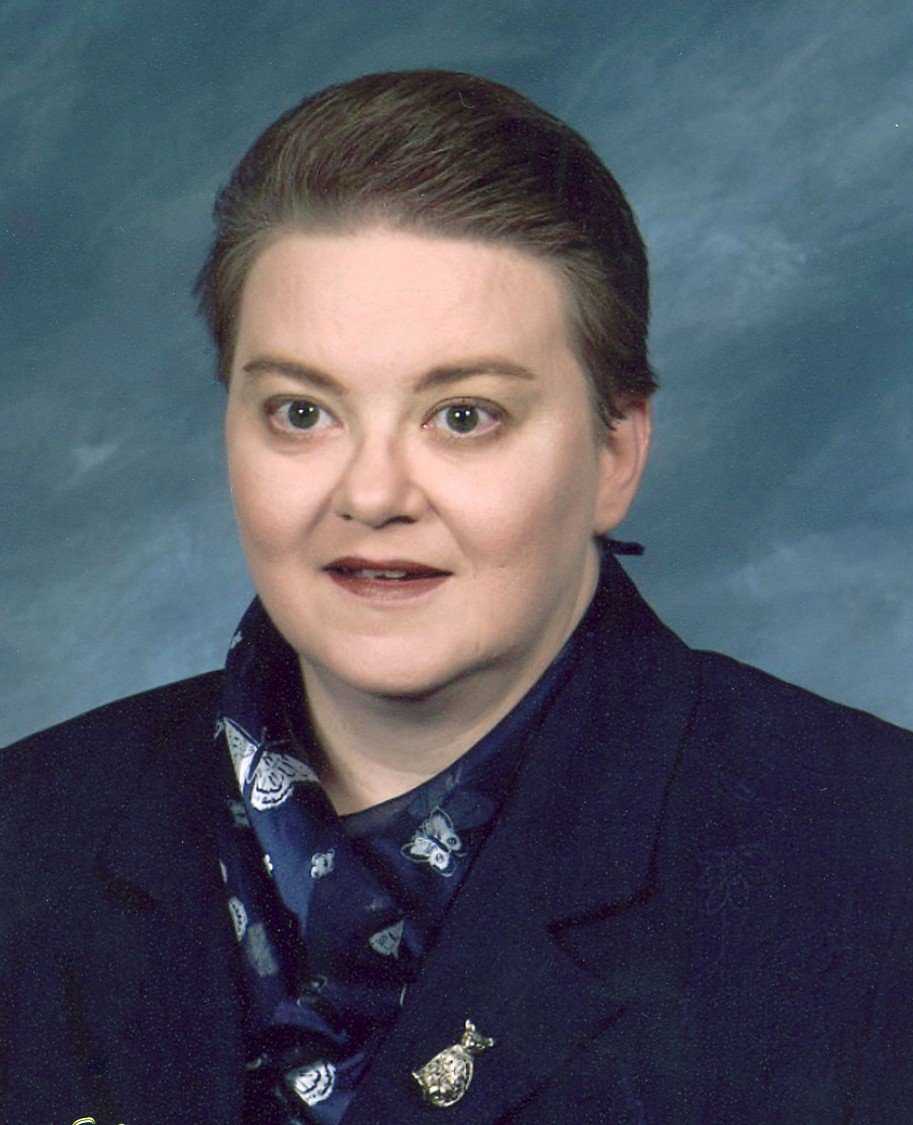