Standing Up to Big Mama: A Black Gay/Lesbian Requirement

Against my better judgment, I allowed myself to be lured into a conversation concerning the bible by an 80 year old black woman who wore a rhinestone studded church hat the size of Delaware. As she engaged me in conversation, her helmet for Jesus began to rotate around the temples of her head the more self-righteous she became as it tried desperately not to be outdone by her encyclopedia-sized bible that she clutched for dear life.

By the time I finished sharing with her all of my exegetical and theological conclusions on a myriad of social and biblical issues, big mama had firmly and permanently placed me on her warrior prayer hit list!!

In fact she used all of her might to fire hose me down with holy water while speaking in tongue. This ninja for Jesus wanted me dead for my own good!! She ranted, raved and quoted as many bible scriptures as there are stars in the universe. She couldn’t fathom, wouldn’t accept and eventually got down on both her bad knees to intercede to God on my behalf.

Reflecting back on the experience, I’m not sure what I was thinking when I began to share with her my progressive thoughts concerning spirituality, the black church, and the spiritual meaning behind scripture. Deep down I knew she really wouldn’t accept or understand the theological study that I’ve been pursuing to draw me closer to God, especially when it came to the issue of homosexuality.

But there was also a part of me that wondered whether we should continue to give up on all of the big mama’s and the “I’ve been preaching for over 40 years” pastor/bishops who refuse to comprehend anything other than the literal black and white text of King James.

They seem to worship the bible more than they worship God, becoming more pharisaic as they grow older. Since there is absolutely no biblical condemnation of homosexuality as it is correctly interpreted in its original Hebrew and Greek languages against 1st and 2nd century culture; our black clergy once it finally become theologically educated in greater masses, should actually become the bridge and healing point concerning homophobia within the black community.

At this point in time the odds of that happening are about as great as big mama changing up on her wigs. So that really leaves us as black gay/lesbians who know the truth to stand up for the truth.

Bottom line, whether young or old, clergy or laity, the black community as a whole can no longer replicate their white counterparts by embracing homophobia and worshipping hatred and then dressing it up as Jesus. It is time for us as black gay/lesbian men, women and children to finally ascend to the throne of political/social activism to fight against this spiritual war of wickedness in high places. For we must never forget that our liberation is not free and that our present, future and literal lives depend upon our standing up and being both seen and heard in this world. 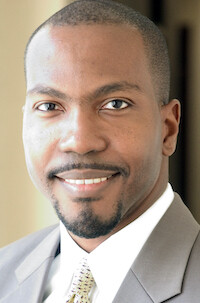