Close on the heels of a similar decision by the Episcopal Church, the Evangelical Lutheran Church in America lifted its ban on calling gay and lesbian pastors and approved of supporting committed, same-sex relationships of church members.

The 4.6-million-member ELCA, holding its weeklong Churchwide Assembly in Minneapolis in late August 2009, thus became the third mainline denomination to accept gay clergy and develop ways to bless same-sex partners. The United Church of Christ adopted these inclusive policies years ago; the Episcopal Church declared all forms of ministry open to gays at its July convention in California.

That the ELCA could reach this point before the Presbyterian Church (U.S.A.) and the United Methodist Church, which have had high-profile fights over homosexuality since the 1970s, was hinted at in findings published in journals in 2007 and 2008 by sociologist Wendy Cadge of Brandeis University.

In an interview, Cadge noted that the PCUSA and UMC have met strong resistance from conservative churches in the Bible Belt – in contrast to the ELCA, which is concentrated in the upper Midwest – and that the ELCA came to the homosexuality debate late partly because the denomination was formed, by merger, only in 1988.

When ELCA leaders addressed sexuality issues in this decade, their approach made a big difference, she said. “They developed the most comprehensive study materials for local congregations that I have seen, including a series of background papers they posted on their Web page,” said Cadge. She was the lead researcher in a study that looked at how 30 ELCA, PCUSA and UMC congregations in the Northeast engaged the issue.

There was “better understanding of homosexuality-related issues” among Lutheran congregants, who organized studies at local churches and gave feedback to the national task force working on a social statement. “The UMC tried to create such materials as well, but they were much more limited and not as widely distributed,” Cadge said. She also found various Presbyterian forums relatively ineffective.

“We found that the ELCA study materials narrowed the way people in congregations thought about homosexuality and effectively shaped the issue,” she said.

Two ELCA leaders also explained the breakthrough as a result of talking and listening to pastors and church members.

“We created a culture of conversation” on sexuality issues, said Allan Bjornberg, bishop of the Rocky Mountain Synod and chair of the ELCA Conference of Bishops. “We are good at doing ‘head stuff,’ but sexuality conversations have to get at the ‘heart stuff,'” he said in an interview. “We have deepened our understanding of what it means to be a diverse church.”

Presiding Bishop Mark S. Hanson, at a news conference, pointed to the “broad participation” of church members in recent years. “Our very deliberative process invited the church into the conversation.”

While giving thanks to God for decisions that gays and lesbians believe “were long overdue,” Hanson also appealed for unity: “We need you in this church to embrace those who are rejoicing and those who are lamenting.”

The debates over biblical interpretation among the more than 1,000 delegates at the Minneapolis Convention Center resembled those of many mainline church conventions over the decades.

“Nowhere does it say in scripture that homosexuality and same-sex marriage is acceptable to God,” said Richard Mahan, a pastor in Charleston, West Virginia. But Bishop Gary Wollersheim of the Northern Illinois Synod backed the change, saying, “It’s a matter of justice, a matter of hospitality; it’s what Jesus would have us do.”

Delegates first signaled a change on the third day by approving a broad social statement on sexuality in a 676-to-338 vote – exactly the two-thirds majority needed.

Other measures easily met the simple majorities required to pass. Delegates said the ELCA should find ways to allow congregations “to recognize, support and hold publicly accountable lifelong, monogamous, same-gender relationships.” The closest vote – 559 to 451 – gave congregations the option to ordain gay and lesbian seminary graduates as pastors and to hire professional church workers who are in monogamous same-sex relationships.

Important to many conservative delegates was a resolution to respect the “bound consciences,” or moral convictions, of members and churches that continue to object to the changes. Delegates passed that resolution 771 to 230.

That pledge was contained also in the final implementing resolution, approved 667 to 307, which noted that gay and lesbian pastors or church workers need not be already partnered as long as they “contemplate being in lifelong monogamous” relationships.

Mainline church policies have not barred celibate gays and lesbians from ministerial posts, and Christians who are in same-sex relationships have managed to serve in some churches.

The Episcopal Church had restrained itself for the past three years from ordaining another openly gay bishop besides V. Gene Robinson of New Hampshire, in deference to strong opposition within the worldwide Anglican Communion. In July, however, delegates agreed by a large margin to realistically and honestly describe the widespread inclusive practices in the U.S. church, and indicated that the Episcopal Church would continue along the path to inclusion.

The ELCA’s assembly voted two years ago to urge bishops and synods not to penalize churches that ordained gay and lesbian pastors in the period before this year’s human sexuality statement was to be voted on.

ELCA gay-rights advocates exulted over the change authorized at this year’s assembly. “Today I am proud to be a Lutheran,” said Emily Eastwood, executive director of Lutherans Concerned/ North America. “The ELCA has always had gay ministers,” she said. “Now those and all ministers are free to claim who they are and to have the love and support of a lifelong partner.”

The ELCA does not face nearly the problem with its international organization as the Episcopal Church has with the Anglican Communion. Bishop Hanson heads the 68.5 million-member Lutheran World Federation, and the LWF’s Geneva-based general secretary, Ishmael Noko of Zimbabwe, preached unity to the ELCA assembly on August 22.

“I believe that the whole Christian Church will be served well if Lutherans can provide an example of living together in love, speaking truth, confessing the faith, and sharing one another’s joys, challenges and conflicts,” Noko said. The LWF is requesting that Lutherans in 79 countries take part in a five-year study of sexuality and family issues.

Several voting delegates unhappy with the ELCA decisions suggested that they may drop their affiliation. Conservative Lutheran church bodies vowed support for them.

Leaders of the 2.4 million-member Lutheran Church-Missouri Synod and the 390,000-member Wisconsin Evangelical Lutheran Synod issued statements of lament over the actions by the mainline ELCA. “The current division between our churches threatens to become a chasm,” said Gerald N. Kieschnick, president of LCMS.

However, ecumenical relations with the United Methodist Church reached a high point on August 20 when ELCA delegates overwhelmingly approved full communion with the UMC, a move that permits clergy to serve posts in either denomination and allows the denominations to recognize each other’s sacraments.

Differences on gay rights with other denominations or within its own ranks, said Hanson, should not “diminish the [ELCA’s] capacity to work with ecumenical partners in fighting HIV/AIDS and malaria or  for health-care and immigration reform.”

United Methodists are not likely to adopt inclusive policies soon, primarily because of geography. “The UMC has almost 40 percent of its membership outside the United States, and our U.S. membership is concentrated in the Bible Belt,” said Troy Plummer, executive director of the gay-supportive Reconciling Ministries Network.

Timing has been another factor. Plum mer praised ELCA activists in the Good Soil coalition for being “exceptionally well organized” during this decade when public opinion has shifted leftward and a growing number of states have approved of same-sex civil unions and marriage.

Plummer said efforts of conservative advocacy groups in the ELCA seemed to fall short of the opposition conservative renewal groups mounted in the 1980s and 1990s against changes proposed by liberal United Methodists and Presbyterians. “The PCUSA and Methodists were fighting and losing more battles,” he said, and this perhaps helped to solidify opposing stances.

The 2008 Presbyterian General Assembly voted to allow gay clergy, but the action did not get the required two-thirds approval from the 173 regional presbyteries. Advocates were cheered, however, when the no votes were fewer than in previous failed attempts.

Of all the recorded votes by elders and ministers in the presbyteries, 49 percent were yes votes, according to the Covenant Network of Presbyterians. “It is clear [that] change is coming to the church,” said the group’s board in a statement. “The conversation continues.”

Reprinted with permission from The Christian Century, which holds copyright. 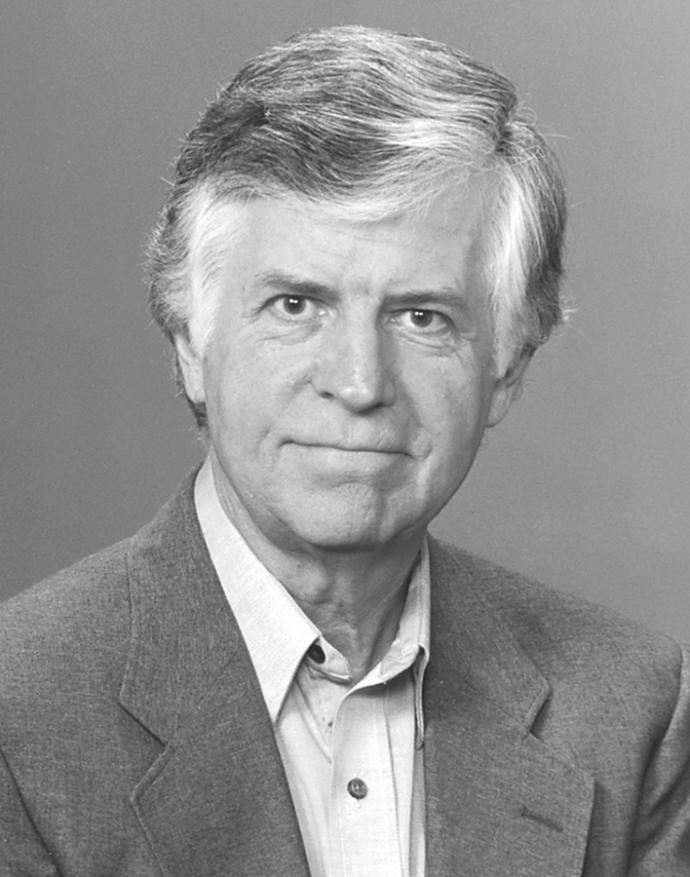 Longtime journalist John Dart served as News Editor of the Christian Century for 14 years. Prior to that he spent 31 years as a reporter at the Los Angeles Times, where he specialized in religion and was awarded the Supple Award for excellence in feature writing by the Religion News Association in 1980.

Tagged with: features, Lutheran, the church