The AIDS Quilt: Celebration of Life

Today I saw the AIDS quilt for the first time. It was a nearly perfect autumn afternoon with a gentle breeze and crystal blue sky. After church I went down to the National Mall with a couple of friends. Beginning on the west side of the Washington Monument at 15th Street, the patchwork of memorial panels stretched on the length of 24 football fields down the Mall to 3rd Street in front of the Capitol.

As it turned out, the pieces beginning at the Washington Monument represented the first panels to be completed moving chronologically toward the most recent at the Capitol end. The earlier ones were generally more austere and less personal — many were simply painted on sheets of canvas or broad cloth. The further east I walked the more interesting and creative the offerings became.

So many characteristics wove in and out of the panels. Symbols were everywhere, and of all, the rainbow was most common — along with red ribbons and pink triangles. Many had religious images, crucifixes, Stars of David, crosses and verses, and one with the Episcopal Shield and the Kyrie eleison complete with notes on the staff.

Language was important. Besides the obvious prominence of the name and dates of birth and death, there were personal messages from loved ones, poems — Edna St. Vincent Millay, Paul Monette — newspaper clippings — time and again chronicling of the death in some local metro or community section, breaking new ground, an accidental activist — pages from journals. In one a man reflected on an average day in his life, a day very much like today. The choice of language also, some in Spanish, one in Hebrew, another in French.

Titles spoke of accomplished lives. M.D., D.D.S., D.V.S., R.N., Esq., and Ph.D. among others. Some panels were dedicated to the unknown and one to the infants of the third world.

I saw one for Ryan White, Jonathan found one for Paul Monette.

As I walked the distance of the Mall, I encountered five separate stages where people announced the names of the dead: my dear brother Kyle; my faithful lover Peter; my little baby Micah. The litany of names echoed across the Mall. Weirdly, I would zero back into the tolling of the names when Randy was called out. It humbles me to realize the advantage of being a little younger, shier about sex, opposed to promiscuity, isolated in central America or central Kentucky, I know that after experience the AIDS quilt, I am more aware than ever of the horror of AIDS, more ready to speak out — no one deserves to die like that.

Eventually it’s all just a massive blur. I remember only a few. Two which remain with me were those of a couple. The panels were sewn side by side. Both men were from Atlanta and had died in 1987, one in April, the other in November. Under their names were strips with short phrases — lives summed up simply: “He loved plants. He loved animals. He loved his friends. He was an accomplished pianist. He believed in the goodness of everyone. He always smiled.” It made me cry.

There was another panel for a woman who was born in 1926. The message read: “Who would have believed that you, a grandmother, a straight woman, could get this disease. They diagnosed you only two weeks before you died. The made us swear an oath of silence. They were wrong — we were wrong. The only way to end this epidemic is to end the silence. We love you! Elizabeth & Sarah.”

Like the myriad panels with photographs of the dead, the impression of intensely personal memorials is the ultimate message. These panels are not simply fabric, not even works of art, they are rather works of love. And lest I leave you with the notion that they are all sad — many are humorous. My personal favorite was a panel expressing a life which loved architecture and building. The man’s name was constructed from Lego blocks. It made me laugh gently.

As I left the Mall, I was filled by the reality that I had just traversed a holy shrine, a place of celebration and not, despite the current status of the epidemic, despair. For the love of God was evident, the presence of God palpable, the promise of God — even to the least of these, my brethren — true. 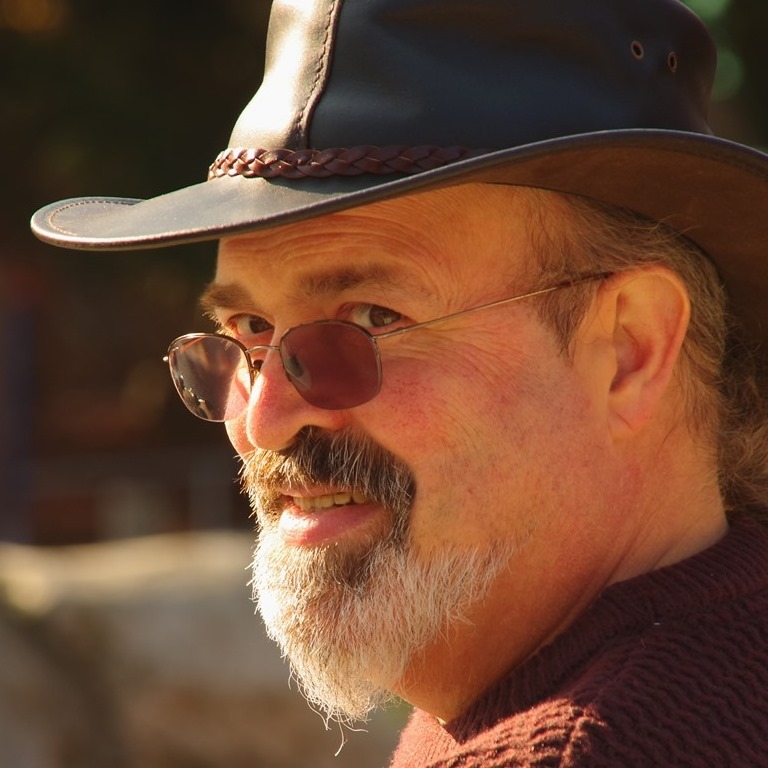 Michigan native Randy William Ash is an educator living in Maryland and has a blog at https://randuwa.blogspot.com.