The Art of Love and Forgiveness

What if the dying Christ had looked down upon the cross and raised His voice to His heavenly Father and proclaimed, “Father, do not forgive them for they have caused me great pain and suffering”? Would we still have the same image of Jesus? Would we accept this person as our Lord and Savior had He preached love and humility and then ended his life with a hardened heart and an unwillingness to forgive?

We read in (Luke 23:34) this was not the words of Jesus. Jesus, true to his ministry of love and compassion, asks God’s forgiveness upon those who have crucified Him. Not only does Jesus ask for their forgiveness, he goes one step further. He argues for them in their defense. Forgive them, for they do not know what they are doing.

We as gay and lesbian Christians have felt those wounds ourselves. Not only do we face a gay community that often persecutes us because of our Christian faith, we also are turned away by our fellow Christian brothers and sisters simply because of our sexual orientation. I would like to be able to say that all of this pain we have endured entitles us to be hardened and non forgiving. We certainly have the justification. After all, we didn’t cause it. It was others who placed it upon us, right? Well, if we examine scripture, we discover that as Christians, we are commanded to forgive. “And so, as those who have been chosen of God, holy and beloved, put on a heart of compassion, kindness, humility, gentleness and patience; bearing with one another, and forgiving each other, whoever has a complaint against anyone; just as the Lord forgave you, so also should you. And beyond all these things put on love, which is the perfect bond of unity.” (Colossians 3:12-15)

I recently suffered a Christian persecution moment myself. I was invited to attend a three-day Christian retreat. The retreat is not sponsored by our Church but has been popular among many of our members. A husband and wife in my Church recommended me for this. They knew that I was gay, but felt that this would not be an issue since the retreat is open to all and makes no claims of excluding anyone. Since I am not even in a relationship, and I had no plans of making an issue of being gay, I felt assured that I would be welcomed and enjoy my Christian growth experience. I received a call from my sponsor who was in tears telling me that I would be unable to attend the retreat. The review committee felt that I did not meet the criterion for attendance. It was because I was gay. Yes it hurt, and yes there was anger, but I realized something. I came in good faith to share the Christian faith with fellow brothers and sisters, and I was denied the experience. I knocked, and they did not answer. I had an opportunity to shed light on an issue, yet they chose to remain in darkness. Suddenly I realized my anger was not going to be of any use. These people needed my prayers and forgiveness!

When I returned to Church the next Sunday, even the most callous of Elders came up to me and offered their condolences and apologies. I wonder if this would have been the case had I taken a non-forgiving attitude?

We, as gay and lesbian Christians have a powerful witness to the world. We who have been shunned and persecuted still believe. We carry the Light of Christ within us, even after enduring abuse and rejection. But what good is it, if we can’t let go and forgive and love? For those, who have anger and find it difficult to love and forgive your persecutors put yourself in their shoes. Would you want to be accountable for their actions? Would you want to live in the darkness that they do?

Forgive them, pray for them and love them, for they truly do not know what they are doing. 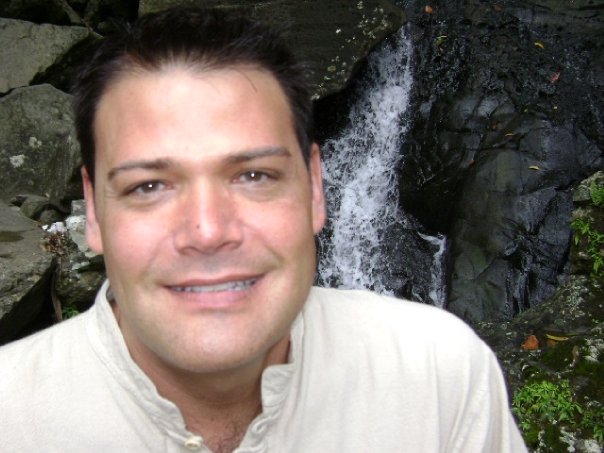 A native of Gary, Ind., Jeffrey Allen Gifford attended the Church of Christ and graduated from Merrillville (Ind.) Senior High School and Purdue University before relocating to Saint Petersburg, Fla. He earned a masters in library and information science from the University of South Florida and worked for the Clearwater Library.