The Good News and the Eunuch

The Ethiopian Eunuch is a fascinating character to me, not only because of who he is, but also because of the way he fits into the scriptures. The baptism of the eunuch shows the universality of the gospel. He was as much of an outsider as he could possibly be. At the same time, he gets so little treatment by the scriptures. I find it very interesting that Peter is lambasted by the church hierarchy a few chapters later for baptising Gentiles, but Philip gets no grief at all for baptising this man. It is a sermon from a first person perspective because I imagined that this man would have a great deal to say to us today. The passage for the sermon is Acts 8:26-40.

A man with no name… that is what I was. Even your Bible doesn’t give me a name, I’m identified only by what I am… a black man, a court official, a eunuch. I think there is a reason though why I have no name in this story. It tells a lot about my life and about the grace and love of God.

On the one hand I had a great deal of power. I was a court official and my word brought about results. When I spoke, people listened because they knew that behind me was the power of the queen, the Candace of the lower Nile. But before they would give me that kind of power they took away everything. In my world, your future was found in your children. I never would never have any. They weren’t worried about me trying to accumulate wealth because I had no one to pass it on to. I had no family to care for or support and so that temptation to corruption was removed. The king could trust me around the women of the court because my presence raised no questions. When a child was born, there was no possibility that it belonged to anyone other than the king. I was no threat at court in any way. I was a cipher, a nothing. I was a mouthpiece for the queen but I had no real existence of my own.

For a while this was fine for me. I still enjoyed all of the trappings of the court. I had beautiful clothing. I lived in the palace. When I spoke people jumped. I could chase the attractive people without fear of any consequences. I could walk into the chambers of the kings concubines and nobody stopped me. As a young man I felt that I had incredible freedom to do whatever I wanted and there was nothing to restrain me at all.

As you know, young men grow up and the shallowness of that life became all too apparent. I began to see that I could do what I wanted only because nobody really took me seriously. In the court, it was as if I didn’t really exist. I wasn’t really there. They could look right through me. Even those who jumped at my word didn’t really respect me. Some laughed behind my back. Some made fun of me. Some just pitied me because they knew the shallowness of my life. They saw that I was a man without substance, a man with no name of his own.

It was not a happy time for me. The others pitied me, ignored me, and I began to hate myself. All I could see was what wasn’t there. I saw that I would never have someone to love me (love without children wasn’t much of an option back then). I saw that there would be nothing that I could leave behind. I saw that I was a man without substance. Once I was gone, I would be gone.

Once again, my position was an advantage. I had all of the resources that I wanted to assist me. I could order that scrolls be found that would teach me about the religions of the world. I could order that teachers, priest, and rabbis be brought to me and that they explain the fine points, the subtleties of their understanding of God. You wouldn’t believe how many different religions there were in my day! I kept coming back to this religion of this small nation, occupied by the Roman army.

Their stories were unlike the stories of the other religions I studied. They talked of a God who walked with them. Their heroes were real people with failings like everyone I knew and the stories didn’t try to gloss over those weaknesses. They didn’t give simple answers to hard questions but just relied on this God who would be with them whatever they faced, and their history hadn’t been an easy one.

In many ways, I identified with them. They had been slaves. They had had their homes and their futures stolen from them. They had been pitied by the nations of the world. They were treated as nothings. I went so far as to travel to their temple in Jerusalem to learn more. I embraced as much of their faith as they would allow. You see as a eunuch, I was not to be accepted into their worship. Once again, I was left on the outside.

I thought that I had found the answer only to have them close the door in my face so I headed home with my entourage. As I rode in my chariot, I read to pass the time. In my day the spoken word was always seen as more powerful than the written one so we read out loud. I was reading a passage from the prophet Isaiah.

Like a sheep he was led to the slaughter,
and like a lamb silent before its shearer,
so he does not open his mouth.
In his humiliation justice was denied him.
Who can describe his generation?
For his life is taken away from the earth.

And suddenly this man appeared as out of nowhere. He asked me whether I understood what I was reading. I didn’t… and I told him that.

He began to explain the prophecies in the light of a man named Jesus. He told me how Jesus had healed the sick and that he even touched the unclean, those who diseases meant certain death and were communicable. He told me that he spoke words of hope to outsiders. He told me how we taught the nobodies: women, children, the foreigners, the poor, the people who were invisible and who didn’t seem to matter. The words began to burn in my heart. This Jesus was the One. He was the one who showed us the path to God. He was the one whose life showed the nature of God. He was the One.

This teacher went on. He told me how Jesus could have led a revolution against Rome. Some of his followers wanted him to do just that, but he refused and said that God’s kindom comes in a very different way. They crucified him because everything he said and everything he did challenged the powers of the day. God didn’t abandon him though. God rose him from the dead and the power of God’s love defeated even the power of death.

The story continued as his followers spread the good news of God’s love all through the land. When men and women heard the good news and chose to follow Jesus, they symbolized their new direction by being baptized. They dunked them in the water to show how Jesus had cleansed them of their sin, to show that they were dead to their old lives and alive to God. They were baptized in water to show everyone what God had done in their hearts.

I wanted to shout for joy. I heard the good news and it was just what I needed. The way to God had found me and it was Jesus. I was ready to follow him anywhere. I was ready to do whatever Jesus would have me do. The answer to all of my heart’s need was right there in this story of God’s love putting on human flesh.

We came to a small stream and before I could think I asked, “What is to prevent me from being baptized?” No sooner had the words come out of my mouth than I realized how silly they were. I was a nobody. I was an invisible man… if I was even a man anymore. The Israelites had made it quite clear to me that I could believe what I wanted but that I could be a part of their faith. I heard the words about Jesus but it was probably too much to believe that Jesus would love one like me. I had heard the other message so many times that said that I was an ineffective nobody that I was afraid to really believe that this wonderful good news was meant even for me. I was ready to give up everything to follow Jesus but I was sure that I didn’t have anything that he would want. As soon as those words came out, I wished I had kept my mouth closed. If I had been crushed before, this rejection would be the final one.

The feelings were so confusing. On the one hand I was sure that I finally had found the answer to my longings while at the same time I was sure that it would lie forever outside of my grasp. I was planning how to share the good news and at the same time I was thinking of suicide if this message was not for me. As the chariot stopped, I was afraid he would laugh and walk away. Instead, he took my hand and led me to the stream. I waded in as if in a dream. He took my hands and looked me in the eye and asked me whether I was ready to follow Jesus. I said yes and he baptized me there.

When I wiped the tears away, he was gone. If I wasn’t all wet, I would have been tempted to wonder whether it was a wonderful daydream. It wasn’t. Jesus came into my life that day and everything is different. There are still those who laugh at me, who pity me, who look past me as if I’m not there. There are even times when I pity myself, but I know underneath all of it how much God loves me. I know underneath all of it that Jesus walks with me whatever I face. I know that I am a part of God’s plan to transform the world and that I have children in the faith all through Ethiopia, you see I’ve been living and telling the good news in my life as well.

Your Bible doesn’t tell my name… but that is because I could be anyone. I could even be you. And the wonder is that God loves each of us no matter how alone, or invisible we feel. 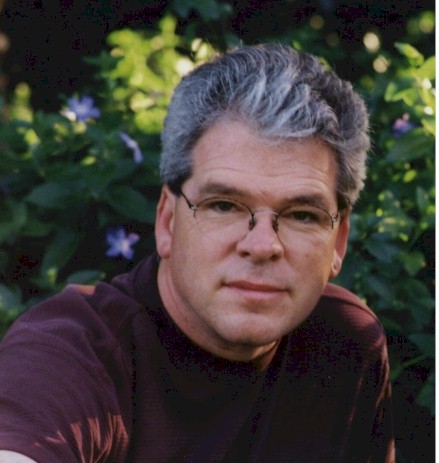