The Idol of Empire

In his State of the Union address, which is now being used in a campaign commercial, President Bush said, “It would take one vial, one canister, one crate slipped into this country to bring a day of horror like none we have ever known.” Who among us has not had that fantasy recently, that Al Queda could hit at any moment; blow up a plane, take out a bridge, or rain poisonous gas down on one of our sport’s stadiums? It is terrifying to say the least, and now no longer beyond the scope of imagination. But we need to step back for a moment to examine the theological assumptions behind this vision of terror and ask if our Western religious traditions have anything to say to it.

As a scholar of Western religions with an interest in religion and violence, I well know that religion has often been an agent of violence. This usually happens when religion and the state are combined and religious language is used to rationalize the coercion of the state. But religion — especially Western monotheism — has not always been the patsy of the state. Indeed, Islam, Judaism, and Christianity have often resisted the power of the state and challenged its basic priorities.

These great Western traditions have questioned the fundamental idol of empire: its need to survive. At the center of Bush’s campaign is the idea that our survival depends on our military strength and, more than that, on our ability to preempt violence against us. As he says, “Since when have terrorists and tyrants announced their intentions, politely putting us on notice before they strike?” The logic is that, in reaction to September 11th and the various threats to our survival, we have an obligation to strike back against these “evildoers” before they hit us. Our highest priority is our security and our survival.

Our Western religious traditions attack the very heart of this message. To value survival over every other value, to make it one’s core priority, is to create an idol. As the great mid-twentieth century Protestant theologian H. Richard Niebuhr said, idols “absolutize the relative.” This is a fancy way of saying idolatry causes us to reverse our priorities. Instead of seeking justice and mercy so that we can create a nation worth living in, we put survival and security first — regardless of the consequences. As Jewish prophets said, “I desire mercy and not sacrifice … what does the Lord require of you, but to do justice, and to love kindness, and to walk humbly with your God.” As we sacrifice to the idol of survival we feed the system of empire that says whatever must be done to survive we will do. Whoever needs to be killed will be killed; whoever needs to be destroyed will be destroyed. This, as prophets of Israel, Islam, and theologians within the Roman Catholic and Protestant churches know, is a slippery road that is tremendously appealing to many people, but endangers the soul of the nation.

The events of September 11th made us vulnerable and questioned our very survival. But the Western religious traditions confront us with deeper values than mere survival; they call us to be “a light to the nations,” “a city on a hill.” They call us to tear down the idols of self-preservation and to think of the common good, not only the good of the United States but of the world. It is far too easy in time of national crisis to merely worship the idol of survival, the core of empire. The road less taken is to do good, love mercy, and walk humbly. It is important to disentangle religion from the state, and realize the power of religion to call us to a higher vision and a larger priority. Fear and survival are the brothers of violence; justice and mercy are the sisters of peace. We must choose between these two. The survival of our nation’s soul depends upon it. 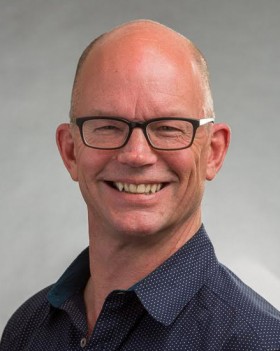 James Wellman is Professor and Chair of the Comparative Religion Program in the Jackson School of International Studies at the University of Washington.