Toward a Lambda Theology

In other words, the year 2005 will mark the passage of precisely one century and a half since the roofs — not to mention the church steeples — of the world were first shaken by a barbaric yawp from its sexual minorities.

As we approach that anniversary date, one finds that despite a great deal of progress in the reconciliation between sexual minorities and other people of faith, we have made little advance in answering the question: Do we (the sexual minorities) have our own unique contribution to a modern understanding of God?

From our distant vantage on antebellum America mores, it’s a bit hard to appreciate how shocked readers were to realize that Walt Whitman wasn’t merely venting an orgasm in the embrace of some rough omnibus driver (perhaps Fred Vaughan, the lover who was sharing his bedroom in the Whitman family home in 1856). Leaves of Grass not only announced to the world that Fred had turned over upon him, parted his shirt, and plunged his tongue to Walt’s bare-stripped heart. No, that’s the not half of it. Because then — swiftly, says the poet —

arose and spread around the me the peace and joy and knowledge that pass all the art and argument of the earth;

And I know that the hand of God is the elderhand of my own,

And I know that the spirit of God is the eldest brother of my own,

And that all the men ever born are also my brothers… and the women my sisters and lovers,

And that a kelson of the creation is love…

In other words, this was no mere tumble in the tall calamus grass. Whitman declares that his “unspeakable passionate” love for his “prodigal” has brought him to the verge of a unique encounter with the reality of God. Today we can only wonder whether such an insight is potentially buried within each of us, beneath the veneer of conventional religions grafted upon us by the dominant cultures.

Many other questions accompany this one. For instance: where else but inside of ourselves will we ever truly discover the affirmation of our mysterious role in the working of the earth? If anything should have become clear over the past 150 years, it’s that general society has even less of a clue to our purpose and significance than we ourselves do.

What else, except our own distinctive “family values,” can serve us as a source of workable principles for daily life in a society stricken with ruthless irrationality?

And if we do not seek to better articulate our Other’s view of God, how can we ever hope to demonstrate that the persecution of sexual minorities is essentially no different from other historical examples of religious persecution?

In this essay, I’m inviting our community’s thinkers to come to terms with these matters by considering the development of a lambda theology.

On a lambda theology

A lambda theology would be a study that would differ from other movements by virtue of its grounding in first principles. It would commence from: (1) an understanding of the cosmos derived from scientific research; (2) a description of the construction of personal worth and purpose derived from the findings of developmental psychology; and (3) an appeal beyond objectivity to human feeling.

Granted, this third element, this emotional appeal, is a universal aspect of other faith traditions. In the case of a lambda theology, the appeal would draw upon the brilliance of many writings that have somehow survived the censorship of sexually diverse philosophers throughout recorded history. We would join the contributions of many other startling voices to Whitman’s. Although it’s not strictly necessary in theory, in practice it would be particularly compelling if we cited only thinkers who are known to be, or suspected of having been, in the sexual minority.

What would a lambda theology not be? An academic prescription formulated by or for ‘the experts,’ as indeed there are no experts on a theology that hasn’t yet been threshed out. Instead it would be a pragmatic, native movement for people of faith that convincingly articulates the experiences of sexual minorities. It might serve as a practical resource to humans during the seasons of their lives, from birth, to growth, to love and commitment, to death.

Nor would it be centered around a notion of sexual activity in and of itself as a source of transcendent experiences. (Too many, in my view, have for example made that mistake in interpreting Whitman.) Rather, it would be centered around personal relationships and social commitments as a critical origin for experiences of God’s love.

A development process for a lambda theology would be consensus-based and open-ended, always a work in progress. But it should become neither a magnet for unrealistic sentimentality, nor unexamined cliches, nor any contributions of abstruse intellectualism. It would not be sectarian, reflecting predominantly the views of Christians, Jews, Buddhists, Hindus, Muslims, New Age, atheists, or any other camps, but rather would be ecumenical, representative of the entire community of faith, including the contributions of atheists, and it would be panethnic, representative of the entire family of women and men.

On the other hand, it needs to be translatable into the doctrinal “dialects” used by Christian, Jewish, and all other communities of faith that welcome sexual minorities. However, one can only hope it would not be crippled and defeated by its most serious threat — interpersonal power struggles masquerading as stewardship of ethnic, gender, or other partisan “inclusiveness.”

In a lambda theology, I suspect that God would not be viewed as a person in the same sense that one’s mother or father is a person, although seekers sometimes find this a helpful metaphor to express their experiences of faith. God would not therefore be viewed as a capricious source of personal reward and punishment, suspect to flattery, coercion, or bargaining through the petitions of believers, although the temptation to that view runs endemic in the history of religious belief. God would be viewed through a very modest, perhaps even tiny, kernel of the faith revealed when many religious formalisms are stripped of all their artifices, although partisan initiatives to restore those artifices are difficult to resist. God would also be viewed as a self-evident experience revealed continuously throughout the day. The usual convincement in God would probably be found to be the result of an emotional sensation of faith. We would have to acknowledge that humans tend to dismiss natural miracles in favor of artificial ones, as Whitman so eloquently reminds us.

Hopefully we would conclude that God is the grounding reality for ethical principles (ultimately traceable to logical principles). And thus perhaps God is what helps us find our way in a chaotic society. It’s regrettable that historically, theologies have been strongly distorted by the same chaos they hoped to ameliorate.

If these suggestions have any resonance for sexual minorities today, a congress of people of faith could be convened to discuss how to move them ahead. Inquiries can be directed to the author.

Mitch Gould is a software engineer specializing in the development of easier-to-use products for the Internet. He earned a Masters degree in Physics from Georgia Tech and a Masters in Anatomy from Emory Unviersity School of Medicine, and is the author of two books on computer mulitmedia. He is also the author of the entry on “Love” in The Walt Whitman Encyclopedia. Gould is married and lives in Forest Grove, Oregon with his camerado, Roger Moss. Since arriving in Oregon, Gould has invoked Whitman’s poetry in testimony before an Oregon legislative hearing on the “defense of marriage,” has published on diversity and tolerance in The Oregonian, has exposed the policies of the conservative legislators in his district, and recently led a campaign by the West Country Coalition for Human Dignity to have his town issue a diversity proclamation. 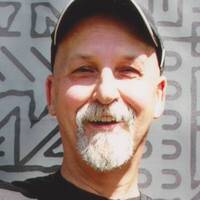 Arkansas native Mitchell Santine Gould is the leading authority on Walt Whitman’s mysterious connection to Quakerism and developed “I Call to Mankind,” an hour-long one-man play based on “Song of Myself.” He served on the steering committee of the Community of Welcoming Congregations and was an organizer of a meeting of Friends for LGBTQ Concerns dedicated to prominent gay figures in Quaker history. He earned masters degrees in physics and anatomy from the Georgia Institute of Technology and Emory University and has published in Physics Today, Popular Science, Men’s Fitness and Runner’s World. He relocated to Oregon in the late 1990s and produced a historical documentary about the introduction of the giant sequoia to the state, titled Tuality Giants.