When the Spirit Moves You

Lesbian and gay people, along with our bisexual and transgender brothers and sisters, are spiritual people. It’s true!

For more than 35 years, I’ve worked and ministered with LGBT people, and I’ve learned this lesson: Many — I believe, most! — LGBT people have a deep spirituality that nurtures, sustains, and empowers us.

And something powerful always happens when we listen to God’s Spirit! I know this from personal experience.

In 1968, I had been through a rough time. I had been rejected by my former church when they discovered I was gay. I experienced a failed gay relationship. I got depressed, lost my perspective, and hit bottom. I attempted suicide.

And in the process of reconciling my sexuality and my spirituality, I discovered that God and God’s followers aren’t necessarily on the same wave length. Too many religions have allowed human-based traditions to creep into their beliefs. Others have adopted society’s biases. And, yes, some religious leaders have exercised their own control issues and internal emotional problems — and then imposed them on their religious followers.

And here is the secret of God’s Spirit: When the Spirit moves you, you should first listen. And then you must act. In my faith tradition, we call it “taking a step of faith.”

So I listened to God’s Spirit — and then I acted. I took a step of faith. I put an ad in a local paper announcing that I was starting a church where LGBT people could grow in their faith and explore their spirituality. On that first Sunday, 12 people showed up to worship at my home in Huntington Park, California. That group grew into the first Metropolitan Community Church (MCC) and within two years, had grown to more than 1000 people. Today there are predominantly LGBT MCC churches in 23 countries, and each year more than 225,000 people attend services and programs.

Here ‘s what LGBT people have done: We’ve reclaimed our spirituality. No one can deny us our faith. No one else can define us, or limit us. We’ve reclaimed the positive, hope-filled message of the Bible — and worked to liberate it from the biases and prejudices that too many religious leaders imposed on it. We’ve created our own positive, creative places of worship.

Over the last two decades, the LGBT spirituality movement has blossomed. Today, there are predominantly-LGBT temples for Jews and LGBT-faith groups for Muslims. Every major religious denomination in Christianity has an LGBT-affirming group that is working for spiritual change from within.

So don’t let anyone or any group deny you your right to the Creator’s love and blessing in your life. Through spiritual faith, LGBT people are discovering new depths to love, hope, forgiveness, wholeness, and fulfillment in life.

Make time in your life each day to listen to the “still small voice” of God. When the Spirit moves, take time to listen.

And then, act! Take a step of faith — and discover that God really loves you, just as you are.

“The Other Side” has links to more than 60 LGBT faith groups and resources. 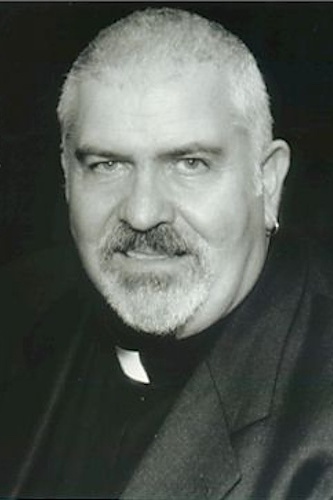 An American religious leader and gay and human rights activist, Rev. Troy Deroy Perry Jr. is founder of the Universal Fellowship of Metropolitan Community Churches. On June 28, 1970, with two friends, Morris Kight and Bob Humphries, he founded Christopher Street West to hold an annual Pride parade that is now the world’s oldest. His books include the autobiography The Lord is My Shepherd and He Knows I’m Gay and a sequel titled Don’t Be Afraid Anymore, plus Profiles in Gay and Lesbian Courage and 10 Spiritual Truths For Gays and Lesbians* (*and everyone else!). He was a contributing editor for the book Is Gay Good?