I was licensed to preach on the first Sunday of June, 1973. I’ve been preaching for twenty-four years,with almost ten of those years in the pulpit of this church. That is fairly unusual in a day where people change jobs nearly as often as people used to change underwear.

Jesus wouldn’t have lasted very long as a pastor these days. He was too prone to confront people’s assumptions. He was fond of challenging people’s beliefs and values. We don’t read books which disagree with us and we don’t listen long to preaching that challenges how we live.

There were several points where Jesus rubbed the Pharisees wrong, but probably none more noticable than how Jesus treated the Sabbath laws. As demonstrated in the gospel lesson for today. Jesus healed a man with a withered hand on the Sabbath which infuriated the Pharisees. In fact, today’s lesson ends with the words: “The Pharisees went out and immediately conspired with the Herodians about how to destroy Jesus.”

They didn’t want to punish Jesus. They wanted to destroy him. What is it about this healing that stirred such vehement rage? One thing that was probably true about the Pharisees that day is something that is often true for us – the cause of our immediate anger is often not the real source of our original anger.

The Pharisees weren’t so angry with Jesus that they wanted to destroy him just because he had healed a man with a withered hand. They were really angry because Jesus’ way of living and being in the world shined a light on the ineffectiveness of their own spirituality. Abundance of life flowed from within Jesus into all those he touched. That only pointed out that their faith was not life giving.

They had a system of belief that answered every question. They knew every appropriate behavior for every situation. Their faith system provided great security and safety. It wasn’t ambiguous or risky. That is the also the appeal of modern fundamentalism.

Life is so rapidly changing and so often uncertain that there is a great longing for a faith system that provides quick, easy, clear and unambiguous answers to all of life’s questions.

I had lunch, one day several years ago, with a fellow who left our church and went to another. He criticized us for not telling people what they should believe and how they should live. I knew I was wasting my breath when he said to me, “I may never keep the rules, but at least if I know what they are I can enjoy breaking them.”

Modern fundamentalist Christianity is mostly about controlling people’s beliefs and people’s behavior. It is also about controlling God. We want to be able to explain why things happened and why they didn’t; because, if we cannot explain them we are not in control of them.

Jesus didn’t follow the religious rules and it made the Pharisees very angry. Most of their anger was rooted in fear. They were afraid they might be wrong about who God was and how God behaved.

In the early 80’s I was the Director of Education for the Atlanta Gay Center. In that capacity I taught a class at the Atlanta Police Academy. Each month I tried to teach them ways to be sensitive to the lesbian and gay citizens of Atlanta.

You never saw people yank down their hands so fast. Most of my time was spent answering their questions. All would be fine until someone would ask a question about religion or the Bible. Then my life became hell. The more devout the questioner the more hateful they became. Finally an atheist in the room would come to my rescue.

It is somewhat amusing to watch a person who is typically rational and graceful begin to froth at the mouth about this issue. I always wonder what it is that they are so afraid of? They don’t generally become so angry with Jewish people who might not believe Jesus is the Messiah. They usually aren’t so hateful with Hindu’s who don’t believe Yahweh is the One true God. Why does this issue stir fury of the fundamentalist so?

I could speculate about that, but what it obvious is that like Jesus we haven’t done anything that warrants our being spiritually destroyed. Fundamentalism is almost always a fear based faith. That is as true of our fundamentalism as it is of theirs.

Jesus lived free from fear and for that they wanted to destroy him.

It is important to note, however, that the Pharisees were not the only ones in this story who got angry. According to the passage, when Jesus saw how callused their reaction was it says he “looked at them with anger and was grieved at the hardness of their heart.”

I have attended the annual Church Leadership Institute at the Crystal Cathedral several times. They invite the pastors of some of the largest churches in the world. It was so impressive to hear Paul Yoni Cho speak. He pastors a church in Seoul with over 750,000 members. And I enjoyed Bill Hybels whose Willow Creek Community Church outside Chicago has over 17,000 in attendance each week.

Of all the people I have ever heard, the most inspirational was Bill Wilson. He has one of the largest Sunday Schools in America. They use dozens of buses to pick up kids from the poorest neighborhoods of New York. They often feed these kids the only hot meals they get over the weekends when they are not in school. Hundreds of volunteers try to teach these poor and often abused children how deeply they are loved by God.

Bill Wilson tries to provide a taste of love that they might not otherwise find in their families. This is a very important ministry to him. I heard him speak one day about a little seven year old boy. The boy’s mother was seldom home and provided only the barest of nurturing. Then one day she took her son out for a walk. They walked through this drainage ditch and when they came to the culvert she told the boy to sit there and wait while she ran an errand.

The little boy sat there for two days. His mother never returned. A stranger happened along who took him in and fed him and loved him. Bill Wilson became a fundamentalist about love because he was that seven year old abandoned boy whose life was saved by the love of a stranger.

Jesus too was a fundamentalist about love. For him, the law of love took precedent over the Sabbath law, or any other. Love was a law that Jesus believed should never be violated. That doesn’t sound like a radical idea.

But notice what that meant in Jesus’ life. To love the stranger with the withered arm was to risk rejection and condemnation. In fact, for him, to love meant making others so angry they wanted to destroy him.

Notice that Jesus didn’t give the fellow a new hand, but he calls the man to stretch forth the hand that is within him. That is what love is.

Love is not something we have, that they don’t, or a way we give them a little of what we have. True love takes great risks, and at times pays a great price in order to empower others to become all they can be.

Jesus called life and health from within the people to whom he ministered by reaching out to them with compassion, not with religion.

Our goal must never be to make people feel religious, but rather to make them feel loved. We who have been touched by God’s grace must gracefully reach out to include others in the family of God.

Lloyd C. Douglas in one of his novels paints a picture of Jesus’ encounter with the tax collector Zacchaeus. After Zac has said that he is going to return any money he has over-charged, Jesus asks him why he is changing his life. In the novel, Zacchaeus answered, “Because Rabbi, I see mirrored in your eyes the Zacchaeus I was meant to be.”

As the Body of Christ in this place, we are called to look at people with eyes of love. They are our family. Though they may be hurting and broken and misguided, they are our family. We must love them in a way that empowers their potential to become more than they are.

Let me close with an article about Bill Wilson entitled, “Why I Chose to Live in Hell”. This story comes from a Sunday school ministry in the part of New York City that has been rated “the most likely place to get killed.” Bill Wilson has been stabbed twice and shot at. A member of his team was murdered doing his ministry. Yet they have developed the largest bus ministry in America – not in the suburbs but in Hell’s Kitchen.

Bill writes: “One Puerto Rican woman, after being saved, came to me and asked how she might serve God. The problem was she didn’t speak English. She was so passionate about helping though that I had to find a place for her to serve.

“Okay,” I said, “I’ll put you on a bus. Ride a different bus each week and just love the kids.” That is just what she did. She would find the worst looking kid and say to him or her the only English words she knew, “I love you and Jesus loves you.”

After several months, she became attached to a little boy named Ray. They said Ray could not speak. He came to Sunday School each week with his sister and all the way there and back he sat on her lap while she whispered to him, “I love you and Jesus loves you.”

One day, after almost a year, to everyone’s amazement Ray turned, put his arms around her neck, and stammered, “I-I-I l-love you too.” That was 2:30pm on Sunday afternoon. At 6:30pm, Ray was found dead in a garbage bag under the fire escape. His mother had beat him to death and thrown him in the trash. “I love you and Jesus loves you.” Those were some of the last words that the little guy ever heard. They came from a Puerto Rican woman who could not speak English. 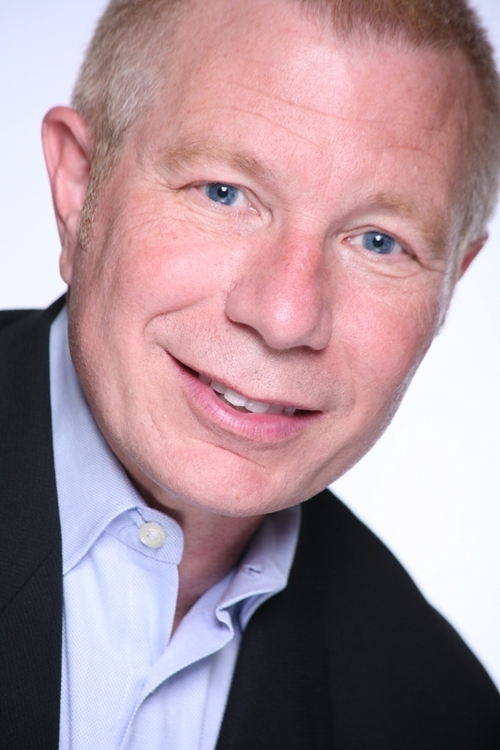 Currently serving as pastor of Broadway UCC in New York City, Rev. Michael S. Piazza is a Georgia native who has also served as pastor of churches in Texas, Oklahoma, Florida and Connecticut, as well as serving as senior pastor of Virginia-Highland Church in Atlanta before serving as senior pastor and dean of the Cathedral of Hope in Dallas, Texas. He holds a bachelor’s degree in history from Valdosta (Ga.) State University and an M.Div. from the Candler School of Theology at Emory University in Atlanta. His books include Liberating the Gospel, Liberating Word, A Daily Reflection for Liberals, Volume One: The First Testament, Gay by God: How to be Lesbian or Gay and Christian (formerly Holy Homosexuals), Queeries: Questions Lesbians and Gays have for God, The Real antiChrist: How America Sold its Soul, Prophetic Renewal: Hope for the Liberal Church, Vital Vintage Church, Fishing in a Shallow Sea and, with Rev. Cameron Trimble, Liberating Hope: Daring to Renew the Mainline Church.