My name is Vanessa Sheridan and I’m a proud, happily transgender person who is also a Christian — a follower of and a believer in Jesus Christ as my Savior, teacher, and role model. I consider my status as a transgender Christian to be a wonderful blessing and I wish to convey my joy in that blessing to my lesbian, gay, bisexual and transgender sisters and brothers who may be reading this article.

Writing as Vanessa S., I’m the author of two published books on being differently gendered and Christian. My first little book was The Cross and the Crossdresser; Personal Reflections on Crossdressing From A Christian Perspective, and my second (newly released) book is entitled Cross Purposes: On Being Christian and Crossgendered. To my knowledge these are the first two books ever published that deal directly with this particular topic. In case you’re interested, both of these books are available from CDS Publishing.

For the last ten years of my life I’ve been on a rather amazing journey of self-discovery — a spiritual quest, if you will. My goal was to find out if my intrinsic transgender orientation and corresponding behaviors were compatible with faith in God through Christ Jesus. Therefore I had to go back to the beginning, to discard much of the religious (and often highly inaccurate) baggage I’d been carrying around for most of my life, and then begin reconstructing my faith from the ground up. In the course of that effort I’ve learned that God definitely loves and accepts me as a transgender individual. This awareness has not come about quickly or easily, but has involved much prayer, research, and personal struggle. The result has been a new and strengthened adult faith in my relationship with God through Jesus Christ, and I know beyond any doubt that I belong to God and am a Christian.

In the fall of 1996 I applied — as an openly transgender person — to United Theological Seminary of the Twin Cities, an ecumenical Christian seminary of the United Church of Christ, for admission to their M.A. program in Religion and Theology. My belief was that if God wanted me to go to seminary then God would have to open some doors; I wasn’t going to lie about my gender orientation, and I wanted to be very clear about my goals and reasons for wanting to attend the seminary. After the preliminary application work was accomplished I was scheduled for a matriculation interview with the Dean of the Seminary, and I approached that interview with some understandable trepidation.

To make a long story short, things couldn’t have gone better. The Dean respected me as a person and a Christian, and I trust that was because he recognized that I was attempting to serve God with as much honesty, authenticity, integrity and humility as I possessed. Apparently I was able to convince the Dean that I wouldn’t be a detriment to the Seminary but could instead offer an opportunity for others to grow, to learn, to see and to experience something of the delightful diversity that is so integral to God’s creation. I was extremely happy to get the good news of my acceptance but was even more pleased to discover that, at least as far as I knew, I would be the only openly transgender seminary student at any Christian seminary.

Having been officially accepted as a student and reassured that I would have the same rights as everyone else on campus to personal freedom, dignity, and respect, I prepared to begin classes during the winter quarter, beginning in February of 1997. On the first night of class I attended as my male self, but during the obligatory personal introductions I made sure that everyone knew I was a transgender person. I was very open about this because I wanted to see if there would be any negative reactions from the instructor or my classmates. There were none, but several people indicated a curiosity about the whole thing and I was glad to discuss it with them. After a few more times of attending class as my male self I announced that the following week I would be attending as Vanessa.

The next week I was somewhat apprehensive but determined to go through with it. For my seminary debut I dressed very simply in a turtleneck blouse, a sweater, a long skirt and a pair of flats. I did a conservative makeup job and wore only small earrings, a watch, and a wedding ring. In short, I tried to look like a typical woman that you might see on campus. I remember that when I walked into the classroom one of the female students looked at me, smiled, nodded her head and said, “Wow.” Everyone treated me with the utmost courtesy and respect, and I was simply allowed to be myself. It was a wonderful feeling to know that God had given me this opportunity, and I was determined not to do anything to create negativity for my transgender Christian sisters and brothers.

As time went on I began attending classes frequently while dressed as a woman, and I have yet to encounter any hostility or antagonism from another person at the Seminary. It has been a remarkable experience; I’ve been accepted and now feel quite at home there as either my masculine or feminine self. My vision for service continues to be clarified, and I’m grateful to God for the wonderful opportunity that is mine. I plan to continue on through seminary, graduate, and begin developing a ministry that will address the unique, specific spiritual concerns of transgender persons. With God’s help I’ll do my best to make a positive difference for my people. I ask for your prayers, and I’d appreciate hearing from anyone who’s curious or who would like to become involved and/or contribute financially to this effort. May God bless you richly. 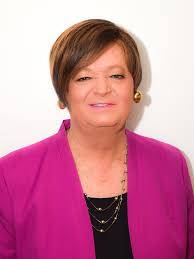