The Bible clearly and succinctly states in Leviticus 18:22 that “You shall not lie with a male as with a woman; it is an abomination,” and in Leviticus 20:13, “If a man lies with a male as with a woman both of them have committed an abomination; they shall be put to death; their blood is upon them.” What’s the old saying? The Bible says it — I believe it, that settles it! Leviticus also teaches us that women are unclean during their menstrual cycle, that defecating within the camp was unacceptable lest God step in it while walking in the evening, and a woman giving birth to a male child is considered unclean for a week — for a female child two weeks. Is this the inerrant Word of God? Not even the most fundamentalist/literalist would claim all of the Levitican Law is the inerrant word of God. For the rest of us, it’s not even worth debating.

This is not to say, however, that Leviticus and the other books concerning the Law should be excised from the canon nor that it is not relevant or that it has not place in contemporary Christendom. Throwing out the baby with the bathwater is never an appropriate response in the world of biblical interpretation. There is much in Leviticus, as well as the other books containing commentary .. the Law, that is not only practical, but was necessary for the health of the tribe. Therein lies the issue for Leviticus, et.al. — it must be understood and interpreted within the framework of its own particular cultural milieu.

The book of Leviticus is a product of its culture. Not only that, it is a commentary of the Law as represented in the Ten Commandments. The writers were not scientists nor historians writing from expertise, but were persons of faith — priests, writing from the unique experiences that they encountered. They were problem solvers in a era where simplistic, yet decisive, actions were necessitated by illnesses and controversies that arose within the camp of the tribe of Israel. They were cultic people who were forced to make quick and sudden decisions as need arose. For twentieth century Christians to use these formulas as criteria for ethical and moral decision making would be naive at best, heresy at worst. The priests used the tools of knowledge at their disposal, just as we are required to use the tools of knowledge available to us. Today, we can benefit from thousands of years of learning!

Bottom line — the arguments suggesting and concerning homosexuality in Leviticus as well as in all of scripture, must be treated equally. The Bible is not a cafeteria, there can be no picking and choosing! The rules of interpretation must be consistent across the board. Therefore, the Leviticus text must be critiqued as a whole, and not willy-nilly in order to defend or condemn a particular point of view. A verse taken out of its context is never an appropriate rule of measure for doing biblical exegesis and interpretation with integrity. This is especially so with the Book of Leviticus. A little common sense never hurt either! 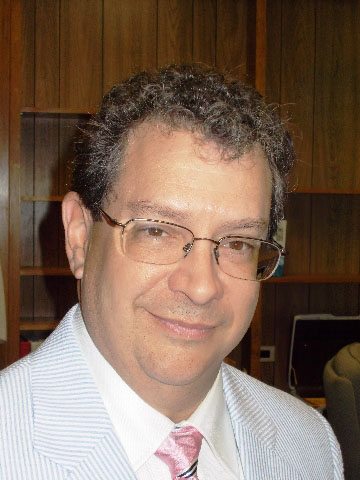 Rev. Timothy Shirley served as senior pastor of Virginia-Highland Baptist Church in Atlanta, Ga., in 1999 when the Georgia Baptist Convention voted overwhelmingly to expel his church and Oakhurst Baptist Church of Decatur, Ga., for not condemning homosexuality. It marked the first such expulsions in the convention’s 177-year history and followed moves by the convention to alter its constitution to prohibit and exclude congregations that “affirm, approve or endorse homosexual behavior.”