The Atlanta Interfaith AIDS Network, Inc. (AIAN) was formed in 1989 to address the AIDS crisis from a faith perspective. AIAN motivates and empowers faith communities to serve people infected with HIV/AIDS by providing direct services to them through members of the faith community. There are two programs which provide these services:

A day center at 1053 Juniper Street in Midtown Atlanta. It is a sacred space which recognizes and responds to the enormous changes which people living with HIV experience. These changes require new sources of strength and inspiration. Open 10:30 til 3:30 Monday thru Friday, Common Ground offers emotional and psychological support in a communal setting. Common Ground provides a place for those living with HIV to feed their spirits and their bodies. Last year, more than 3,000 meals were served through the lunch ministry. There are more than 24 congregations taking part in the lunch ministry.

This is a Care Team Project comprised of congregation based volunteers. In the past year alone, 86 care receivers have received 12,754 hours of practical support from more than 32 congregation-based teams. The spiritual resources of care givers and the structural support of the program enable care givers to reach beyond themselves as they respond to others in need. There are presently 70 congregations in the Jewish, Christian and Unitarian faith traditions working together in the interfaith AIDS network. 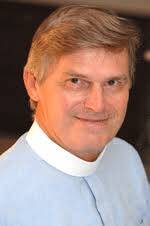 A Franciscan friar for 25 years prior to his call to the Episcopal Church, Rev. Robert A. Hudak served as rector of St. Paul’s Episcopal Church in Greenville, S.C., for 13 years before retiring. A native of Clifton, N.J., he completed his undergraduate studies at The Catholic University of America in Washington, D.C., and earned an M.Div. at the Washington Theological Union in Silver Springs, Md. Ordained a Roman Catholic priest in 1974, he was received as an Episcopal priest in the Diocese of Atlanta in 1988. He served as executive director of the Atlanta Interfaith AIDS Network in the 1990s.