Scholarship on the Bible and ‘LGBT issues’ is proving to be very startling lately. Here are a few recent papers to check out:

1. Biblical-era Jews were maybe not so ‘anti-gay’

Most men in the ancient world were assumed to be bisexual, so it’s not surprising to find Jewish officials who loom over the New Testament gospels keeping slave boys for sex. The Jewish historian Josephus recalls that Herod the Great “had some eunuchs of whom he was immoderately fond because of their beauty.”

Christopher B. Zeichmann discusses this and related examples in a 2020 paper, “Same-Sex Intercourse Involving Jewish Men 100BCE–100CE.” Jews from the Biblical period are often thought to be very opposed to same-sex eroticism, but were they just on the theological down-low? As he notes, “many Roman writers condemn same-sex intercourse with equal fervor” — and that’s a big LOL.

2. The Roman centurion and his slave are a thing?

In a story told in three gospels, a Roman military officer comes to Jesus asking for a healing for his young male slave. A few scholars have suggested this looks like a sexual relationship. It had seemed an eccentric view to the Christian who sees the Bible as a narrative zone somehow, remarkably, cleansed of all sexual difference. In a 2018 paper, “Gender Minorities in and Under Roman Power,” Zeichmann updates the case of the Centurion and his boy. See also the recent Whosoever article: “Maybe Jesus Actually Did Say Something About Homosexuality After All.”

These relationships were common in the Roman world. The Centurion calls his slave a Greek word, παῖς, that can suggest a sexual relationship. In Luke 7:2, the boy was “dear” or “precious” him. Why does the English word ‘gurrrl’ keep welling up in one’s throat? The writing is on the wall.

The world seems to be catching up to David Tombs, the scholar of Liberation Theology in Latin America who, back in 1999 had a very provocative paper, “Crucifixion, State Terror, and Sexual Abuse,” which suggested that Jesus had been subject to sexual violence at the hands of Roman soldiers. They might not’ve been just using their hands, either.

Jesus was stripped, beaten, subjected to “mockery” — which is a regular clue to Bible rape narratives. In the post-#MeToo world, Tombs updates his case with a 2019 paper, “#MeToo Jesus: Naming Jesus as a Victim of Sexual Abuse,” and a 2020 paper offers help, as an educator, for helping Christians to see the messiah offering a compelling witness to the trials of victims, being one himself: “Hidden in Plain Sight: Seeing the Stripping of Jesus as Sexual Violence.”

Later scholars have picked up on Tombs’ direction. Jason J. Ripley, in the fascinating 2015 paper “Behold the Man”? Subverting Imperial Masculinity in the Gospel of John,” has the provocative possibility that Jesus’ gender instability “is also the revelation of the Father’s masculinity, who likewise opens himself to mutual interpenetration and indwelling,” as both Father and Son offer a new model of masculinity based on “vulnerability rather than vanquishment.”

Near the end of the New Testament is a tiny letter by the apostle Paul that tells a story about — a runaway slave? Or something. Efforts to identify the plot tend to run the gamut. A 2011 paper by Joseph A. Marchal, “The Usefulness of an Onesimus: The Sexual Use of Slaves and Paul’s Letter to Philemon,” followed up by a 2019 book, Appalling Bodies: Queer Figures Before and After Paul’s Letters, suggested that the basic terms have been misread.

Marchal works off the slave’s name: ‘Onesimus’. In the Bible, names tend to set out the core of a character. Christian commentary typically says that Onesimus means ‘useful’. But apparently this is not quite right. The name ‘Onesimus’, Marchal says, means ‘good for use’, ‘well-used’, or ‘easy to use’. To a person in the world of the New Testament, he writes, this suggests “the erotically available (or sexually vulnerable) enslaved person…”

Christianity broke its own rules in translating the slave’s name, for “use” is often seen as a cue to sex. If “natural use” in Romans 1:26–27 is “intercourse,” as often supposed, then ‘Onesimus’ means — ‘good for intercourse’. If Onesimus is a sex slave, then he may be young, ‘pretty’, long-haired, and castrated.

The slave owner’s name, ‘Philemon’, is as meaningful. It suggests the Greek word phileo, or ‘love’, and also philēma, which means ‘kiss’. Philemon seems to be a man made for love. He seems to be a very ‘loving’ person — who has a male sex slave. Thus we see a conflict — both in Christian anti-slavery teachings, perhaps, and in traditional Jewish views on same-sexual eroticism. It might be either which Paul steps forward to help resolve.

We read in v.16 in the NIV translation Paul speaking of the slave: “He is very dear to me but even dearer to you, both as a fellow man and as a brother in the Lord.”

But is this right? The men couldn’t be “dear” as “fellow men” — or Paul, also male, would be as “dear.” Marchal provides a literal translation. As dear as Onesimus is to him, Paul writes: “how much (more) especially to you, both in the flesh and in the lord.”

Onesimus and Philemon are close in flesh and spirit. That is as close as anyone can be. Paul’s counsel is for the men to just — love each other? He sends Onesimus back home to Philemon, as he writes: “that you might have him back forever, no longer as a slave but more than a slave, as a beloved brother” (RSV).

That lesbianism was criminalized by the deployment of two words — “their women” — when all of Old Testament law was silent on this subject — might’ve been a clue to some kind of problem. Along came David J. Murphy in a 2019 paper, More Evidence Pertaining to ‘Their Females’ in Romans 1:26,” to detail more of the problems here. For sex to be ‘unnatural’ to ancient people, he suggests, it might’ve more easily been non-procreative straight sex.

But scholars have been murmuring for years that the blizzard of allusive references in Romans 1 looked suspiciously like the master narrative of the Enoch literature — that old story of fallen angels taking human wives. Brett Provance lays out this case in a 2019 paper “Romans 1:26–27 in Its Rhetorical Tradition.”

The talk of a union that is “against nature” might then come into stark clarity, because it then concern angels with women — beings that have different natures. One is human, the other is angelic. For humans of the same gender to touch each other in even the most intimate of embraces couldn’t trip the offense, for they share the same nature — human nature. Thus, Provance finds that “homosexuality is not the main concern in this passage, and female same-sex sexual activity is not to be found in the passage at all.”

Paul’s language, he observes, tracks rather closely with several passages in biblical literature, including the Wisdom of Solomon and a striking parallel in a Dead Sea Scrolls text, the Testament of Naphtali (3:4-5). The offenses in view, then, would clearly not be two humans rubbing excitedly, but rather involves the rather more important problem of a divinity gone wild.

Details might still be worked out, but the real problem to be faced might be in understanding how a religion managed, for so long, to wrangle a few incidental, ill-understood passages into an overthrow not only of the teachings of Jesus, but of Paul himself. For how had the apostle put it in Galatians 5:6?

“The only thing that counts is faith expressing itself through love.” 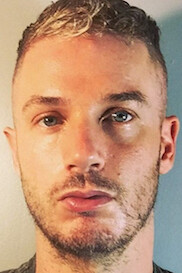 Jonathan Poletti has been published in Roctober, Tablet, the New Oxford Review and Salon and is currently a religion blogger and editor on the topics of LGBTQ, music, books, feminism, history and art at Medium.