The Spiritual Crisis of Coming Out

A few weeks ago, as I prepared my sermon for Palm Sunday, it occurred to me that the Triumphal Entry of Jesus into Jerusalem was, in a sense a “coming out” for Jesus. Having previously downplayed and hushed his identity as the promised Messiah (though never denying it), Jesus was now deliberately and publicly announcing his Messiahship. The parallels are striking between Jesus’s “coming out” and our own. Inevitably, such a coming out precipitates a spiritual crisis, just as the Triumphal Entry launched a profound crisis in the spiritual life of Israel and of Jesus’ disciples, as well as for Jesus himself.

Jesus had previously kept very quiet about being the Messiah. Some Biblical students refer to this as the “Messianic Secret.” He commanded demons to be quiet when they shrieked His identity, and He told people who were healed not to tell others. Why would Jesus be so reluctant to proclaim being the Messiah? Most likely, it was because of all the popular misconceptions and preconceived notions about the mission and identity of the Messiah. Jesus knew his ministry would be greatly hampered by these misconceptions, and wanted people to view him without prejudging him on the basis of what the Messiah was “supposed” to do.

It may well be that the crisis that erupted in Jerusalem during Holy Week was due, at least in part, to the fact that Jesus had declared his Messiahship openly and people began expecting him to fulfill the popular notions of the Messiah: raise up an army, oust the Romans, restore the kingdom of Israel to its Davidic glory. Failing to meet these expectations, Jesus was quickly transformed from a conquering hero to just another rabble-rouser to be crucified. The crowd turned against him when he failed to live up to their expectations.

Like most gay and lesbian people, I want to be accepted by others for who I am, not just as a “gay man.” My sexuality is not a definition of myself, even though it is an important part of my identity. I resent the misconceptions that straight people often have of gay men: we’re swishy, effeminate, child-molesters, promiscuous, over-sexed, flighty, and all the other stereotypes. I do not want to be defined by these, but as soon as I am identified as being gay, the stereotypes come into the picture, at least to some extent. Resisting the stereotypes often keeps the closet door firmly shut.

As Jesus’ “coming out” in Jerusalem launched a crisis in that city, coming out of the closet will inevitably precipitate a crisis in our lives, a crisis that might be social, financial, relational, professional, and even spiritual. In fact, all of the other facets of the crisis of coming out seem to funnel down into the spiritual life. My own coming out meant losing my job and career (I was a Presbyterian pastor for 16 years), facing divorce from my wife and separation from my children, moving to another part of the country and trying to put all the pieces of my life back together into some coherent whole. Suddenly I went from having been the interpreter of God’s Word and a spiritual leader to being an outcast from most of the Church, deceived by Satan, and an enemy of the “truth”.

But in spite of all these changes, the most profound and meaningful ones have been in my spiritual life. The crisis for me arose when, after several years of “ex-gay” ministry, I began to realize that my sexuality was not changing. God was not answering affirmatively my prayers to be straight. Instead, I began to hear, from books and personal testimonies of people who just “happened” to come into my life, that a person CAN be gay and be a Christian. I was reading convincing arguments that the Bible does NOT condemn loving same-sex relationships. Suddenly, I realized I had been misreading the Bible for years, forcing upon it the popular misconceptions and mind- set of those who just KNEW what God was saying. It was no longer a matter of accepting or rejecting the Scriptures. It was a matter of coming to a new understanding of what the Scriptures really teach, and rejecting the misconceptions and preconceived notions through which we interpret Scripture. I began to see the ministry of Jesus in a totally new way. I understood in a new way what justification by faith is all about, and how the Law is no longer binding on us. This was a profound paradigm shift for me! Not only did I have to throw out some ideas that had been with me for years, I had to begin to question everything I had ever believed. In what other ways had I been completely missing the point? I even began to wonder if I had really been a Christian when I had so dreadfully misunderstood the radical impact of the Gospel.

This kind of spiritual crisis, though profoundly disturbing, is also a healthy means of growth. The process of coming out forces us into listening carefully for the voice of God amid all the voices around us that clamor for attention and attempt to tell us what God has to say. This deepens faith in a way that few other experiences can. It forces us to question our preconceived notions as we read the Scriptures, and to search for what the Holy Spirit is actually communicating to us through them. This might put us at odds with other Christians who cannot accept the notion that one can be a Christian and also be openly gay. But we must learn to listen to the voice of God for ourselves, and not automatically accept the voices around us as being channels of the truth. They are, after all, human just like us, and subject to being mistaken and even deceived.

Jesus had to face the wrath of his enemies when he “came out” in Jerusalem. He knew that the path ahead was one that would be unimaginably difficult. But he also knew that it was the path chosen by God, and no other path would be acceptable. We may face similar crises when we make the decision to come out. When such a crisis comes, we can do more than just survive it; we can embrace it and learn from it and grow in ways that might not ever have been possible otherwise. The crisis can be a marvelous opportunity to learn and grow, to lean on the everlasting arms of God, to discover new facets of the truth, and to gain a new understanding of ourselves as we have been created by the infinite and unfathomable love of God. 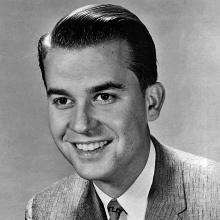 A native of Pittsburgh, Pa., Richard W. Clark earned a bachelor’s degree in religion from Westminster College and a Master of Divinity from Gordon-Conwell Theological Seminary and did postgraduate work at Fuller Theological Seminary before serving as pastor of Presbyterian congregations in Pennsylvania and Kansas. When he came out in 1995 he was removed from ministry and spent four years in an ex-gay ministry. He relocated to the Washington, D.C., area and started a new congregation and currently works for the federal government.