Imagine the Hollywood pitch meeting: Producers try to convince cable television executives to green light a new series about a burned out Oklahoma City homicide detective named Grace. She smokes, drinks, swears, looks for love in all the wrong places, and is played by Holly Hunter.

So far, so good, the money guys say, but what’s the gimmick? Well, there’s this cantankerous but folksy angel named Earl who tries – without much success – to save her from herself (and hell). Hence the show’s title, Saving Grace. Hmm, an angel of redemption who sounds like a Southern Baptist, having no luck convincing a lapsed Catholic to mend her ways.

Where do we communicate most effectively to young people about faith? Certainly not in the sanctuary or the classroom. “More theology is conveyed in, and probably retained from, one hour of popular television, than from all the sermons that are delivered on any given weekend in America’s synagogues, churches and mosques,” Phyllis Tickle writes in God Talk in America.

After decades of avoiding religion for fear of alienating viewers and sponsors, prime time television discovered an audience for faith-related shows. That is, as long as the series were upbeat, inspirational, and rarely (if ever) used the word “Jesus.” Michael Landon’s Highway to Heaven begat Touched by an Angel and 7th Heaven; all enjoyed ratings and commercial success. But for shows taking a more complex look at faith – Nothing Sacred, The Book of Daniel and Joan of Arcadia – the outlook has been bleak. So far, Saving Grace has survived its first season on TNT (next season, writers say, the title character will date a Jew), but students I spoke with recently at Southern Nazarene University in Oklahoma City were barely aware of it.

However, the real breakthrough in fostering grassroots discussion of religion hasn’t come in TV programs premised on religion, but in the growing number of shows about people in whose lives faith plays a part. Increasingly in dramas and comedies, the “Christian character” is becoming as ubiquitous as the “gay character” (and, before that, the Hispanic and African American character). The “Muslim character” may not be far behind – a new CBS comedy, Aliens in America, has at its center a Pakistani exchange student.

Viewers seem to accept light-hearted treatments of serious religious issues in animated sitcoms even more readily than in live action shows. A chief example is The Simpsons, now in its 19th season and just off its first feature film (which earned over half a billion dollars in theaters worldwide). This smart show features a family that is incidentally (rather than centrally) praying, church-going, grace-saying and Bible-reading. With sophistication and sympathy, The Simpsons has portrayed mainline, evangelical and Pentecostal Protestantism; Catholicism; Judaism; Hinduism; Buddhism; religious cults; and Western missionaries in the Third World. Bible stories, the Ten Commandments’ relevance, gay marriage, the soul’s nature, and the tension between science and religion have also been front and center. Less obviously, dozens of other episodes include jokes and images about faith’s role in characters’ lives, especially in the evangelical next door neighbor, Ned Flanders.

Other animated shows have waltzed through the door that The Simpsons shouldered open. Futurama, also from The Simpsons’ creator Matt Groening, had an award-winning episode focusing on God’s nature and divine intervention. King of the Hill has considered women ministers, “extreme Christianity,” and mega-churches. Even the cruel, harder-edged Family Guy, which gleefully crosses the line into blasphemy and sacrilege, says some serious things about issues like Catholic prejudice toward Protestants.

No show has been more fearless than Comedy Central’s South Park, which regularly mines the territory between scatology and eschatology. The show has tackled radioactive topics like clergy sex abuse, Scientology, and portrayals of Islam by Western television. An episode dealing with Mormonism was simultaneously satiric and respectful, without once mentioning polygamy. South Park has produced devastating critiques of Mel Gibson’s The Passion of the Christ and Christian “reparative therapy” programs for gays. Naughty, nasty and nihilistic, the show’s pint-sized potty-mouths have literally eviscerated Bill Donohue, the show’s tormenter from the Catholic League for Religious and Civil Rights.

These shows matter because they reach millions of viewers weekly – where they are. Lounging around living rooms or dorms, younger viewers tend to drop their customary veils of skepticism as the small screen entertains them. In an age of evaporating attention spans and the dumbing down of serious discourse, at least someone is talking about religion. 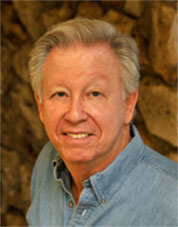 A former newspaper journalist, Mark I. Pinsky is the author of the bestselling The Gospel According to The Simpsons: The Spiritual Life of the World’s Most Animated Family. He is also author of The Gospel According to Disney: Faith, Trust and Pixie Dust; A Jew Among the Evangelicals: A Guide for the Perplexed; and Amazing Gifts: Stories of Faith, Disability and Inclusion.