Gay Morality – Yes or No?

I was on my way to Kuala Lumpur when I started thinking about the past year and what came to pass in my own life and in my church’s, Gay Christian Community in Cape Town, South Africa.

I suppose my melancholic mood was brought on by the time of year and the fact that I was going away from Gareth for the first time. Especially in the light of recent happenings in our lives.

It seems that when you are in a relationship, you face special problems, which you never expected. We found our relationship under attack from gay people from all quarters! This experience seems to be a general one with those who are blessed enough to be in relationships.

Is it perhaps that the devil does not want good, sane relationships to spoil his evil plans? After all, if gay people continued to believe they were doomed to a life of opportunistic sex, STD’s and brief moments of happiness, then it will be much easier to corrupt a few souls?

We’ve all heard the argument that gay relationships don’t last because the straight community is unsupportive. It is ironic that Gareth and I are getting tons of support from straight people! For instance, Gareth walked to his boss and told him that he is gay and in a relationship and wanted leave during December (my work closes for the festive season). We are having our first holiday together. There was no anger, no remarks, and no repercussions, just support!

My one straight girlfriend visited from Gauteng and just told me that she felt offended that I didn’t talk to her about it, since she knew all along anyway. Amongst some gay friends we experience jealousy, cynicism, gossip, etc. This made me think of the present state of the gay culture and humanity in general: In Yugoslavia, culturally inter-married families turned on and killed each other! And we thought we wouldn’t see another Holocaust! The fact is, as ‘civilised’ as we think we are we’re still all capable of the most terrible deeds.

I believe God does not use a thermometer for hell. Whether we impersonate Judas Iscariot or shoot our own family, it’s one and the same thing.

We often hear how we should not trust Christians, how two-faced they can be; the fact is Christians are just like everybody else. We do not become faultless overnight – in fact the only real initial change is the acknowledgement of our dependence on God and His creation. This dependence has to bring hope, faith and a will to please God – thereby others and ourselves. In time we will leave our bad behaviour behind, simply because we developed the guts through God’s Gift of Strength to face our conscience.

In a massive nuclear power station, the core of activity revolves around a small canister of uranium. Excited in a controlled environment it produces clean power for our benefit. When mismanaged, it leaks poisonous gasses that pollute and silently kill for many years after. Likewise, the human conscience. It is the epicentre around which human existence revolves. It can be a blessing from God or a curse. It remains our choice.

When it comes to facing our conscience, humans are rather cowardly and prefer lives of deceit and self-denial. GCC as a body (or the gay culture for that matter) is no different. Unless we proclaim in an affirmative manner our allegiance to God, we’ll get nowhere. As a church we have not asked God to bless our growth. We have not asked Him what we want and what we need.

Jesus asked the blind man what he wanted, not say let me heal your blindness. Apparently most of my troubles started because of my audacity to raise the question of ‘gay morality’. Is or should there be such a thing?

When we accept God into our lives, surely there must be some changes? I believe morality is as individual as the person. What is right for one may be sin to another (Romans 14:14) and thus we must refrain from judgement. Shakespeare says that there is nothing wrong in the world, it is thinking of mankind that makes it wrong.

To me, the message of Romans 14 was thrown overboard by the religious world, simply because it extended God’s gift of freedom and choice to all His children. Free thought has been oppressed through the ages. Through prayer and faith we will each develop our own set of values which we feel comfortable with.

This is where GCC has to work on supporting believers in a spiritual path where ALL people are welcome. A place where we have the attitude that one’s past is irrelevant since one’s future is perfect. HOWEVER, there is a line to be drawn for personal morality: where it affects others in a negative way. Romans 14:20-21 says that nothing in itself is wrong, provided it does not offend or leads another into temptations.

I’ll give a good instance: Gareth and I went to a bookstore to find books to review for last month’s issue. Gareth likes maps and was looking for new releases and I was looking through the gay books. The next minute I was being camped from three sides. I got angry. I felt like a piece of meat! The term ‘sexual harassment’ sprang to mind. I called Gareth to come and stand with me and then asked him to help, but against ourselves and our beliefs.

Talking about gay morality raises a lot of eyebrows, because it threatens the Status Quo. “It’s alright to do whatever you like because you’re gay”, but it is not. GCC has had a lot of bad publicity in the past due to this. GCC is primarily a place of worship and if we come with other motives, we should be disciplined or stay away. After all, how much respect do we have for God if we come to camp or gossip or for any other malicious reason? It would then be better to turn it into a market!

Growth in GCC is imperative, but that does not mean we have to accept bad conduct, after all, it is hampering our growth.

This year I want to make a positive effort to talk. There is much being said in private or not said at all. Dialogue is like a needle to a boil, it opens up, cleans, and gives an opportunity for healing. Gay people need to start talking about ALL the issues. Deep down inside, we all know what God wants and what is best for us, we must heed this call, even if it makes life difficult in the short term, because it will pay dividends. 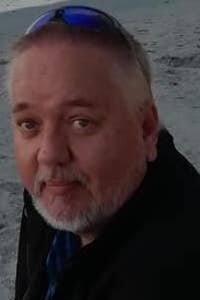