The Natural Order of Creation

We have all heard the fundamentalist sound-bite, “It was ‘Adam and Eve,’ not ‘Adam and Steve.'” This saying is shorthand for identifying that the speaker is a believer in the doctrine of the Natural Order of Creation. Just what is this doctrine, and does it have any applicability today? The Natural Order of Creation (ordo creatus naturalis) is an idea that dates from the early Christian era. It is partly based on Scripture, partly based on Roman social order. Echoes of it can be found in the Old Testament, but it is chiefly based on a few verses from the New Testament. Though the writers of the New Testament were familiar with some of these concepts, we shall see that they had no intension of setting up a comprehensive doctrine of this sort.

Ordo creatus naturalis says that there is a natural order or hierarchy in God’s creation. This hierarchy has God at the top and animals, plants and inanimate nature at the bottom. Between these two extremes are angels, rulers, husbands, wives, slaves and children. The reason fundamentalists cite this doctrine against GLBT people is because they view any variance in sexuality or gender identity as a violation of the natural ordering of husbands and wives in relation to each other. Sadly this ordering is a perpetuation of that hetero-patriarchy where a man’s place is in charge and a woman’s place is in the home.

The notion of placing God at the top of the order is not difficult. “God has put all things in subjugation under [Christ’s] feet so that God may be all in all.” (1 Corinthians 15:24-28) “Submit yourselves therefore to God.” (James 4:7)

Neither is it difficult placing humanity above the natural world. The creation account says, “Let [mankind] have dominion over the fish of the sea, and over the birds of the air, and over the cattle, and over all the wild animals of the earth, and over every creeping thing that creeps upon the earth.” (Genesis 1:26-30; 9:1-7)

Placing angels second is a little more problematical. The writer to the Hebrews said, “You have made [humans] a little while lower than the angels; you have crowned them with glory and honor, subjecting all things under their feet.” (Hebrews 2:5-9) On the other hand, Jesus told his disciples “Do not rejoice at this, that the spirits submit to you.” (Luke 10:17-20) Nevertheless, adherents of ordo creatus naturalis have allowed reason to decide that angels are above humans.

Placing children next to the bottom is even more problematical. The parent-child relationship is clear enough in “Honor your father and your mother.” (Exodus 20:12; Deuteronomy 5:16; see also 1 Timothy 3:4) But placing them below slaves is found nowhere in Scripture and is hard to reconcile with John 8:35. Indeed, this and the rest of ordo creatus naturalis is a reflection of Roman society at the time of the early Church rather than the intent of God’s creation in the Genesis account.

In addition to father-child relationships, Roman society was structured around the relationships of subjects to rulers, wives to husbands and slaves to masters. In several places the apostles advise believers to conform to these societal norms. “Let every person be subject to the governing authorities.” (Romans 13:1:7; see also 1 Peter 2:13-17; Hebrews 13:17; 1 Peter 5:5) “Wives, be subject to your husbands as you are to the Lord.” (Ephesians 5:22-24; Colossians 3:18; see also 1 Peter 3:1-6; 1 Timothy 2:11) “Slaves, accept the authority of your masters with all deference.” (1 Peter 2:18-25)

Yet, there were reservations added to this conformity. When taken before the Jewish authorities, Peter and John question “whether it is right in God’s sight to listen to you rather than God.” (Acts 4:18-20) Paul also gives advice on breaking the husband-wife relationship and master-slave relationship. “If the unbelieving partner separates, let it be so.” (1 Corinthians 7:15) “If you can gain your freedom, make use of [your situation in life] more than ever.” (1 Corinthians 7:21)

Let it be noted that we live in a world where slavery has been technically abolished everywhere in the world – though in practicality it still exists in some places. Why do adherents of ordo creatus naturalis not raise a cry that presumptuous man has abolished a part of God’s natural created order? Likewise, where is the cry denouncing democracy as an unnatural inversion of ruler and subject? Step by step the Church has retreated from this teaching as parts of it no longer apply in new times and places. Fundamentalist denominations are still fighting a rearguard action against the women’s rights movement.

So far we have seen that ordo creatus naturalis is not as sound a teaching as fundamentalists would have us believe. What we have yet to see is that Jesus completely dismantled this natural order of creation. In his declaration, “The first will be last, and the last will be first,” (Matt 19:30; Matt 20:16; Mark 10:31; Luke 13:30) we hear Jesus’ condemnation of privilege oppressing the powerless – a common theme in the Old Testament, also. From Jesus perspective, if there is an order in the Kingdom of God it is from the bottom to the top, not the top to the bottom.

Ordo salutis (the Order of Salvation) is the doctrine that there is a three-part order to personal salvation. These three parts are sin, justification and sanctification. It is significant that ordo salutis does not distinguish a hierarchy of one person over another. Rather it involves themes of equality and servanthood. No one is more nor less sinful than another; all are equally slaves (involuntary servants) to sin. “Everyone who commits sin is a slave to sin.” (John 8:34-36) “There is no distinction, since all have sinned and fall short of the glory of God; they are now justified by grace as a gift, through the redemption that is in Christ Jesus.” (Romans 3:22-24) All receive justification through Christ who made himself to be a slave for us. “Let the same mind be in you that was in Christ Jesus, who, though he was in the form of God, did not regard equality with God as something to be exploited, but emptied himself, taking the form of a slave, being born in human likeness, and being found in human form, he humbled himself and became obedient to the point of death – even death on a cross.” (Philippians 2:5-8) Sanctification expects that each Christian have the same servant attitude as Christ. “Whoever wishes to become great among you must be your servant, and whoever wants to be first must be slave of all.” (Mark 9:35; 10:43-44)

Thus, within the Kingdom of God ordo salutis has superceded the ordo creatus naturalis. This is the context in which Paul declares, “There is neither Jew nor Greek, slave nor free, male nor female, for you are all one in Christ Jesus.” (Galatians 3:28) All distinctions of ruler-subject, husband-wife, parent-child, and master-servant are done away with in mutual servanthood. To every Christian, regardless of station he says, “Be subject to one another out of reverence for Christ.” (Ephesians 5:21) And Peter reiterates, “And all of you must cloth yourselves in humility in your dealings with one another for ‘God opposes the proud, but gives grace to the humble.'” (1 Peter 5:5)

The saying, “It was ‘Adam and Eve,’ not ‘Adam and Steve,'” is irrelevant, aside from the fact that most fundamentalists do not realize what ordo creatus naturalis entails as a doctrine. There is no “Natural Order of Creation” that the Christian is expected to fit into. Men are not superior to women, nor do they need to find fulfillment in each other. Each person is to “love the Lord your God with all your heart, and with all your soul, and with all your mind,” and “love your neighbor as yourself.” (Matthew 22:34-40) Each of us is fulfilled in the divine servanthood of ordo salutis.

Copyright Elisabeth Anne Kellogg, all rights reserved. You are expressly granted permission to copy this article provided you do not modify any portion of the text, including this copyright notice. 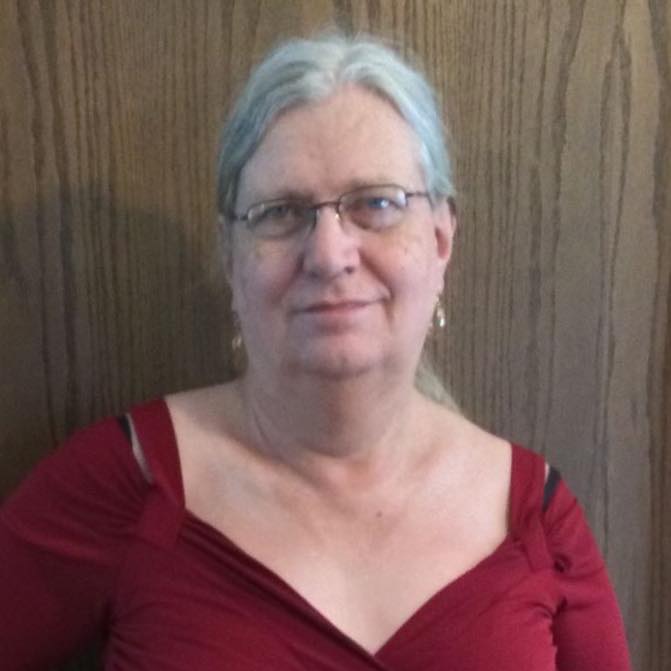 Lisbeth Kellogg lives in Minnesota and has been active in the Lutheran Church, serving on the board of directors of Lutherans Concerned/North America from 2003-2008. She earned an M.Div. in systematic theology from Concordia Seminary and an M.A. in Christian Education from Concordia University.